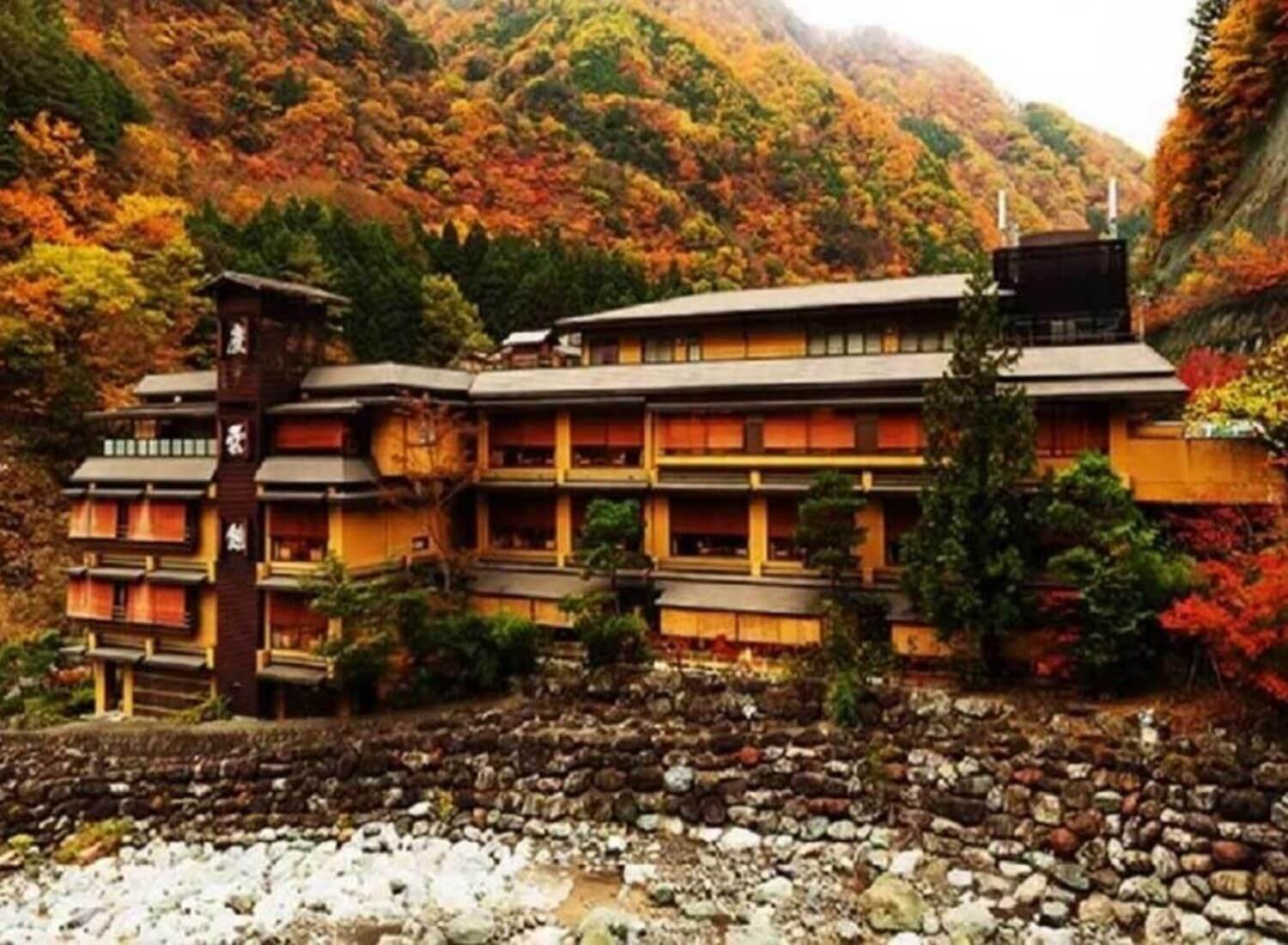 While the world has seen humanity progress in various steps through the waves of development, this discovery was led by various researchers and travelers. They paddled around the globe in the quest for new destinations. Thus, the concept of a hotel is not a new one. Its existence can be traced to antiquity. One such hotel that we would be talking about is the 1200 years old hot spring hotel of Honshu, also known as the world’s oldest hotel.

The Legacy Of Hotels

However, the first traces of establishments structured by Christian institutions providing accommodation to travelers in the form of inns, hospices, and hospitals on a regular basis was found in Europe during the Middle Ages.

But due to the lack of restoration initiatives, most of these early hotels have ceased to exist. In order to trace the world’s oldest hotel, one would have to locate their travel destination towards the Land of the Rising Sun. The Nishiyama Onsen Keiunkan is recorded as the world’s oldest hotel by the Guinness Book of World Records. This hotel is located in the Chūbu region’s Yamanashi Prefecture or the mainland Japanese island of Honshu. This area is beautifully known for the view of the gracious mountains, and Mount Fuji, the highest mountain in Japan lies at a distance of three hours’ drive from the hotel.

The Hot Spring Hotel Of Honshu

The Nishiyama Onsen Keiunkan is situated in a breathtaking location, placed on the laps of a remote valley, between the mountains. The antiquity of the hotel can be traced back to 705 AD, the second year of the Keiun era, built by the son of an emperor’s aid by the name of Fujiwara Mahito.

Not only does its age attract tourists from all over the globe, but it is also best known for being a hot spring hotel, denoted by “onsen” meaning “hot spring” in Japanese. The hotel is presently architectured to house six baths, which are fed by hot springs from four different sources.

In order to keep up with the contemporary aura, the hotel has modernized over the centuries. An example of modernization can be seen in the establishment of a karaoke bar within the premises. However, the main attraction of the hotel is traced to the long legacy of its establishment. Although the hotel was last recorded to be renovated in 1997, much of its traditional features have been kept in place.

The Importance Of The Hotel In The Present Times

As of today, the Nishiyama Onsen Keiunkan is known to be kept under the surveillance of Fujiwara Mahito’s family for a total of 52 generations. During this brief period, many people have visited the hotel from various dimensions of life. A remarkable fact was that the place is a personal favorite amongst those of the military class, which included the military commanders, shoguns, and samurai. This was because, the purifying water from the hot springs had beneficial effects on the body, which included the relaxation of tired and aching muscles.

The hotel authorities pay much attention to highlight this unique property of hot springs within their premises. Their website describes the water from the springs to contain “low alkaline properties” such as involving an amalgamation of various elements like sodium, calcium nitrate, and chloride. These properties are reputed to attenuate “gastrointestinal disorders, muscle pain, (and) constipation”, and also work to whiten one’s skin.

Relaxation Away From The City Chaos

The Nishiyama Onsen Keiunkan is a source of both mental and physical relaxation to its clients. The location of the hotel in a remote valley allows the patrons to get a quick escape from the hustle of the busy city life. While one is the hotel, Nishiyama Onsen Keiunkan ensures that they get a mental and physical breathing space in the real sense. For this reason, although various modern amenities have been installed within the premises to keep up with the pace of modernization, the hotel does not provide Wi-Fi or access to the internet. Thus, the guests at the hotel are left with no choice but completely relax at the hotel.

The owners of the hotel take much glory and pride in the establishment of this ancient architecture and continue to seek ways to upgrade the Nishiyama Onsen Keiunkan. It was reported in 2017, that a new 888m well was dug up, which is expected to provide over a thousand liters of naturally heated water each minute, thus making it the world’s most productive hot spring.

When tragedy and fantasy clash, a new conspiracy takes shape. However, metempsychosis has also been a controversial topic. It is a belief ingrained in...
Read more

In July 1912, the construction of the Colorado bridge in Pasadena, California began; by 1913, it was complete and was one of the most...
Read more

Rothschild, The House of the Red Shield, is a name having an extraordinary tradition and reputation with great pulling power in today’s world. Covered...
Read more

Seth Rich, 27, was an employee of the Democratic National Committee. He was murdered...
Previous article
The Mysterious Death Of Geli Raubal: Hitler’s Niece And Lover
Next article
Find Out How Long You Can Go Without Sleep From The Russian Sleep Experiment
Conspiracy theories