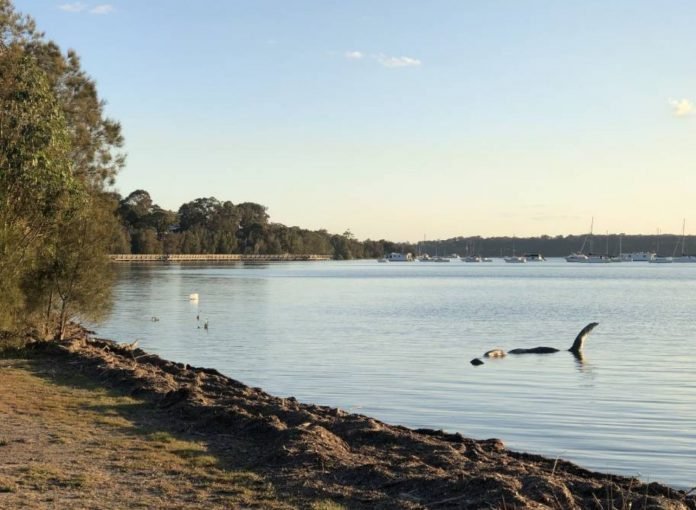 The Flathead Lake Monster is a mythical creature that has excited everybody in Montana. Many people have reported their observations about this unusual creature. Many scientists and authorities tried their best to find about this Loch Ness creature but couldn’t. Several alternative theories were devised, leading to no conclusion.

Table of Contents show
1 The Flathead Lake
2 The Loch Ness Like-Monster
3 Descriptions Of The Creature
4 The Unshaken Belief Of Julia Marley
5 “This is what I Saw, and It Does Exist”
6 Is Flathead Monster A Fact Or Fiction?

Flathead Lake, located in northwest Montana, is a natural lake and one of the largest freshwater lakes. The formation of Flathead Lake dates back thousands of years ago. The lake was formed by the glaciers surrounding the Glacier National Park that joined Flathead Valley. It is also home to beautiful island lake trips and fishing practices. The lake has a depth of 370 feet where the monster hides.

Various theorists question the existence of the Loch Ness like-monster. In 1889, Captain James C. Kerr and his other crew members, along with 100 passengers, went on a voyage in a steamboat. The passengers on the boat reported a 30-to-40 foot creature with an unsymmetrical body shape. In July 2018, 109 sightings were reported about this exotic creature.

Descriptions Of The Creature

The Loch Ness creature is described as a giant Eel by many locals. Locals describe it as a snake like-body, smooth and sometimes shiny in broad daylight. People also believe it has fins like a shark and eyes of steel black color.

“I’ve heard people describing a giant serpent that disappears in water quickly,” a sailing instructor mentioned about the monster. A biologist named Lane Hanzel has been working on this mythical creature for the past 30 years but denies its existence.

The Unshaken Belief Of Julia Marley

During Hazel’s findings, the name of Lake County judge Jim Marley was mentioned. Interestingly, there was an eye-witness who saw this monster. Living in the 21st- century, it becomes difficult to trust the monster folklore. But some people like Julia Marley, the wife of Jim, trusted her instincts and memory.

In 2005, the couple was near Big Arm when their boat’s battery died. They were tired of waiting for a ride and finally decided to swim alongside the boat. “Look, look! We can finally see it,” said Jim Manley. “It was matching the descriptions that we heard. It was 25-feet, and his humps were visible. “We heard the loud splashing, and suddenly, we saw it swimming beneath us.” Julia Marley further added.

“This is what I Saw, and It Does Exist”

As many claim, the lake Loch Ness monster is the Flathead monster. The saga of this Flathead Lake will pass on to generations. “I saw that monster on the surface of the water forming ripples. The movement of the monster was enough to misbalance my small boat,” said Richard Seimen, Bigfork. While “the saga of Flathead monster is so historic that everyone in my family has experienced it, at least once,” said Christy Jellumin.

Also, an American Show aired an episode regarding the mysterious Flathead Lake monster. Some eyewitnesses have also claimed its sightings, which are compiled in a video on YouTube.

Is Flathead Monster A Fact Or Fiction?

Mysteries have always provoked people and caught attention, and so has this one too. While many theorists believe this Loch Ness monster is an elephant, and the snake-like structure is the elephant’s snorkel, others believe it is a large fish with fins.

Many attempts to catch this monster were executed, but the hook always caught small fish. The Flathead monster is as silent as the peaceful lake and does no harm, according to people.

In conclusion, some mysteries remain unsolved. However, there is enough evidence to kindle the minds of people to get on the case again.

NASA has been showing a steadfast improvement in the field of space technology. Not...
Previous articleLewis Carroll’s Hidden Messages In Alice In Wonderland
Next articleThe Pollock Twins And Theory Of Reincarnation
© Newspaper WordPress Theme by TagDiv