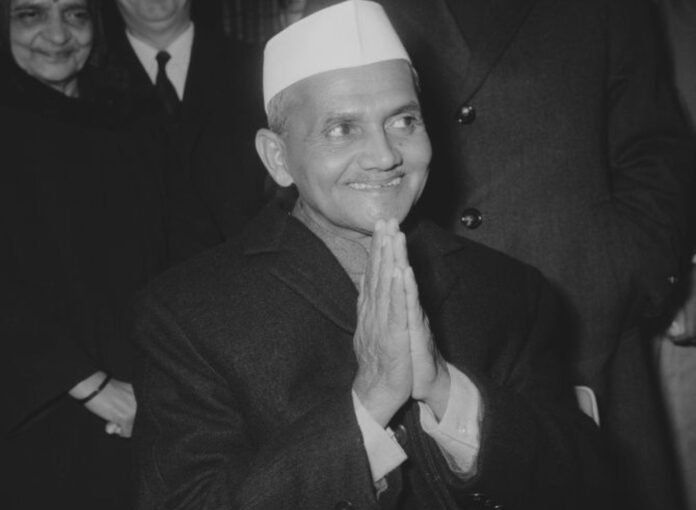 The second Prime Minister of India – Lal Bahadur Shastri, was also a senior leader of the Indian National Congress party. Following the independence in 1947, he joined the latter’s government and became one among Prime Minister Nehru’s principals, first as Railways Minister (1951–56), then during a sort of other functions, including Home Minister. He also promoted the White Revolution by supporting Amul and creating the National Dairy Development Board.

He steered the country during the India-Pakistan War of 1965. His slogan of “Jai Jawan Jai Kisan” (Hail the soldier, Hail the farmer), which he said at a public gathering in Prayagraj, became very popular during the war. The war formally ended with the Tashkent Agreement on 10th January 1966. But unfortunately, he died the subsequent day, still in Tashkent. His death, a shock to many, was reported to have happened due to a cardiac arrest, but his family wasn’t satisfied with that explanation at all.

More than 50 years have passed, and it’s always been a mystery to the people – how did he die in Tashkent? Was it an attack that killed him, or was it a planned murder? There has always been silence about this tragic loss of the nation. Obviously, many theories have arisen in the past years about his mysterious death.

Most of the evidence rules it out because the explanation for his death is said to be natural. But there are some reasons why his death is suspicious.

Table of Contents show
The KGB Suspected Poisoning
The Death Of Lal Bahadur Shastri And His Family’s Response
No Post-Mortem Was Done On Shastri’s Body.
The Responses To RTI Made It Clear.

KGB stands for Komitet Gosudarstvennoy Bezopasnosti, which translates to “Committee for State Security” in English. They were the security agency of Soviet Russia till its dissolution in 1991.

At 4 a.m., Ahmed Sattarov, the Russian butler attached to Shastri, was rudely woken up by a politician of the Ninth Directorate of the KGB, liable for the security of VIPs. In Sattarov’s own words, the KGB officer said that they suspected the Indian prime minister had been poisoned.

Shastri’s near and dear ones think it’s an insider’s work.

When Shastri’s body was bought to Delhi, nobody had a clue what the KGB was suspecting. But after seeing the blue patches on his body, his mother screamed that his son was poisoned. “Mere bitwa ko jahar de diya,” she said. The old woman’s words still haunt the Shastri family years later.

Lal Bahadur Shastri’s wife Lalita died thinking her husband had been poisoned. Other relatives and friends like his childhood friend TN Singh and his followers couldn’t add up the number of cuts on his stomach and the back of his neck. The cuts on his body were pouring blood everywhere on his pillow and the garments that he used.

No Post-Mortem Was Done On Shastri’s Body.

The only method to ascertain his death was by conducting a post-mortem. Except for some reason, the government didn’t let that happen. Many requests from Shastri ji’s family were declined for post-mortem. Interim Prime Minister Gulzarilal Nanda feigned ignorance about Shastri’s family approaching him with the demand.

The Responses To RTI Made It Clear.

When people of the nation requested an RTI on Shastri ji’s death in 2009, it was declined by the PMO, saying there were no classified documents on his death. On 1st July 2009, the ministry of external affairs (MEA) informed that the division concerned had no information on the topic. It was quite strange because the overtime of the prime minister must have thrown the Indian embassy in Moscow and, therefore, the ministry in New Delhi into a tizzy.

On 21st July, there was another RTI was filed, and therein applications for copies of the whole correspondence between the MEA and the embassy and the Soviet foreign ministry over the difficulty were asked. The RTI refused to publish any information on the case, pleading that doing so would harm the national interest and foreign relations.

In August 2011, the copies of the report done by Dr. Chugh were published, and the statement was given by the external affair minister within the Rajya Sabha.

Anyhow, it’s time the Shastri family and the nation collectively understand the reality of his death. There must be several files and documents with information within the non-accessible archives of our intelligence agencies. The Russians could have a record of the statements of the butlers present at that point. Maybe it’s time for the Shastri family to form an appointment with the Prime Minster and know the reality.

Is there any black hole in space? The theory of the existence of black holes is very mysterious. Continue reading to know every detail...
Read more

You have probably heard about thousands of theories consisting of the infamous United States President, Donald Trump, and his family. However, here is one...
Read more

Seth Rich, 27, was an employee of the Democratic National Committee. He was murdered...

Any true crime fan has heard of the infamous Jack the Ripper, and most...
Previous article
The Ugly Truth Behind Natural Flavors
Conspiracy theories