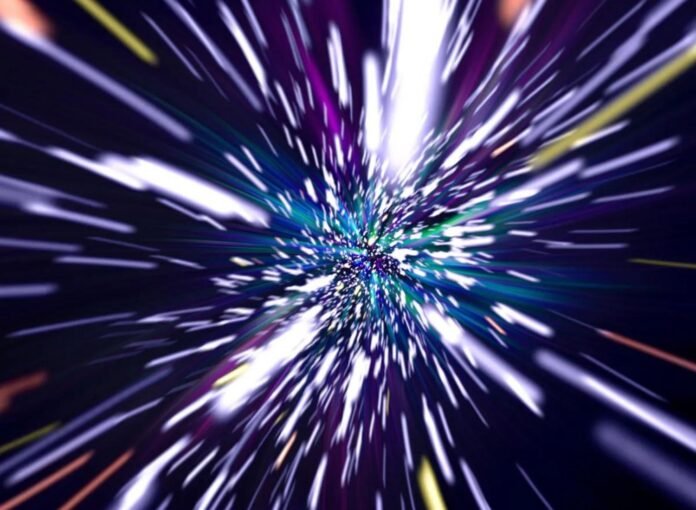 NASA has been showing a steadfast improvement in the field of space technology. Not only has it attained mind-blowing accomplishments in space exploration and research, but it also doesn’t seem to be stopping anytime soon in its expedition.

NASA is working hard every day on various sustainable projects. And as it has been going on for years, NASA has been active in the field of exoplanet exploration that might give humankind a humungous leap. Speaking of leaps, science-fiction fans are thrilled in FTL (faster-than-light) travel with the hopes of one day hopping between stars.

Well, seems like their hopes won’t go in vain.

NASA’s Advanced Propulsion Physics Laboratory, informally known as Eagleworks Laboratories has been working on propulsion technologies necessary to enable human exploration across the galaxy and beyond. And also use the same technology for interstellar travel at the speed of light or more.

Table of Contents show
Can NASA Travel Faster Than The Speed Of Light?
Is FTL Travel Technically Possible?
Warp Drives And Wormhole Speculation

Can NASA Travel Faster Than The Speed Of Light?

It is universal that nothing travels faster than light. Speed of light is the ultimate speed limit. Everything in the universe, from a speck of dust to huge devouring black holes, travels respectively to this speed limit.

Einstein’s general relativity states that light travels at a constant speed regardless of the observer’s movements. Although few scientists claim that the universe itself is expanding at a faster rate with altering speed, which might go over the speed limit of light.
But the universe is one huge unstable space.

Although several hypotheses state that faster-than-light travel is possible, only theoretically. Technically? It is beyond man’s comprehension. Well, not beyond. But not close either.

To make FTL travel technically possible, we need huge spacecraft with unique de, requiring quite an enormous amount of energy.

The man-made space probe that we’ve come up with is 90 million times slower than the hypothesised spacecraft. The fastest speed achieved by a man with a space probe called Parker Solar Probe, which was launched in 2018 to investigate the Sun’s corona (outermost layer of the Sun), is moving at 0.0006% of the speed of light. Which deems FTL impossible.

The existence of these theories fundamentally proves that FTL is impossible in a technical sense.

Although on the theoretical basis warp drive and wormholes seems to have an intriguing opinion.

Interstellar travel, which will one day allow mankind to hop between planets requires a spacecraft capable of distorting spacetime.
According to the Alcubierre space theory, the craft should be equipped with warp drives and enclosed large rings in such a way that it compresses spacetime in front of the ship and expands it to the rear. It wouldn’t be the spacecraft moving about the fabric of space, but spacetime itself.

Now, this requires a whole lot of energy, material and time to put together this whole ship.

That’s where wormholes make it easier.

Everything indeed has a loophole. And here we have ours. Wormholes, inter-galactic shortcuts for space travel.

Wormholes are specific structures in the universe connecting two distinct points in space forming a passage that creates shortcuts for long space travel.

Through a wormhole, a spacecraft can enter and exit without actually bending spacetime or breaking the speed of light.

Though these theories may seem a tad possible, it’s improbable. Wormholes are highly unstable for safe intergalactic travel and a spacecraft equipped with warp technology seems to belong more in the science fiction world than in reality.

I don’t know if NASA can travel faster than light but I’m sure they can work harder than any of us.

Well, who knows, with the given rate in the advancement of technology FTL travel and human colonisation in distant planets and galaxies can be a dream come true.

Seth Rich, 27, was an employee of the Democratic National Committee. He was murdered...
Previous article
Do We Absolutely Have A Moon?!
Next article
Aliens Walking Among Us?: Bizarre Theories That You Should Know
Conspiracy theories