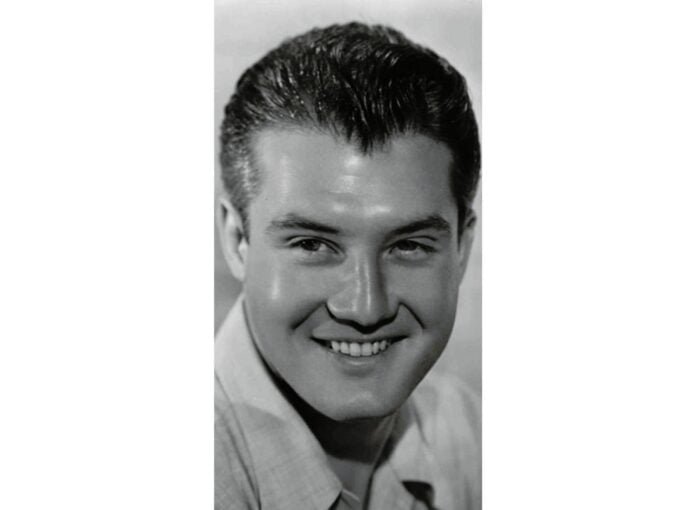 George Reeves was an American actor born in 1914. In his acting career, he was most notably known for his role as Superman. In 1959, at the age of 45, George Reeves was shot and died. His death remains a mystery. Even though the police wrote it down as a suicide, there are theories that Superman died in an accidental shooting, or worse, was intentionally murdered.

At 15, George Reeves was discovered by a casting director in California in one of his plays, and he signed a contract with Warner Bros. George featured in minor roles in movies like “Gone with the Wind” and “The Strawberry Blonde”. In 1942, George Reeves played the lead role in the film “So Proudly We Hail”. After this, even though he was very close to his stardom, he was sent to war.

After returning from war, George Reeves found it challenging to get back to acting and could not get many roles. Still, he did some minor roles in movies that went ahead to win the Academy Award for Best Picture. In 1951, George Reeves was offered the role of Superman for the T.V. series “Adventures of Superman”.

The show made him extremely famous, but it did not pay well. Reeves had a massive fan following of kids, and he took the role of a good role model seriously. He quit smoking and was good at handling his younger fans.

George Reeves, however, was not satisfied with his role and the trajectory his career was taking. He was not interested in continuing to play Superman at the age of 40. He earned from other places by playing Superman in live events but did not like it. All his projects, which included a television series—whose pilot he wrote himself—and a movie he wanted to produce, failed and were never released.

In 1958, Reeves plans of marrying Leonore Lemmon were announced.

On 16 June 1959, George Reeves retired to his bed at 12, after going out for dinner with his fiancé, Leonore. Robert Condon, a writer interested in writing a biography on George, stayed in the house. At around1 am, William Bliss and Carol Van Ronkel came by for an impromptu meeting. George Reeves was irritated and annoyed at his neighbours for coming to his house at such a late hour, but he still sat with them for a while.

George Reeves then climbed upstairs to his room, and the four people downstairs could hear his drawer open and then one single gunshot. When the police arrived, they were drinking downstairs together. Upstairs, the body of George Reeves was found naked on the blood-soaked bed, with his feet on the ground and a gun between his feet. The blood splatter was up to the ceiling where the bullet was lodged.

Due to the sudden death of George Reeves at the age of 45, his fans and people all over started coming up with various theories.

This was the conclusion that the police came to with their investigations. The autopsy and the angles of the bullet and the body point towards George Reeves shooting himself in the head. Suspiciously, Leonore Lemmon predicted that George would kill himself moments before he died. When questioned, she passed the remarks as jokes.

The cause of George Reeves’ suicide was believed to be his declining career. There have been many suspicions that the police were trying to hide something and masked his death as suicide. The way he fell back on the bed, the gun’s position, and his fully naked body raise some suspicions. George Reeves’ mother publicly challenged the ruling of suicide and said that there were no suicide notes and that her son could not have killed himself.

Before a complete autopsy could be conducted, the body was embalmed or at least washed, which removed the traces of gun powder if there were any had George Reeves shot himself. This, along with some unexplained bruises found on his body, only add to the suspicion of suicide.

This theory stems off because of the temper issues Leonore had. It was noted that even though they were supposed to get married, George had never publicly said so himself and a few days back, some newspapers even reported that the wedding was off. This could have led to a fight between the two which caused Leonore to shoot George accidentally.

There were two bullet holes seen in the floor of the bedroom, fired from the same gun. Leonore explained that one of them was fired by mistake a few days back when asked about those. She never explained the other bullet hole, and even the police called it of no significance. Leonore, after the death of George, left for New York and never returned to L.A. again.

For this theory to be true, we need to imagine that the rest of the people present in the house were covering for her, which seems unlikely as none of them was close to Leonore personally.

George had been dating Leonore only for six months before his death, and before that, he had been with a married woman named Toni Mannix. Toni’s husband, Eddie Mannix, was involved in everything from the mob to gambling to murders and rapes. Eddie Mannix, however, was okay with the affair and even supported it. This leads some to believe that it was not the affair but its ending that led to the murder of George Reeves. Toni was un-consolable, and Eddie might have murdered George for his upset wife, or Toni herself might have commissioned some of Eddie’s men without him knowing.

It was revealed many years later that Toni confessed to a priest that she and Eddie had George killed. The priest told this to a publicist, who later revealed it to the media. It is still not clear how a murderer would escape four people sitting downstairs. Did they cover up for the murderer, or were they the ones who killed him?

All the theories about the death of George Reeves seem to be plausible, and after years of the death of Superman, it is still not clear what happened. Were the police trying to cover up the murder, or was it a tragic death with Reeves killing himself?

Seth Rich, 27, was an employee of the Democratic National Committee. He was murdered...
Previous article
Real or Fake: Can Zero-Gravity Positively Make You Weightless?
Next article
Alcatraz: 4 Tragic Tales Of The Most Haunted Prison In The World
Conspiracy theories