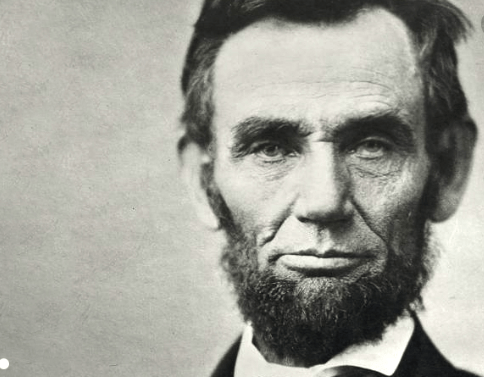 Abraham Lincoln is arguably one of the most popular world leaders of all time. He served as the 16th President of the United States of America from 1861 until his assassination in 1865. There have been loads of poetry and literature written about his greatness and the loss that America suffered due to his death. He is most famously known for his decision to legally abolish slavery as soon as he came to power.

It seems as is what he is most famous for ultimately became the reason for his assassination. It is known that he was assassinated by an actor and white supremacist John Wikes Booth at the Ford Theatre who was eventually found and shot within ten days of the assassination. What we will talk about in this article are the various theories that suggest the people who could have been involved in the assassination.

The “Truth” about Abraham Lincoln’s death

Official reports say that John Wikes Booth was an actor and a Confederate (the party that supported the Southern cause for slavery in the Civil War) sympathizer. The attack came after the surrender of Confederate General Robert E. Lee. This move effectively ended the Civil War. After the Confederate armies collapsed, Booth and his six fellow conspirators felt helpless and desperate and planned the assassination of the president.

When Lincoln was shot, the audience took a while to realize that the gunshot and screams were not a part of the play and that somebody had been shot in real life. As the nation mourned their President’s death, Union soldiers set out to find John Wikes Booth and his co-conspirators and killed him on the 26th. The others were convicted for their part in the assassination and were executed by hanging on July 7th, 1965.

One of the many conspiracy theories surrounding the assassination of Lincoln suggests that Booth and his co-conspirators wanted to kill both Abraham Lincoln and Vice President Andrew Jonson, both of the most important members of the Republican party. They wanted the Republican Party to suffer from a devastating blow. Although, it is known that Booth was only a Confederate sympathizer and the Confederates had no part to play in the assassination. Conspiracy theorists, however, suggest the opposite.

They believe that during the Civil War, the Confederates built a sophisticated Secret Service Network that was well trained in disruption, diversion, and disinformation. There was, in fact, a reward offered for Lincoln’s Confederate counterpart, Jefferson Davis.

It has also been suggested that the plot was aimed at only kidnapping Lincoln and not killing him and then ransoming him for a mass prisoner release to replenish the Southern army. One aspect of this develops into another and it is suggested that Booth got help from some Confederate secret spy or maybe Booth himself was the secret spy.

In Booth’s diary, it was written that Booth believed that Lincoln was a tyrant and he wanted to be Lincoln what Brutus was to Caesar.

In his book Why Lincoln was Murdered?, Otto Eishenschmil looks at everything in a very different way and suggests that Lincoln’s Secretary of War, Edwin Stanton was the mastermind of the assassination. He says that the motive and suspicion of Stanton is visible by the actions taken by Stanton immediately after Lincoln’s death.

He supposedly left one escape route out of Washington, the one that Booth happened to escape through. He also points out the absence of the Presidential guard John F. Parker, who was never really questioned or punished for leaving his post. More importantly, Parker took orders only from the president and from Stanton.

After the assassination, members of Congress tried to implicate Andrew Johnson for the crime and he was investigated in 1867. No clue was found against him. The fact that he canceled his plan to be in the theatre on the very day of the assassination has made conspiracy theorists do their job and he has been suspected by many to have had a hand in the assassination.

This pretty absurd but interesting conspiracy theory proposed by Emmett McLoughlin suggests that the Roman Catholic Church had a significant role to play in the assassination. He says Lincoln’s defense of a former Priest against the Bishop of Chicago gives them the motive to plan the murder of Lincoln. It is also strengthened by the fact that the son of Mary Surratt, the woman hanged for Lincoln’s assassination, fled America and ended up in the Vatican.

It has been almost 153 years since the assassination and the world is not yet over the shock and sorrow of the death of Abraham Lincoln and it may never be. People were so angry and the fact that John Wikes Booth just came and shot Lincoln because of his white supremacist mind did not really satisfy the people. They started looking for evidence that could prove that Lincoln’s assassination was part of a larger plan. How much of it is true is not and might not ever be known to anyone.

The Matrix Is Real And We Are Living In It

NASA has been showing a steadfast improvement in the field of space technology. Not...
Previous articleHow did Pope John Paul 1 die?
Next articleDenver Airport or a secret center?
© Newspaper WordPress Theme by TagDiv