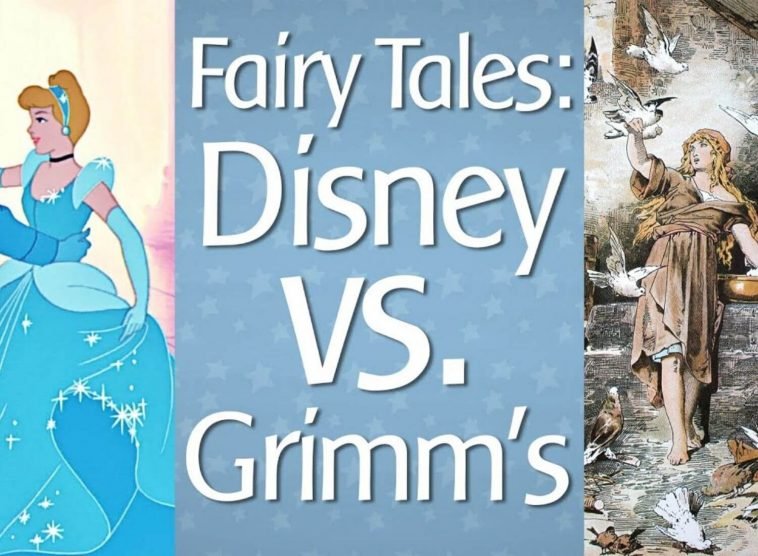 It isn’t secret that Disney has manipulated and changed the true stories behind its movies to bring in happier, joyful, and romanticized films. But the real Grimm’s fairytales getting a justified PG 13 tag were scarier and horrifying than the old versions.

Let’s take a journey through these deep dark tunnels of Disney movie truths that they hid from us, which will shatter your childhood paradise.

Winning its worthy spot of the most disturbing Disney movie to be ever made. The tale of Sleeping Beauty has three different versions over three centuries, each adding a new element of horror to it. The original tale on which it was based was ‘Sun, Moon, and Talia’, where Talia/Sleeping Beauty was in fact raped by a king who impregnated her with twins. When the twins were born, the queen would make the king eat one of the children and in a horrifying twist would later be burned alive. The old king would marry Talia naming the twins, Sun and Moon, tainting our memory forever of our true love’s kiss.

An Asian woman warrior battling on the fields was a storyline enough to make this movie a legend. But, the truly messed up aftermath for Mulan wasn’t a happily ever after. The original tale of Hua Mulan was a sad affair when she returned from the war and found her family distraught and starving. She ended up becoming a sex slave and before committing herself further to such a dark path she killed herself. So much for becoming a war hero and defeating your homeland’s greatest enemy.

A savage Native American who fell in love with a British Colonist wasn’t a love story that anyone imagined but became a favorite for kids and adults alike in this fictional tale. Based on a true story, the sacrifice of Pocahontas was much large than presented in the movie. In order to civilize the barbaric nature of Pocahontas as believed by her lover and colonizer, she was kidnapped and made to unlearn the traditions and customs of her land. Pocahontas died by causes unknown and her death remained a mystery thereafter.

The 1997 animated musical film ‘Anastasia’ is based on the true story of Anastasia Romanov, the daughter of Russian Tsar Nicholas II. With its haunting soundtrack and the famous musical, Once Upon a December, this Disney Princess was based on a very tragic end. In 1918, Anastasia Romanov and her family were assassinated. Although her death wasn’t proven, it was believed that Anastasia was still alive till the 2000s. The movie takes inspiration from her most famous imposter, Anna Anderson, and the entire movie was in fact based on this lie.

Perhaps the most known Disney Princess, Cinderella and the tale of her stepsisters, is less magical as told by the Fairy Godmother herself. In order to become the queen of the kingdom, Cinderella’s step-sisters cut off their heel and toes to fit into the crystal slipper. This was followed by their tragic death, as their eyes were pecked out by doves, that too on Cinderella’s wedding day. Some might say that the sisters had it coming, but surely, not in this way.

The Little Mermaid, Ariel, followed the man of her dreams literally from seven seas. But in the real story, the mermaid comes on land to gain the Prince’s soul and earn a chance at the afterlife. Ariel had to lose her tongue in exchange for legs, which was an equally excruciating bargain as described, ‘whenever she walked on legs it felt like she was walking on a thousand knives.’

The end isn’t as dreamy as the movie with rainbows and dolphins emerging from the sea, because in the story, Ariel had to make a choice either to kill the prince and steal his soul or kill herself. Having fallen in love with the prince, she decided to take her life instead of drowning, quite ironically.

The most beloved Disney movie with record hit musicals and memorable characters, Frozen is based on the story of ‘The Snow Queen.’ As strong and magical Elsa makes us feel, the heroine was in fact a villain in the original manuscripts.

If you read the Grimm’s version, you would see the snow monster army created by the queen in order to destroy the kingdom. This ending was obviously changed to make us see Elsa in a vulnerable and loving side. This longest and critically acclaimed fairytale might have its origins in the evil story of the Snow Queen, but the script was highly novel and original in its own way.

A classic story of the triumphs of good over evil, Snow White wasn’t as black and white in its morals. In the original story ‘Little Snow-White,’ a seven-year-old Snow White was banished from the kingdom by her stepmother. Ordered to be killed, Snow White was shown mercy and got to keep her life. A boar was killed instead and presented to the queen for proof of Snow White’s death. The stepmother ended up eating these body parts, thinking they are the organs of Snow White in a most gruesome scene.

Adding more to the disappointment, a Prince’s Kiss never saves Snow White as she spits out the poison apple lodged in her throat when her body is dropped down from her coffin. The death of the evil stepmother was also not a clean affair as she was made to wear hot iron heels and danced herself to death.

9. Beauty And The Beast

A tale as old as time, Beauty and the Beast is based on a true story from the 1500’s. The story was based on the marriage of a Spaniard named Petrus Gonsalvus and his wife Cathrine. Gonsalvus was shipped off from his homeland to King Henry II’s court in France just because he was born with a condition that covered his whole body in hair.

Known as a wolf-man in the court, Gonsalvus was brought up with the finest education and even married a woman, Cathrine who loved him for what he was. The tale was all pretty until Gonsalvus had seven children out of whom three were born of the same condition, Hypertrichosis, and were shipped off as royal gifts to other kingdoms.

Pinocchio is the long-nosed puppet who was turned in to a real boy towards the end of the story. Pinocchio didn’t exactly turn up as the role model for young boys and girls. Carlo Collodi’s story shows Pinocchio as a mischievous boy who even murdered Jimmy cricket in its first act.

The maker of the Pinocchio, Geppetto even goes to jail for negligence but when he returns he decided to give Pinocchio an education by selling his only coat. Pinocchio uses the money by going to the theatre, giving proof of how much of a brat he really was. In the end, Pinocchio meets his death by being hanged from a tree along with his friends.

All that ever existed were twisted happily ever ends.

Read Also: DOTA 2: The World of Radiant and Dire. 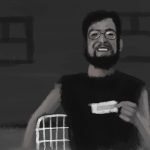