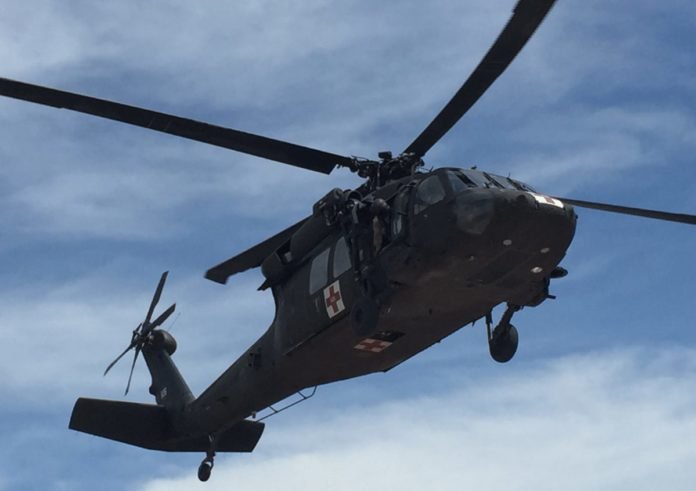 The first appearance of a black helicopter was in the 1970s related to the reports of cattle mutilation. It made its literary mark in Hal Lindsey’s book, The Late, Great Planet Earth, though there were also compared to be the locust-like creatures mentioned in the New Testament (Book of Revelation). In the United States, it is a symbol of conspiratorial military takeover amidst the rumors that it was used by federal agents to enforce wildlife laws.

In February 1995, the media put the black helicopter concept in light when the Republican Northern Idaho Representative, Helen Chenoweth alleged that these black helicopters were being used to enforce the endangered species Act on Idaho ranchers.

These helicopters are also linked to UFO sightings with many believing that these choppers were spotted near the ‘spaceships ‘and belong to a secretive government department who cover up these alien visits. It also strikes with the theory that troops from the UN might invade the USA. An article was published by the John Birch society over how the aircraft was mostly a product if visual errors and a tendency towards overabundant caution.

The black helicopter is used for the following unclassified purposes:

The US customs and border protection operate UH-60 black hawk helicopters and the US army’s 160th regiment uses primarily black-painted helicopters particularly the Pave Low, which specializes in the long rang insertion and extraction of army personnel. Black helicopters are used for flight testing in public view, along with use for transportation and patrolling.

It is not widely known that during the operation to kill Osama bin Laden, one of the helicopters used for raid crash, landed near the building Osama was hiding. The helicopter was burned by the crew to prevent it from falling in the wrong hands and even then a tail was retained from the left residual which did not represent features known from any commonly used aircraft but resembled that of MH 60 black hawk. Despite what some reporters may suggest about the black helicopter, it is no more than a practice of monitoring current media events, claims DHS spokesperson.

The entertainment industry has also picked up on the scent of their theory and is utilizing it to the core to spice up their stories. Blue Thunder, Airwolf, Amerika are a few on the long list to have achieved the feat of visualizing it on the bigger screen. However, as most conspiracy theories go, one can only speculate by the facts accessible to them and hope for whatever feeds their imagination the best, until next time.

NASA has been showing a steadfast improvement in the field of space technology. Not...
Previous articleExperiments in Time: By U.S. Government
Next articleThe conspiracy about Bermuda Triangle.
© Newspaper WordPress Theme by TagDiv