10 Most Creepy And Terrifying Cults To Ever Exist 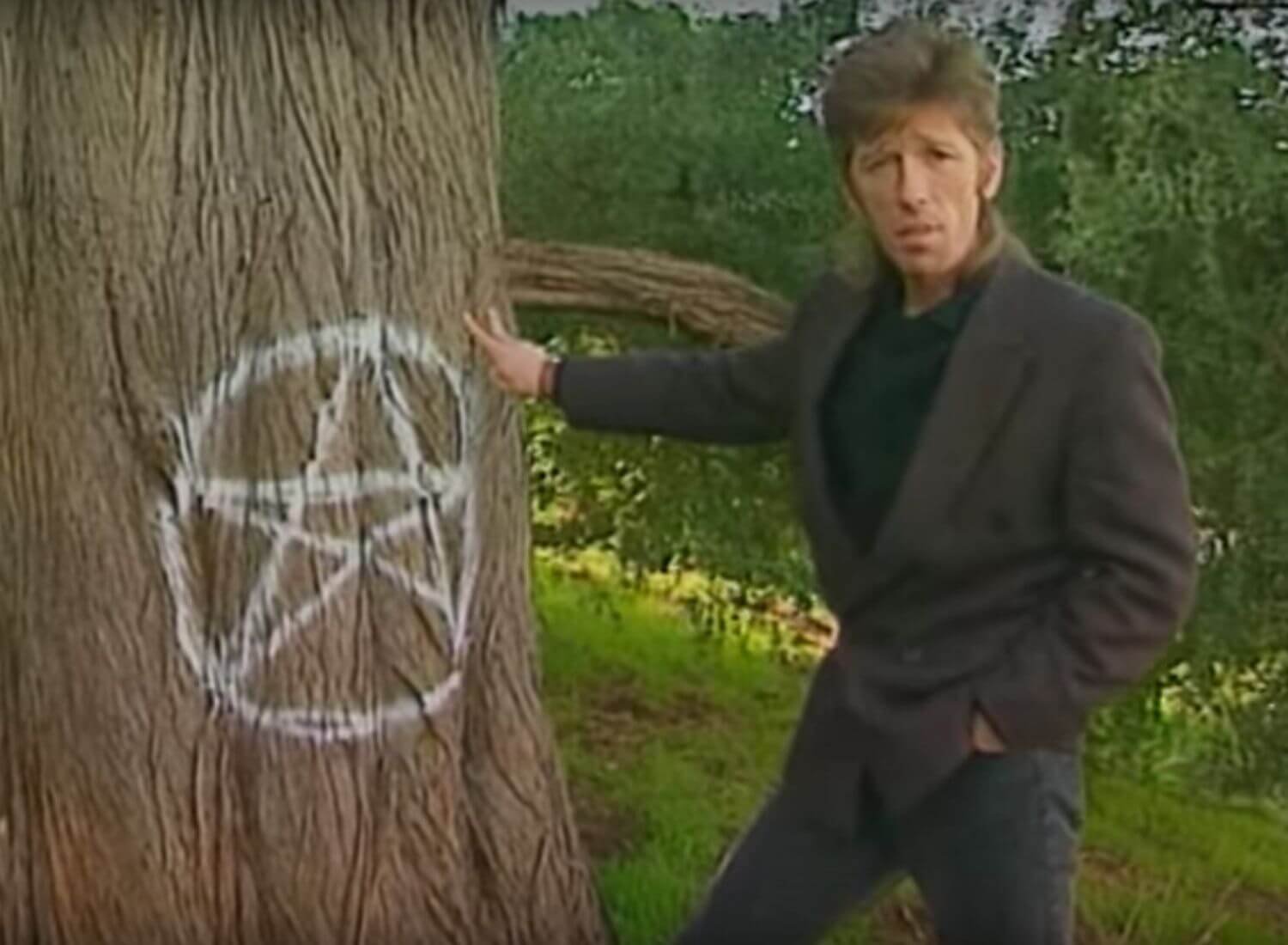 All cults aren’t as magnificent and richly as presented in most of the movies and novels – where satanic rituals are performed under huge chandeliers in big mansions, people wear dark robes surrounded in a room full of wax candles, and a virgin body is set on a table for sacrificial purposes. These creepy and terrifying cults are a big no-no.

Frankly, these notions are a disgrace to most of the cult groups that have ever subsisted in history.

Our knowledge has been limited to popular secret societies such as The Illuminati, Catholic Cults, the Skull and Bones society, etc., but there are more sinister, secretive, and creepier cult groups that have been formed around for centuries, and still continue to remain.

The Top 10 Creepy And Terrifying Cults To Ever Exist

If you’ve ever wondered where the phrase ‘drinking the Kool-Aid’ came from, trace back its origins to the infamous massacre of 909 people, including 304 minors in the utopian settlement of ‘Jonestown,’ Guyana, Venezuela. In the 1950s, Jim Jones had started an American cult by the name of Peoples Temple which had been established in South America under the name ‘Jonestown.’

As authorities went on to investigate reports of abuse in this area on November 18, 1978, what followed was a mass suicide by the followers of this cult who died by drinking lethal cyanide punch. This has been one of the largest American tragedies caused by non-natural forces, where paranoia and blind loyalty led to this haunting aftermath.

An organization treading on the path of supernatural and UFO’s, Heaven’s Gate was founded in 1974 by Marshall Applewhite and Bonnie Nettles. On March 26, 1997, 39 people all dressed in black with armband patches reading ‘Heaven’s Gate Away Team’ were found dead in an attempt of mass suicide.

For the members, their lives were not taken in vain as they believed a UFO would follow the Hale-Bopp Comet, and they would find absolution in the extraterrestrial ‘Kingdom of Heaven.’ Their suicide notes and apocalyptic messages could still be found on their official website, as theories of space aliens and cyberspace take a centre stage in today’s world.

Designated as more of a terror group than a religious doomsday cult, the Aum Shinrikyo still thrives today with a new name of Aleph. Founded in 1984, Tokyo, Japan, by Shoko Asahara, the group has been held responsible for the deadly Tokyo Sarin Gas Attack, which led to the killing of 12 people and leaving around 1050 people injured. Tortured dead bodies have also been found in the silos where the cult operated.

Even though the cult leader along with seven of its chief meters was executed on 6th July 2018, the group still continues to exist with thousands of flowers following their belief in leading the apocalypse.

4. Order Of The Solar Temple

In another shocking mass suicide cases to emerge was the Order of the Solar Temple, led by Luc Jouret and Joesph Di Mambro following the brotherhood of the Knights Templar. The three principles abided by the group were namely – to reform power and authority, guide Christ’s coming as the Solar God, and to await the union of Islamic and Christian Cults. 74 followers had committed suicide as a sacrificial ritual in the name of God along with the brutal murder of a couple and their baby son, Emmanuel Dutoit, who was believed to be Satan.

The Manson Family cult was an active cult in California, founded by Charles Manson in 1960. Mostly comprised of vulnerable young women and teenagers all mesmerized by the false philosophies of Mason, the group was heavily dependent on LSD and other drugs. What went horribly wrong in their history was the killing spree of 1969, where seven people were murdered including actress Sharon Tate on the orders of Charles Manson. He, along with many of his ‘family’ members was convicted on several counts.

An interesting fact that emerged in the trials was the fascination of Charles Manson with the Beatles song ‘Helter Skelter’, which somehow convinced him that there will be chaos caused by two racial groups in America and encouraged his members to kill through this ideology.

Adapted into a Netflix documentary by the name Wild Wild Country, this mystic led organization by Bhagwan Shree Rajneesh or ‘Osho’ sedated multiple of its followers by the surface messages of free love. In the 1980s, a utopian settlement by the name of Rajneeshpuram was formed in the city-state of Oregon, USA, which was occupied by thousands of Osho’s followers called ‘sannyansees.’

The cult had its hands in several illegal activities like immigration fraud, assassination plots, sedation, and the 1984 Rajnesshee Bioterror attack where 751 people were poisoned in Dallas through deliberate contamination of ten local restaurants with salmonella bacteria. Convicted, the spiritual leader was jailed and declared dead while in prison. Even today, a number of Osho camps still exist in India with a large following.

This religious organization founded in 1992, Massachusetts, USA had Reverend Chris Korda and Pastor Kim as its founding members. Although the cause that the Church preached was valid, where they drew people’s attention towards the environmental dangers due to overpopulation, the ways through which they followed it were too hardcore and aggressive.

Practicing their motto ‘Save The Planet, Kill Yourself’, the Church was built on four pillars, namely suicide, abortion, cannibalism, and sodomy. Even though humans can be considered as a problem for the environment itself, the ideals of the Church were inhumane and against life. At its peak popularity in the early 1990s, the Church began to fade away subsequently. Its website can still be found running today.

This secret sex society laded its true intentions by being an organization for self-help and self-realization. Since its establishment, crimes such as enslavement, sexual exploitation, human trafficking, and child pornography had been committed by the founder, Keith Raniere and co-founder, Nancy Salzman of the group. Young girls and teenagers were also supplied by the group to men who were willing to pay in establishing a ‘master-slave’ relationship. The horrors young people and several women had to face because of this group emerged in the most disturbing NXIVM Sex-Cult Case in 2018.

This secretive Church Society emerged in the recent news reports as being the main reason why the COVID-19 outbreak happen in South Korea. The sect has been blamed for brainwashing young people from all over the world and forcing them into labour and untraditional religious practices. Since appearing in headlines, two of the members have committed suicide because of the negative light the church is received in. As society condemns the practices and establishment of this sect, more details will be revealed in the following years.

10. Restoration Of The Ten Commandments Of God

A new religious movement was formed in the late 1980s by Credonia Mwerinde, Joseph Kibweteere, and Bee Tait, in Uganda by the name of RTCG (Restoration of the Ten Commandments of God). Guided by the apparitions of the Virgin Mary and Jesus Christ, the cult had visions of the apocalypse and emerged as a doomsday cult. More than 300 people, including 78 children were killed by a series of poisoning and murders to aid in the apocalypse.

How I, then a young girl, came to think of, and to dilate upon, so very hideous an idea?— Mary Shelley
Read more

The Mysterious Society The nine unknown men was a secret society founded by the Mauryan Emperor Ashoka around 270 BC. Ashoka supposedly founded this society...
Read more

Seth Rich, 27, was an employee of the Democratic National Committee. He was murdered...
Previous article
Deep Blue Mystery In The Hearts Of Indonesia: The Underwater Temple Garden
Next article
Curse Of The Witch: The Death Of Christopher Case
Conspiracy theories