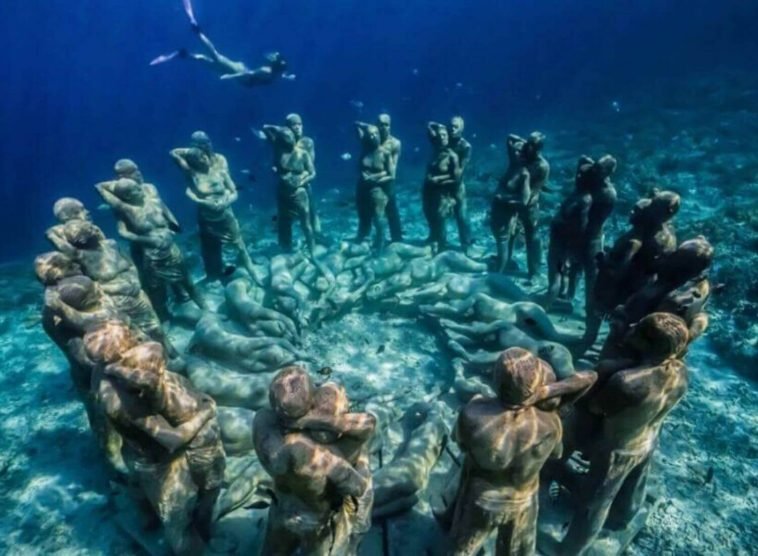 The Underwater Temple Garden is a recent dive destination that has been created in the mystical land of Bali, Indonesia. The remarkable feature of this unique place is embarked upon the presence of a Balinese Hindu temple compound. This underwater mystery is located on the northern coast of West Bali, on the Pemuteran Bay.

Social media excitement was stirred about this place when a photo of the site got circulated on many websites and rumours surfaced holding the opinion that this was an ancient archaeological site and with more intense excavations, similar structures are likely to be found in the strait between Bali and Java.

Some further viewed the discovery to be an extension of the “Atlantis of the East”, which referred to the mysterious underwater city of Shicheng – the unseen city for decades in imperial China. However, the speculations were concluded when the architects responsible for the creation of the Temple Garden said that they were the ones who crafted the site.

The Creation Of The Underwater Mystical Site

In the local language, the Underwater Temple Garden is known as Taman Pura. In Indonesia, ‘Taman’ means ‘garden’ while ‘Pura’ is a Balinese Hindu temple. The temple is the brainchild of an Australian, known as Chris Brown, who inhabited the Pemuteran area for decades. He was joined by Paul Turley, a British personnel. These two foreigners were indulged in making diving a major attraction in the Pemuteran area.

The idea of the Underwater Temple Garden had been prolonged in the conversation of the two men for a long time, but the dream failed to materialize due to the lack of funding towards the project, and problems were catapulted by the then social and ecological tensions going in the country. However, a ray of hope was provided by a friend of Chris, who asked them to approach the Bali Rehabilitation Fund (Aus Aid). The ‘Reef Gardeners’ project was created with the funding from the institution and environmental concerns were minimized since the project had a positive social and environmental dimension to it.

Materialization Of The Project

The “Reef Gardeners” project helped the dream of the two men to materialize, and in 2005, the Underwater Temple Garden was built. A striking feature of this underwater temple compound is its split gate, which forms one of the two main types of gates found in traditional Balinese architecture, the other one being a roofed tower gate.

This gate took a long time to get constructed. Owing to its full size, each piece was transported to the seabed by a team of professional divers. The inexplicable aura of the place is further enhanced by the numerous sandstone statues, which were carved and placed in the Underwater Temple Garden. Most of these statues contain religious connotations, one depicting the Hindu god Ganesha, other deities, and turtles.

Initially, in order to eliminate excessive exploitation of the marine grounds by the tourists, the Underwater Temple Garden was located about 30 m under the sea, which made it accessible to divers with some experience. With the growing popularity and to make the area accessible to less experienced divers, a second area was added in 2006, at a depth of 15 m under the sea, to allow the normal tourists to explore more of this unique destination. The statues of Buddha located in this area are worthy of admiration.

This underwater temple compound has been a popular destination owing to its commitment to preserving the marine ecosystem. With limited tourist access, the site has become a major habitat for marine creatures, notably, the mesmerizing colourful corals, which in turn attract various species of the marine ecosystem into the area.

The beautiful aura attracts the divers to this site, who after exploring, make donations to the Reef Gardeners project in order to further enhance the significance and charm of the area. These donations become a major source of funding for the unemployed local fishermen who were trained to maintain the chains of corals in the temple compound. As a result, the Underwater Temple Garden has received numerous positive feedbacks since it creates awareness about marine conservation, as well as creates an avenue for employment and revenue generation for the locals in the area. 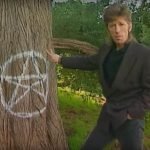