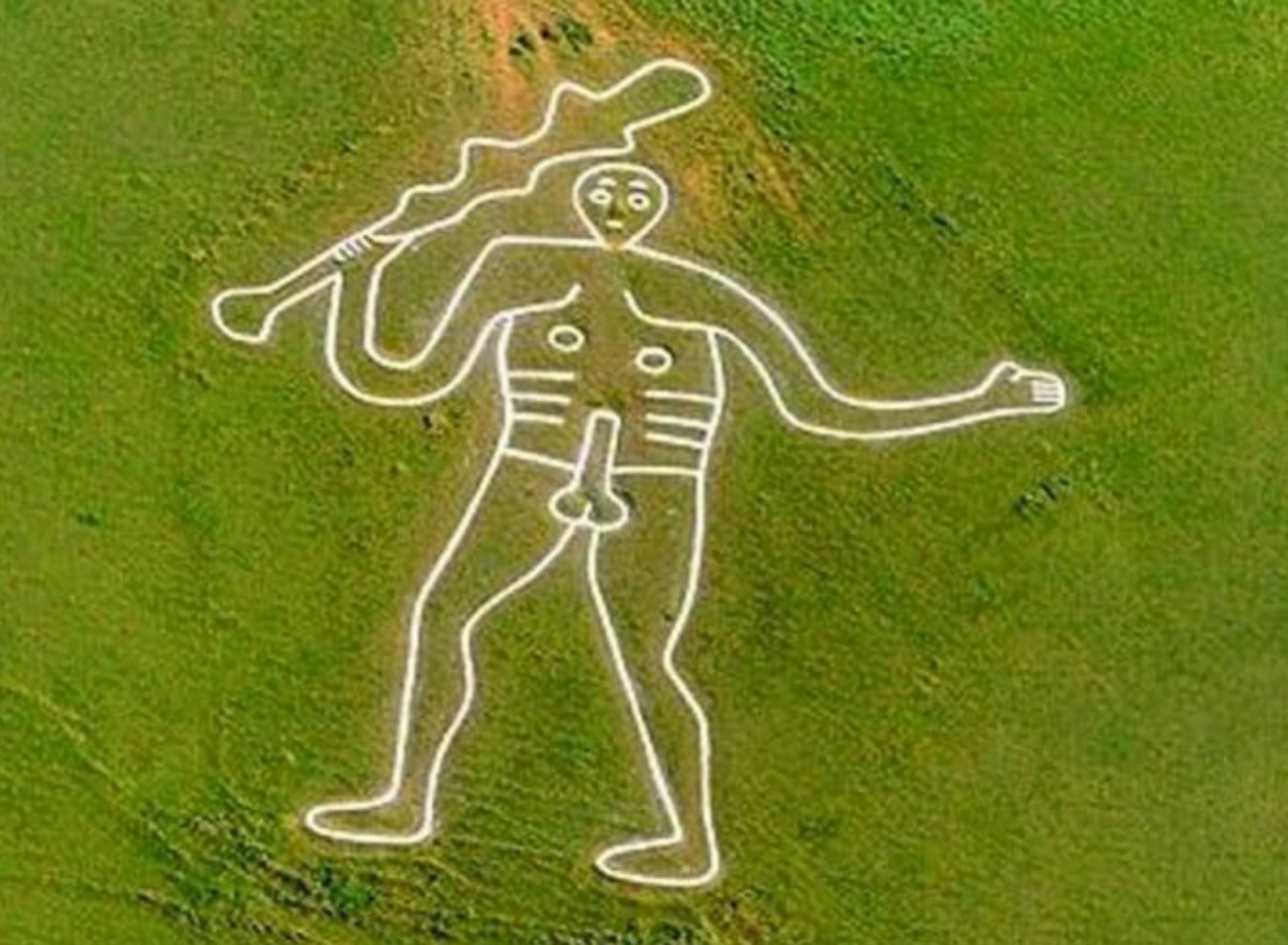 England today is known for the many things it has given the world. From the high literature of the Renaissance, Romanticism, Victorian eras to the enormous colonization of almost the entire world, over the centuries. Yet another thing that the world marvels over in the United Kingdom is the presence of unexplained structure all over the country side. The Stone Henge and The Cerne Abbas Giant are an example of this.

England still has a few mysterious Land Arts, that are hard to date back to. The Cerne Abbas Giant and The Long Man of Wilmington are two of such Land Arts whose existence cannot be explained.

Table of Contents show
What are Land Arts?
The Hill Giants
When were they made?
Theories
Anglo-Saxon God
Hercules
Relation to Oliver Cromwell
Conclusion

What are Land Arts?

Land Art was the part of an art movement of the 1960s-70s in Europe and United States. It includes the use of landscapes as canvas and other natural things like dirt, stones, etc. to make art. Some are temporary while some are more permanent done by digging up areas and making trenches.

However, it can be seen that Land Art was not a new thing for the 20th century as one of the giants has been dated back to the 10th century by the historians.

The Cerne Abbas Giant is a hill figure in the village of Cerne Abbas in the county of Dorset. It is 180 ft in length and holds a raised club in his hand.

It is best viewed from the opposite side of the valley or from high in the air. The figure is made by making trenches in the ground and filling them with chalk, which was then made by snail shells.

The Long Man of Wilmington or The Wilmington Giant, is 235 ft tall and holds two staves in his hands. It is on the slopes of Windover Hills of Wilmington, East Sussex.

When were they made?

The Cerne Abbas giant was speculated to be made in the pre-historic times or sometimes even in more modern times. The first mention of the Giant in history is in 1694 which makes it easier for the historians to believe that it was made around the 17th century.

But recently a group of archaeologists have been able to date the Giant back to the 10th century, more specifically to the 700-1000 AD, the time period of the Late Saxons. This was made possible by studying the snail shells, found in the deeper layers and figuring out when the particular variety of snails came to England.

The Long Man of Wilmington, however, is a different story. It is more recent compared to the Cerne Abbas Giant. It is believed to be cut out in the 16th-17th century. The first record of the figure was discovered in 1993, dated back to 1713, which is the first date that the figure can be traced to in human recording. The real dates are still hard to find but it is considered to be an Early Modern Times figure.

Over so many centuries of existing, the Cerne Abbas Giant has been unrecorded and mostly non-existent to the public. This is because once it is not cared for, the overgrowth of grass and wildflowers will easily cover it up. It was probably that the hill was not in use and the people forgot about the figure.

In 1694, however, the Church ordered for the restoration and clearing of the figure and that’s where it is first mentioned.

If the Cerne Abbas Giant was made in the 10th century it is possible that it is some kind of an old, pagan God. The figure was also speculated to be from the Bronze Age.

The presence of the Cerne Abbey near the village could have been for turning the Pagan people into Christianity. Another theory behind the figure is that it was used for Fertility Rituals by people who had trouble trying to conceive.

The Cerne Abbas Giant is also believed to be the figure of Hercules, something that was depicted in the 1st century AD. Other folk stories about the figure are that it is the outline of an actual Giant who was slayed by the villagers when it slept in that spot.

When the date of origin of the Cerne Abbas Giant was not sure, it was believed to be made in 17th century and was thought to be made in mockery of Oliver Cromwell, the Lord Protector of England from 1653-1658. Cromwell led the rebellion against the monarchy and was referred to was Hercules. After his death, the Monarchy was back in power and he was defamed all over the country.

This theory, however, would’ve held ground till a few years ago. Now that it is proven that the figure was made in the 10th century, the former theories become more believable.

These Hill Figures can only be traced back to when they were made by the help of the technology that is available to us now. Finding the reasons for why they were made is a completely different story. They do not exist in records and have no other stories attached to them. These figures have gone down in history and will always remain something for the people to marvel at.

What do you think of when you hear the word “fairies”? Is it a...
Previous articleThe Haunting of The Millennium Biltmore Hotel
Next articleThe Ploutonion at Hierapolis: The Gate to Underworld?
Conspiracy theories