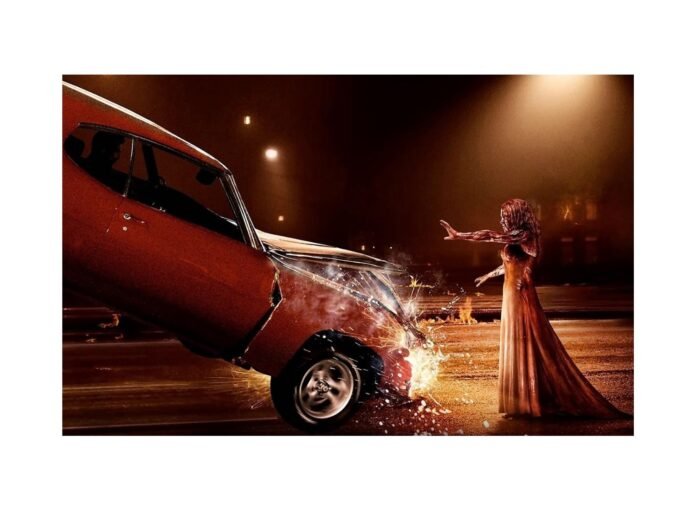 People are so obsessed with things, so unbelievable and impractical ( like Psychokinesis) that these things could turn the world upside down if they were to be true. Whether they are the theories on mysterious deaths of famous personalities or similarities between two actors or mere people for that matter or the causes behind a war or separation, they all seem pretty ridiculous, now don’t they? One such theory is the concept of “Psychokinesis”.

You must have watched Vivek Oberoi in a wheelchair as Kaal, in that Bollywood Chartbuster Krrish 3, using his psychic ability to express his anger by bending things and breaking glass through next level concentration. That is Psychokinesis. An ability to control things via the mind. So, the question here is, does Psychokinesis exist? Is it possible?

To get a more visual presentation of this concept, one can explore the mind-bending “psychokinesis” thriller series, streaming on Netflix now.

Table of Contents show
1 Evolution Of Experiments On Psychokinesis.
2 Talks About The Future.
3 Conclusion.

Evolution Of Experiments On Psychokinesis.

Now, who wouldn’t want to switch the TV on in their minds? What chef wouldn’t like to prepare all the food just by thinking about it? Do you not wish for the coke resting in the fridge to miraculously appear in your hand while you’re munching snacks and lying leisurely on the sofa? If this is so real and simple, people shall be able to demonstrate it. Let’s see what researchers have to say about the existence of such an ability. There was always a hush-hush about this concept. People came out with some utterly flustered theories like it’s connected to Satanism or spiritualism,  talking to the dead or black magic, you got the idea.

It was not until the 1800s that humans started thinking about the chances of its existence, scientifically speaking. The people claiming to have figured out Psychokinesis began to show how it’s done, only to have later been revealed as some trick, an unnatural act or a hoax.

In the 1930s-40s, the concept started breathing again. One J.B. Rhine was mesmerized by this thing and wondered if it’s possible to control the outcomes of a happening too. He started his experiment with a dice roll and recorded the observations. Though nothing conclusive came out of it, Rhine strongly believed that something inexplicably unusual happened during the experiment. The experiments of other researchers couldn’t concede with Rhine’s, and it seemed better to have done away with the concept.

The 1970s witnessed a spike in the speculations regarding Psychokinesis. The world-renowned psychic Uri Geller went from place to place across countries to have showcased his classic talent of breaking watches and bending spoons. Although, scientists believed that it’s nothing but a cheap replica of magic tricks.

You all must remember the cutting-edge reality show, THAT’S MY LINE, telecast in 1981. James Hydrick, at that time, was a famous personality, having possessed serious psychokinetic abilities.

He claimed to have bent small objects such as pencils and pages of a book. The show host Bob Barker and James Randi were sceptical about him using falsified methods. Bob decided to put some weight on the page by using Styrofoam bits.  The show began. Several minutes passed. The audience’s breath was stuck. Finally, Hydrick awkwardly accepted that “his abilities are not working at the moment.” Although, later, he admitted to having made a fool out of innocent people, saying how easy it is to rob people mentally like that.

The instances of projecting Psychokinesis have been nothing but a long trail of trickery and foolhardiness. People can get science fiction and virtual reality themes out of this concept, at most.

Talks About The Future.

Well, indeed, at present, there is no documentary evidence that can show that such powerful humans possessing psychic abilities exist. But the researchers have left room for the development and advancement of a man’s mental abilities. We can evolve. We can make and “break” history.

Now, the 1980s sci-fi US thriller “Stranger Things”  beautifully depicts the obsession of the superpower and its unethical CIA through the traumatic experiments, including genetic mutation, having been performed upon its strong female protagonist “Eleven” who can fly and float things and particularly open and shut the portals between our planet and “VOID” or “UPSIDE DOWN”.

One can assume the indulgence of thousands of neurons, at once, in making the human mind so strong that it can generate such magnetic waves. Remember, eleven bled her nose when she exhausted her ability in shutting that portal down?

However, it’s not all about failures. Science has come close to developing thought-to-text tech and email configuration.  It’s possible user interfaces that connect the brain to a computer.

Although science hasn’t exactly been successful in proving the presence of mind-bending abilities through human gene manipulation, it’s nothing like Stranger Things but, it indeed is a step towards shaping a powerful world with psychic powers.

And who knows, we have been to Mars and the moon, the next would be developing a lethal human weapon demonstrating Psychokinesis and other mental abilities!

Not everything is as it looks like with the Mandela Effect

NASA has been showing a steadfast improvement in the field of space technology. Not...
Previous articleRoom B340: The Scary Haunted Room On The Queen Mary Ship.
Next articleDo We Absolutely Have A Moon?!
© Newspaper WordPress Theme by TagDiv