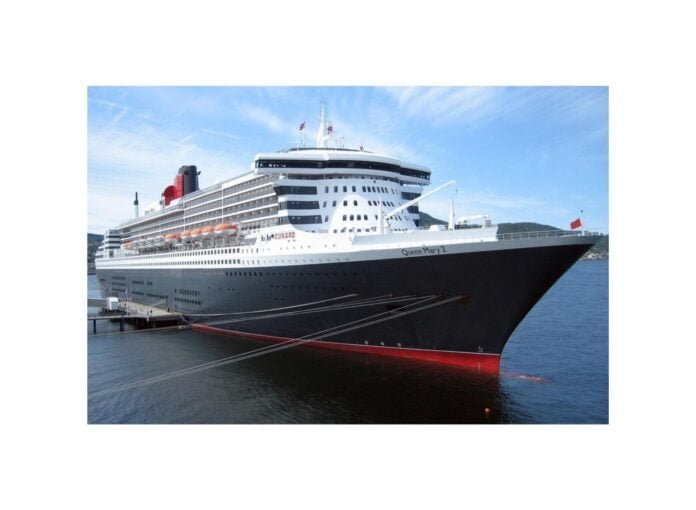 Disney purchased the Queen Mary after it was discontinued as an ocean liner, and B340 became a prototype Haunted Mansion-at-Sea.

The chamber was wired, expecting strange things to happen, such as creaking floorboards and taps that were turned on by themselves, and it was finally shut down when the experiment proved unproductive.

However, aside from the smoke and mirrors, the room’s history is littered with mysterious or unexplained fatalities, and there are reports of numerous other ominous calamities aboard the ship:

Jackie, a little girl who drowned and now haunts the first-class pool, Senior Second Officer William Eric Stark, who accidentally drank dry cleaning fluid instead of gin (yeah…that happened), John Pedder, was crushed by a watertight door and The Cook, who was baked alive by his kitchen staff during World War II, are among the resident spirits. Stateroom B340, on the other hand, is possibly the most notorious spot on the ship for paranormal activity due to its brutal and bloody past.

Table of Contents show
Why Is Room B340 Haunted?
Conclusion.

Its strange events are thought to be the result of a dreadful incident.

During one of the final transatlantic journeys before the ship settled in Long Beach in the 1960s, a guy went insane and savagely murdered two women. His crimes were found, and he was confined to either B222, B224, or B226 in his third-class stateroom. Outside, a guard was placed, and the door was locked.

He began hammering on the door a short time later, claiming that someone was in the room with him, attempting to kill him. He was ignored by the guard, who assumed it was a ruse to getaway. After a while, the passenger became quiet, and the guard thought he had fallen asleep.

When the ship arrived in New York the next day, the crew alerted NYPD investigators, who embarked on the hunt for the murderer. When they entered the stateroom, they saw the man had been ripped apart, his entrails and limbs scattered across space. He had no method of accomplishing this on his own. To this day, no one knows what or who ripped that man to shreds.

The paranormal tales began to come in from that stateroom on the second cruise. The three third-class staterooms were united into the larger guest room B340 when it docked in Long Beach in 1967, and the reports continued. B340 was closed to bookings by the 1980s because passengers would leave in the middle of the night.

Various versions of the incident have been told over the years: a guy murdered his family in the cabin, a lady murdered her husband, a spouse murdered his wife, a passenger’s throat was slashed, and so on. Nothing appears to be going on in any of those cabins, according to the ship’s logs.

If the legends are accurate, unfettered psychokinetic thought-energy will charge the chamber, causing manifestations of roaming spirits that would be even cooler than a haunted house. But, whatever happened in the room to give it its promising start, there is now genuine activity in the space. Guests’ covers have been ripped off while sleeping, clothes hangers have rattled, footsteps and taps have been heard, and they have been scratched, and more. The room is now open to check-ins for the first time since the 1980s. The stateroom has been completely renovated and is now available to guests as of Friday, April 13th. Aside from the fact that it is haunted, it is a remodelled room.

Because the space is so lovely, it’s challenging to picture being terrified in there. But don’t be fooled because the cabin has some frightening accessories, like an Ouija board, tarot cards, ghost-hunting equipment, and electric candles, as well as photographs of ghosts and accounts of visitors’ encounters on the walls. There are directions for summoning Bloody Mary printed on the wall between the hairdryer and the individually wrapped little soaps in the bathroom.

There are often cases when we aspire and look up to powerful figures, who we feel, ‘rule the world’. They seem such an updated...
Read more

America has a long due history of unsolved murder cases. This case 'the boy in the box', in particular, has more questions than answers...
Read more

Last month, I was fast asleep at night. At around 2 am, I suddenly woke up. There was a featureless figure sitting right in...
Read more

Seth Rich, 27, was an employee of the Democratic National Committee. He was murdered...
Previous article
The Mystery Of The Reykjavik Confessions.
Next article
Psychokinesis: A hoax Or A Mind-Bending Ability!
Conspiracy theories