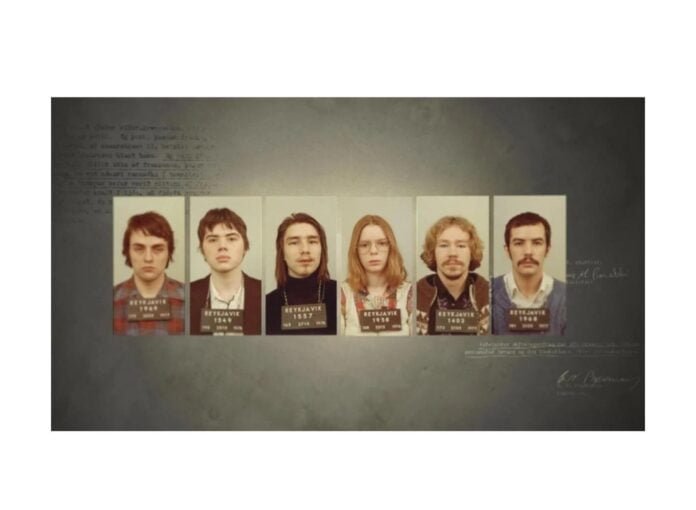 When we think of Iceland, our mind brings in the image of glaciers and snow and overall calm and polite people. The capital city of Iceland and also the largest, Reykjavik, is a sight to behold. With low crime rates, high salaries, Iceland has become a dream place to settle in. But like every country, Iceland has its buried ghosts that haunt the country.

A story of the disappearance of two people in 1974, who were never found, but the justice system of Iceland is under question. Six people suffered through torture and died while one still battles for freedom.

On 26 January 1974, Guðmundur Einarsson, an 18-year-old, went out with his friends to drink. He left early and was later seen by his friends to hitchhike a ride with a stranger. According to his friends, he was drunk and was swaying. He was never seen after this.

On 19 November 1974, Geirfinnur Einarsson, a 32-year-old construction worker, received a call which he answered by saying, “I’m coming”. He drove a short distance to a café, parked his car, left the keys in the ignition and was never seen again.

Two disappearances in a year, in a country where crime is rare, but the government is under pressure. These two men, unrelated to each other, disappeared without much trace and no witnesses.

Sævar Ciesielski and Erla Bolladóttir were brought in under different charges. They were kept in solitary confinement and confessed to the crimes of embezzlement. The two had a child together but had separated before the police caught them. Erla was shown a picture of Guðmundur Einarsson, which she recognized. She did not know him but had met him in a club once. This information was enough for the police to put Erla in solitary confinement again.

Erla was then investigated for 6 hours and started to doubt her memory. She then named Sævar Ciesielski and Kristján Viðar Viðarsson—their friend—as possible suspects in the disappearance of Guðmundur Einarsson. The investigators further drew a confession out of her saying that she saw Sævar Ciesielski and three others taking the body of Guðmundur Einarsson out, wrapped in a bedsheet—a bedsheet which was found missing from Erla’s bed.

Erla Bolladóttir, at this point in her life, was only 20 years old and had an 11-week-old baby at home. She was kept in solitary confinement and threatened to be detained there indefinitely.

The next day, Sævar Ciesielski was questioned for 10 hours and then 6 hours. He was in solitary confinement all this time. He confessed to being involved in the disappearance and named three of his friends, Kristján Viðar Viðarsson, Tryggvi Rúnar Leifsson, Albert Klahn Skaftason. The three were arrested and put in solitary confinement. Eventually, they all confessed to being involved in the murder of Guðmundur Einarsson.

With one disappearance case solved, the police thought of making the same suspects confess to the second disappearance. They asked Erla if any of the men arrested could have been involved in Geirfinnur Einarsson’s disappearance. Ella replied with “Maybe.” The police tried to ‘make Erla remember’.

The police started investigating them about the disappearance of Geirfinnur Einarsson, and they all confessed to it. Their stories, however, kept changing. One of them named another person involved in the crime, who was identified as Guðjón Skarphéðinsson, a school teacher who had taught Sævar Ciesielski. At the beginning of the investigation, he could not remember the night—which was two years ago then—but after spending 17 days in solitary confinement, he confessed.

Even though no dead body was found, and half of the suspects had tried to retract their confessions, and that their memories were foggy, the court found them guilty in December 1977.

The Torture They Went Through.

At the point of their imprisonment, Albert Klahn Skaftason had been in solitary confinement for 88 days, Erla Bolladóttir for 241 days, Guðjón Skarphéðinsson for 412 days, Tryggvi Rúnar Leifsson for 627 days, Kristján Viðar Viðarsson 682 for days and, Sævar Ciesielski for 741 days. They were regularly prohibited from sleeping, questioned hundreds of times for multiple hours straight. They were dunked into the water and threatened to be drowned if they did not confess. Kristján Viðar Viðarsson tried to commit suicide twice when he was in detention.

Aftermath Of The Reykjavik Confessions.

Gísli Hannes Guðjónsson, a famous detective, known for his studies on false memory and suggestibility, said this case is the best example of false memory syndrome. According to him, the suspects had absolutely no idea of what had happened with Guðmundur Einarsson and Geirfinnur Einarsson. They only confessed to the crimes because their brains were played with thoroughly, their memories were manipulated, and they wanted to appease the police. They readily agreed to what the police wanted from them, or they would’ve been thrown in solitary confinement again.

In 2018, after this case was made public by the media, everyone was made aware of the injustice that was carried out. All five men were acquitted, but Erla is still fighting her case. Sævar Ciesielski and Kristján Viðar Viðarsson, however, had already died in 2011 and 2009, respectively.

What Happened To The Two Men?

Guðmundur Einarsson and Geirfinnur Einarsson had disappeared in 1974, and six people were then tortured and imprisoned for their alleged murder. However, no proof was ever found to show that the men were murdered or if they were even dead.

Iceland is known for its folklores of people disappearing. Either it is by the fairies taking them away or them going underground in search of God. Gruesome crimes like murder were unheard of in Iceland then, but disappearances were quite common.

Many theories were brought up regarding disappearances. Some said that the police were correct, and the six people had murdered them. Some talked about the men just running away from their lives, their similar names and the same year just being a coincidence.

The case is still open, and given the timeline and how it was investigated back in the day, it doesn’t look any close to being solved either. The life of six people, completely unrelated, however, were changed for the worse.

Crime and punishment are the freakiest lovers, even though their relationship lies upon a cause-effect mechanism. We are well aware of the phrase- you reap...
Read more

Are the Reptilian elite secretly ruling the world?

Who are the Reptilian Elites? Reptilian, commonly known as lizard people, are alleged humanoids who have the characteristics of reptiles. In reality, these reptilian humanoids...
Read more

Seth Rich, 27, was an employee of the Democratic National Committee. He was murdered...
Previous article
Cynthia Anderson: Unexplained Disappearance Of The 40-year-old
Next article
Room B340: The Scary Haunted Room On The Queen Mary Ship.
Conspiracy theories