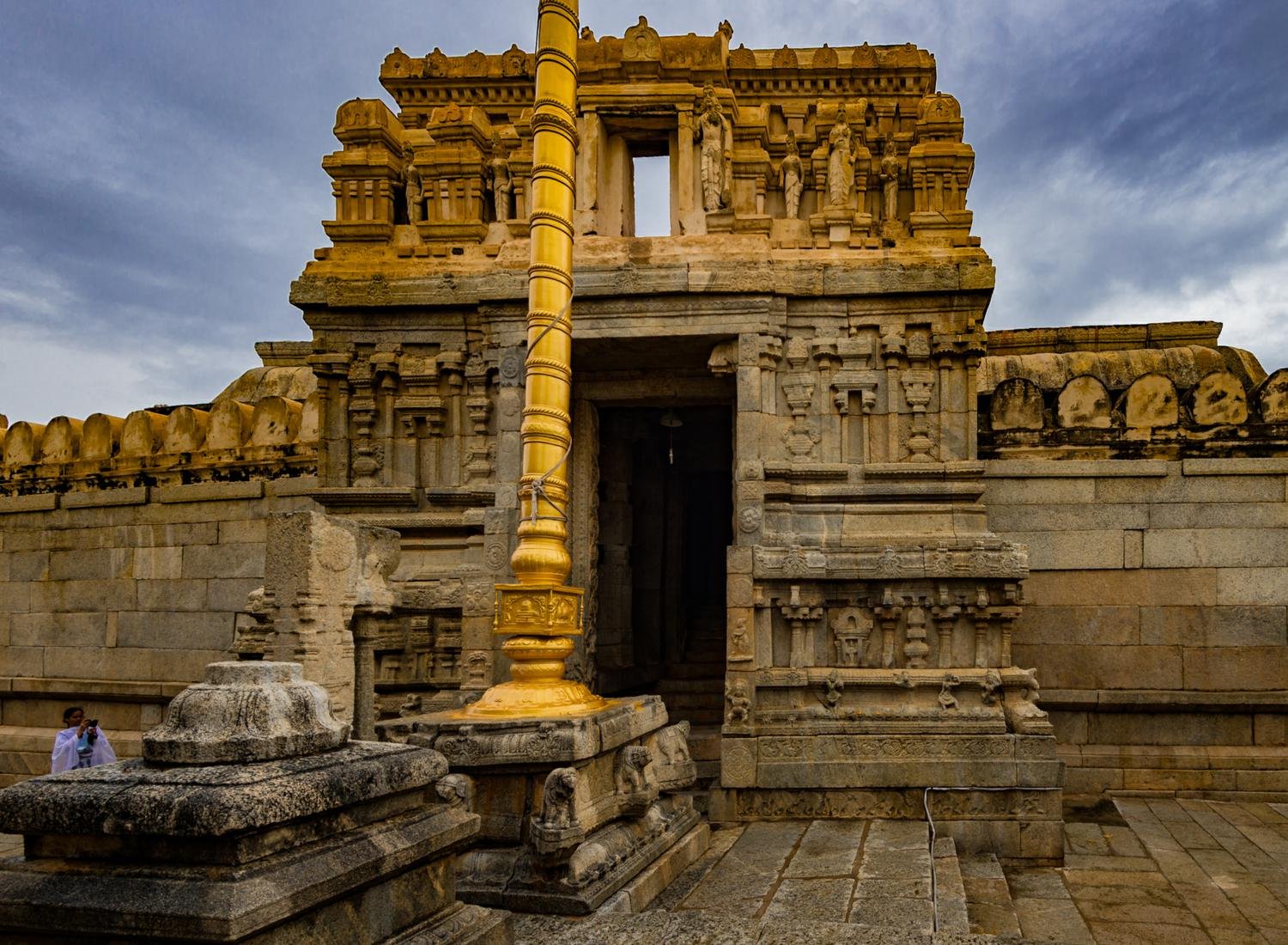 In the Anantpur district of Andhra Pradesh, exists a small village of Lepakshi of great historic importance. It is about 15 km from Hindupur and 120 km from Bengaluru. The village is the location of various shrines dedicated to Lord Shiva, Lord Vishnu and Lord VeerBhadra.

But what is so special about this village and its various shrines that attracts people from all over the world? Not only tourists, but scientists and archeologists are also easily found in these temples. It is the 16th century VeerBhadra temple, also known as the Temple Lepakshi that is the cause of all attraction. Or more specifically, the pillar in the temple that defies gravity.

Historical Significance Of The Village Lepakshi

The village was known and was held important long before the temple was built. This is because the village of Lepakshi is considered as the place where Jatayu—the mythical bird in the Indian Epic Ramayana— fell down after he was harmed by Ravana. When Sita was being abducted by Ravana, Jatayu tried to rescue her. Despite being old, Jatayu fought Ravana and fell on Earth after being defeated.

When Lord Rama and Lord Lakshmana found the injured and dying Jatayu in search of Sita, he informed them of the direction Ravana took. Lord Rama performed the last rites of Jatayu honoring him for his bravery. Ramarkal Mettu was the place where the last rites were performed. Lord Rama said to have commanded the bird to “Le pakshi” or “Arise, bird” in Telegu that led to the origin of the name of the village.

The Lepakshi temple, also known as Veerabhadra temple was built by the brothers namely Viranna and Virupanna who were governors under the Vijyanagara empire. It is one of the finest example of Vijyanagara style of architecture and is of great national importance. The Lepakshi temple is also an important pilgrimage site for Lord Shiva as the temple is dedicated to Veerabhadra—a fierce manifestation of Lord Shiva.

The temple also preserves the paintings and sculptors of the time and shows the talent which was present in the country. Practically all the exposed surfaces of the temple are covered with bright paintings or carvings.

Some points of the temple like the Durga Paadam, Vastu Purusha, the eyes of Viroopaakshanna should also be highlighted about the temple along with the Nandi statue and of course, the hanging pillar.

The Majestic Nandi of Lepakshi Temple

A huge granite Nandi—the ride of Lord Shiva—is located about 200 meters from the temple and is 20 feet in height and 30 feet in length. The statue is beautifully decorated with garlands and bells carved out of single rock stone. It is believed to be the only structure of its kind in the entire world.

The statue is faced towards another unique piece of the statue of the serpent. The huge rock of granite is curved and bends into coiled multi-hooded snakes making an umbrella cover over a Shiva Linga.

The Miraculous Hanging Pillar Of The Temple Lepakshi

The Veerabhadra temple is calm, serene, and has preserved its sanctity. The outer portion has a massive dance hall with 70 pillars supporting the roof. This is where the otherwise grand temple starts to become eye catching. Among the 70 pillars, in the corner is one pillar that does not touch the floor and still, the temple stands firm in its position.

The base of the pillar does not touch the ground and has a gap through which cloth or paper can pass.

Puzzled by this, British engineer Hamilton tried to solve these architectural aberrations in 1990. During his research he left the pillar a little dislodged from its original position. The engineer realized that any further attempt could ruin the entire structure. Pillar acted as the ballast to the hall’s roof. Hence the minor change could ruin the balance and can cause irreparable damage to the structure.

That particular pillar is referred to as Akaasa Sthamba (floating pillar).

Possible Reasons Behind The Hanging Pillar

This particular pillar defies gravity and makes everyone wonder. The Akaasa Sthamba was at times referred to as Jatayu whose remnants are still there flying and that might indicate the reason why the pillar is in mid-air. Nobody could remove the pillar because it doesn’t support the whole architecture and yet any attempt made to do so results in a huge misbalance that can destroy the whole temple. It is said that since Jatayu couldn’t save Sita his soul didn’t rest in peace and is still trying to protect people around him.

Another reason is given that the pillar was made to not rest on the ground, to show the brilliance of the Vijyanagara architecture.

Whatever may be the reason for the pillar to hang from the ceiling, we can all agree that the Lepakshi temple is a brilliant piece of architecture and shows us the intelligence of our ancestors.

Read also: The disturbing case of the mutilated man

Seth Rich, 27, was an employee of the Democratic National Committee. He was murdered...
Previous article
Do Black Cats Bring Bad Luck?
Next article
The Disappearance of Madeleine McCann
Conspiracy theories