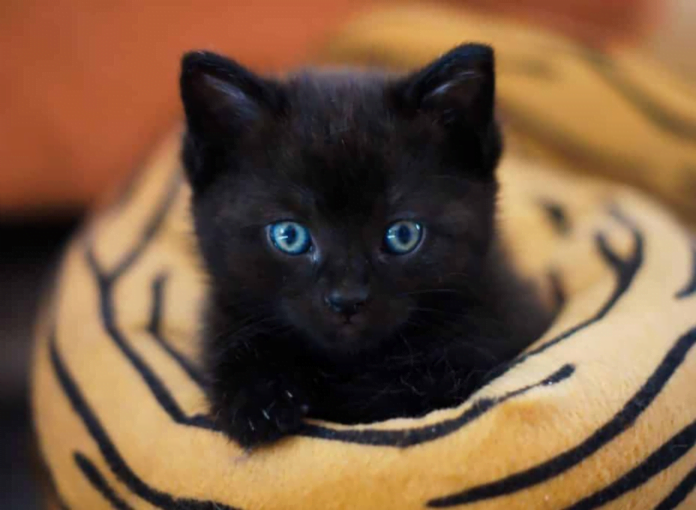 We all know the many superstitions in the society, living in an Indian household. From the breaking of glass, to hanging lemon and chili, everything has its purpose. The black cat is also an important part of Indian beliefs, and mostly superstitions. If a black cat crosses your path, you will have bad luck. Or so they say.

With the love for cats growing on the internet in the form of memes and cute videos, more and more people are adopting cats as their furry companions. Does this talk of good and bad luck still hold up then?

In ancient Egypt, Cats were treated as Gods. They were worshipped and people were scared of harming them, let alone killing any. Cats controlled the rodent population in Ancient Egypt, and overall benefitted the Egyptian Civilization.

In the medieval times, however, the Catholic Church—which was the highest authority, and was believed by almost everyone in Europe—declared that black cats were incarnations of the Devil. Due to this, black cats were hunted, tortured and even burned alive. By the 14th century, cats were almost extinct in some parts of Europe.

Due to the population of cats so decreased, rats grew to a high number and this was one of the reasons for the breakout of the plague or the Black Death of the 14th century.

Why black Cats were considered evil?

Whatever humans can not define, they turn it to the supernatural. In olden times, witches were considered as the pawns of the Devil, but in reality, they were just women who thought for themselves and did not follow the Church. They lived outside the town, and were usually accompanied by cats. So by association, cats were given the status of evil as well.

Many believed that a black cat was a witch in disguise, or that cats assisted the witches in their evil endeavours or that a cat would turn into a witch if it stayed with one for seven years.

Different cultures have different beliefs about the black cat. They started from Egypt with being worshipped to the 14th century when they were hunted. In India, if a black cat crosses our path, we are advised to wait and let someone else go first. By doing this we pass the bad luck to someone else and protect ourselves. The beginning of this belief can not be traced back to anything particular but we can guess that the way a cat moves and gazes, can bring an element of doubt in the mind of a superstitious person. They might think that the cat is up to no good and pass the evil to anyone who comes near it.

Europe still has varied reactions to the black cat. In Germany, a black cat crossing your path from the right to left is considered bad luck, while crossing it from left to right is considered good luck.

In English and Scottish folklores, a black cat coming towards you is good luck and one walking away from you is ill fortune, as they take the good luck with them. The beliefs of English and Irish sailors in the 17th century to almost 20th century were quite different. They believed that having a black cat on board was a symbol of good luck.

Black cats have had a tough time for a long-time for centuries now. Many people have tried to bring an end to these myths of bad luck of a cat crossing the path by saying that it probably means that the cat has somewhere to go. If a cat approaches you, maybe it is not because it wants to bring you good luck or to take it away from you. Maybe it has just chosen you to pet it.

The legacy of cats and witches: an overview The origins of witchcraft and the legends of cats lie in ancient Egypt. The Cat was symbolic...
Read more

People, who remain glued to Hollywood narratives can recall the famous scene from “Raiders of the Lost Ark” where a giant stone sphere nearly...
Read more

Seth Rich, 27, was an employee of the Democratic National Committee. He was murdered...
Previous article
Iapetus: Natural Satellite or An Alien Death Star?
Next article
Temple Lepakshi and The Mystery of The Hanging Pillar
Conspiracy theories