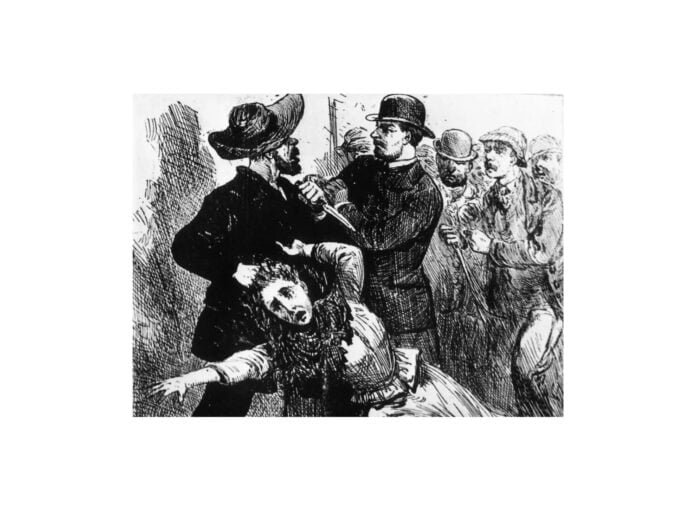 Once Upon a Time, there was an author. He wrote fantastic stories that amuse children even today. He could have been Jack the Ripper.

We all grew up hearing stories. These stories fueled our imagination, and maybe that’s why, as adults, we are so fascinated by conspiracy theories. That is why a conspiracy theory that connects a beloved children‘s books’ author to a serial killer is bound to stand out.

Table of Contents show
Who was Jack the Ripper?
How does Lewis Carroll come in?
A Bunch of Anagrams
An Unsolved Mystery

Who was Jack the Ripper?

Jack the Ripper is a widely known serial killer who killed allegedly killed female prostitutes of London. The internal organs of some of the murder victims were removed that led people to suspect that the murderer had some anatomical knowledge.

While he is suspected of having committed eleven murders, only five of them could be linked. Nonetheless, the horror of the deed has been so intense that the trauma remains an essential part of folklore and urban legends.

One of the reasons why the legend of Jack the Ripper lives on is because his true identity was never known.

How does Lewis Carroll come in?

If you know about Alice In Wonderland, you know about Lewis Carroll. He wrote the much-loved children’s book along with others. Apart from being a phenomenal author, he was also a photographer, mathematician and inventor.

It seems far-fetched to think of Carroll as a murderer. But his name was nonetheless added to the list of suspects when Richard Wallace published a book in 1996, that presented the theory of Carroll being the notorious serial killer.

Jack the Ripper, Light-Hearted Friend is the book Wallace wrote where he theorises that Charles Dodgson and his close friend, Thomas Bayne were the culprits for the Jack the Ripper murders. Unknown to many people, Carroll’s real name was Charles Lutwidge Dodgson.

Carroll was born in 1832 and died when he was 65, in 1898. The time frame of his life supports Wallace’s theory as Carroll would have been around 55 when the five murders were committed in the Whitechapel district of London in 1888. While there are about twenty other suspects who could have been the killer, nothing was definitively proven, making this theory gain momentum.

A Bunch of Anagrams

Wallace’s incriminating evidence against Carroll wasn’t a secret confession or a murder weapon. It was some anagrams. Wallace cites some examples that allegedly prove Carroll’s involvement with the crime.

• In The Nursery Alice, Wallace found a sentence whose anagram reads: “If I find one street whore, you know what will happen! ‘Twill be off with her head!”

• When he combines another paragraph, Wallace reads the anagram to be a hidden confession: “Oh, we, Thomas Bayne, Charles Dodgson, coated into the slain, nude body, expected to taste, devour, enjoy a nice meal of a dead whore’s uterus. We made do, found it awful—wan and tough like a worn, dirty, goat hog. We both threw it out. – Jack the Ripper”.

Apart from these anagrams, Carroll’s collection of around a hundred books on anatomy support this theory. These books could have provided Carroll with enough competence to remove the internal organs of his alleged victims.

Moreover, in a passage of his diary, Carroll is reported to have written an ingenious theory about Jack the Ripper. Although the theory itself remains unknown, condemning Carroll for the mere mention of a famous serial killer seems dubious.

Since there is no way of knowing the identity of Jack the Ripper for sure, Lewis Carroll’s name will always remain tacked onto the list of suspects. Although he is an unlikely suspect, he is not here anymore to deny anything. Furthermore, the mystery of the serial murders remains unsolved to date, along with the mystery of whether our beloved children’s author had a darker hidden side.

After the premiere of 'Chernobyl' on HBO, the question has risen again. Who is to be blamed for the catastrophe that struck on 26 April 1986?
Read more

Alien? A psychopath? Men in black? Or just our imagination? What is the mystery of the Grinning Man who scares people at night and...
Read more

Welcome to the Bangtan or BTS Universe where we narrate to you a story of lost youth, innocence, and friendship. Timelines so stretched out...
Read more