The Forbidden Legend of La Llorona 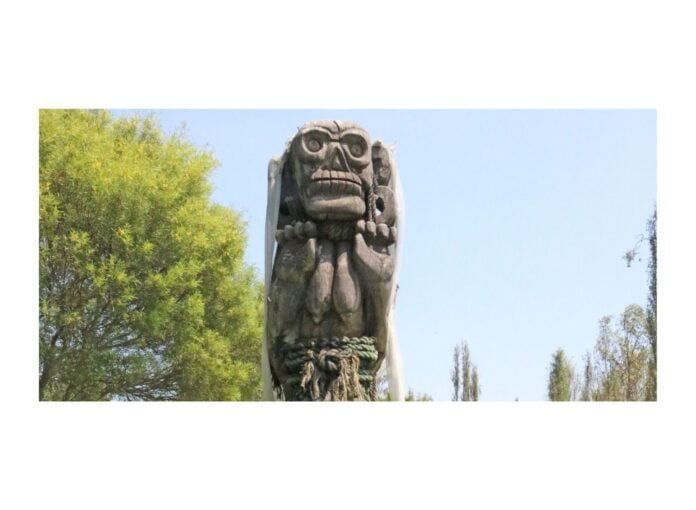 Mexican children have grown up fearful of La Llorona or The Wailing Woman, a wailing woman whose life’s crimes have trapped her spirit on Earth, tormenting small children. She’s the stuff of legends—a scary bedtime story and a myth with roots dating back hundreds of years.

In the legend, a lady named Maria drowns her two children and then drowns herself. She is not given a place in the afterlife and is forced to roam Earth until she finds the souls of her children.

For generations, this tale has been a part of Hispanic culture throughout the Southwest. The tall, slim spirit is considered to have an innate beauty and long, flowing black hair. She wanders the rivers and creeks in a white gown, crying into the night and looking for children to take to a watery grave.

Nobody knows when the legend of La Llorona started or where it came from. Though the stories differ from one source to the next, the one constant is that she is the ghost of a cursed woman who drowned her children and now spends eternity wandering rivers and lakes for them.

Table of Contents show
The Variations in different stories
Conclusion

The Variations in different stories

There are many different details and variants of the legend.

In one version of the fable, a lovely woman named Maria marries a merchant and has two children with him. Then their marriage hit a snag: her husband began to spend less and less time at home, and when he did, he focused solely on the children.

Maria was strolling with her two children down a shaded route by the river one evening when her husband arrived in a carriage, flanked by an exquisite lady.

He came to a halt and spoke to his children, but he ignored Maria, before driving the carriage down the road without turning around.

Maria became enraged when she saw this, and she turned on her children, taking them and throwing them into the river.

She comprehended what she had done as they disappeared downstream and ran down the bank to save them, but it was too late. Maria screamed and wailed her heart out as she ran around the streets inconsolably sad.

They were grieved by the lovely La Llorona at all hours of the day and night. She refused to eat during this period and wandered down the river in her white gown, praying that her boys would return to her. As she walked down the riverbanks, she cried nonstop, and her garment got filthy and ripped.

She became thinner and taller as she continued to refuse to eat until she resembled a walking skeleton and nothing like the woman she once was. She perished on the river’s banks while still a young woman.

When she arrived at heaven’s gates, however, she was denied admittance and sent back to Earth’s purgatory until she could locate her children.

In another version of the story, her children are illegitimate, and she drowns them so that their father cannot take them away to be raised by his wife.

Tormented by guilt and sadness, she drowned herself as well, but she was denied entry to both hell and heaven and was forced to roam the Earth until she found the lost soul of her children and brought them back to heaven.

Now, the legend says, she floats over and near bodies of water and train tracks in her white, funereal gown, forever weeping as she searches for her lost children, calling out “Ay, mis hijos!” (Translation: “Oh, my children!” or “Oh, my sons!”). Some versions of the story say she kidnaps or attacks children thinking they are hers or hoping that they would be accepted in place of her sons; others say she attacks cheating husbands.

Regardless of when or where you hear her screams, the advice is the same: run.

Seth Rich, 27, was an employee of the Democratic National Committee. He was murdered...
Previous article
Jack the Ripper wrote Fantasy Children’s Books?
Next article
Was Dancer’s Image Drugged: Did Anti-Civil Right Believers Do It?
Conspiracy theories