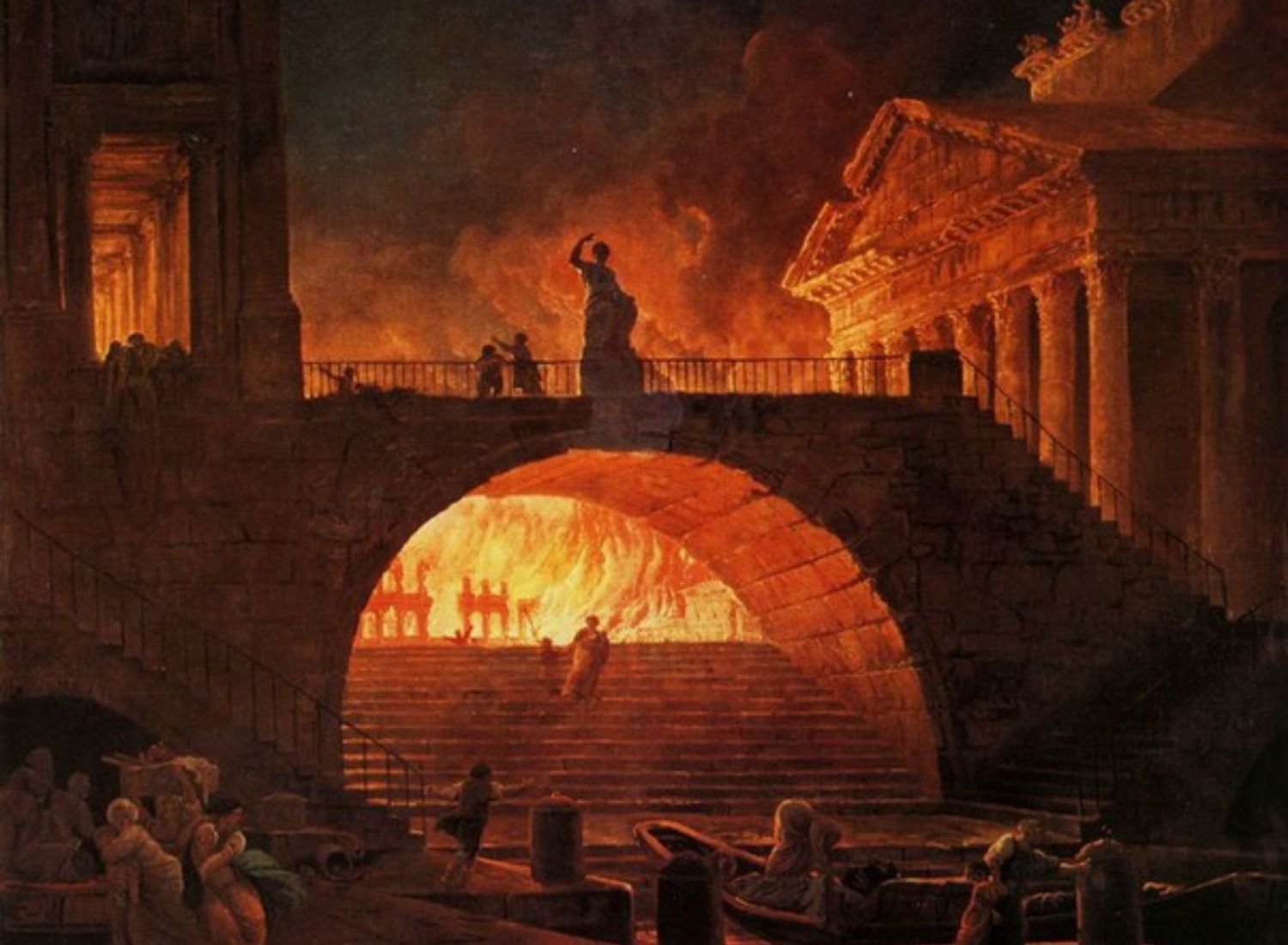 History holds a record of many events but also of way more secrets than getting buried alive. Such a case happened in Rome way back in 64 A.D. On the night of 19th July, 64 A.D, a fire broke out surrounding Rome’s chariot-racing stadium and slowly spread to shops and houses. Therefore, causing massive destruction of property and humanity at large. When people were terrified and helpless, Emperor Nero chose a cold resort. But the unresolved mystery lies- was it their cold-heart Emperor’s orders or the blazing heat the real culprit?

The infamous Lucius Domitius Ahenobarbus, popularly known as Nero, ruled Rome for less than two decades. He was the great-grandson of Caesar Augustus. He lived a traumatic childhood where he and his mother, Agrippina, were exiled and sent to an isolated Pontian Island. Later, Agrippina convinced Claudius (Emperor at that time and Agrippina’s uncle) to marry her and pass his throne to Nero.

As crime, treachery, and betrayal were the only impressions of his childhood, Emperor Nero became a hostile and belligerent maniac driven to acquire more power.

Nero is referred to as the “Icarus of Rome.” Thus, Nero and Icarus (figure of Greek) can be placed at similar footings for their overpowering thoughts and the never-ending hunger for power. Just like Icarus, Nero was self-driven by the idea of power and blurred the lines of limitations. However, people believed Nero moved his power-sucking mother in a separate residence and got her killed to rebuild Rome on his own terms.

The Night Of Bloodshed:

An ordinary night in Rome on 19th July, 64 A.D shall forever be mentioned in the pages of history. The city of two million people witnessed a fire break out. The blistering heat of summer set ablaze many houses and turned them to ashes, especially slums, which were sitting targets.

Upon hearing the situation of the not so ordinary fire, Nero went far away, residing in a colder resort in Antium. The fire continued on its path of destruction for six days before coming under containment.

Surprisingly, fire reignited and burned for another three days straight. Rome was grabbed in the clutches of smoke while 10 of Rome’s 14 districts were in great destruction. Two-thirds of Rome got destroyed.

History has its rule and lessons. It imposes severe allegations on Emperor Nero about the disaster, implying he started the fire to build a new Rome on the old buried grounds.

The allegations explicitly came from a fellow aristocrat and Senator, Tacitus. Tacitus blames Emperor Nero for happily watching Rome burn alive while using his power play to make his vision a real success. He also talked about a gang of thugs who supposedly prevented the people of Rome from leaving so that fire could continue for days.

Tacitus Played In Opposition To Nero:

Tacitus was a young Roman elite. He would’ve been a teenager when he proposed this theory and also when Nero died. To safeguard himself from the ongoing allegations, he blamed the Jewish sect of Christians, whom he later mercilessly assassinated. Many Christian prophecies existed, like those about Rome’s destruction by fire and punishment by Jesus.

In conclusion, as every yarn sews continuously towards a story, we begin to look at it differently. Twenty centuries later, we still search for a way to establish the truth. Was Tacitus’s allegation powered by intuition or revenge? Or Nero was the one responsible? Or even Archaeologists and historians are to be blamed for the selective recording of this event?

‘To Kill a Mocking Bird’ is one of the most celebrated books in the linguistic sector. Written by America’s most exquisite author, Harper Lee,...
Read more

It's been nearly 50 years since the last human being set foot on the Moon. Technology has evolved more in these 50 years, but still,...
Read more

Seth Rich, 27, was an employee of the Democratic National Committee. He was murdered...
Previous article
3 Mysteries Of The World Of Art
Next article
Hitler: Dead Or Alive? Part-1: Escape Route 404
Conspiracy theories