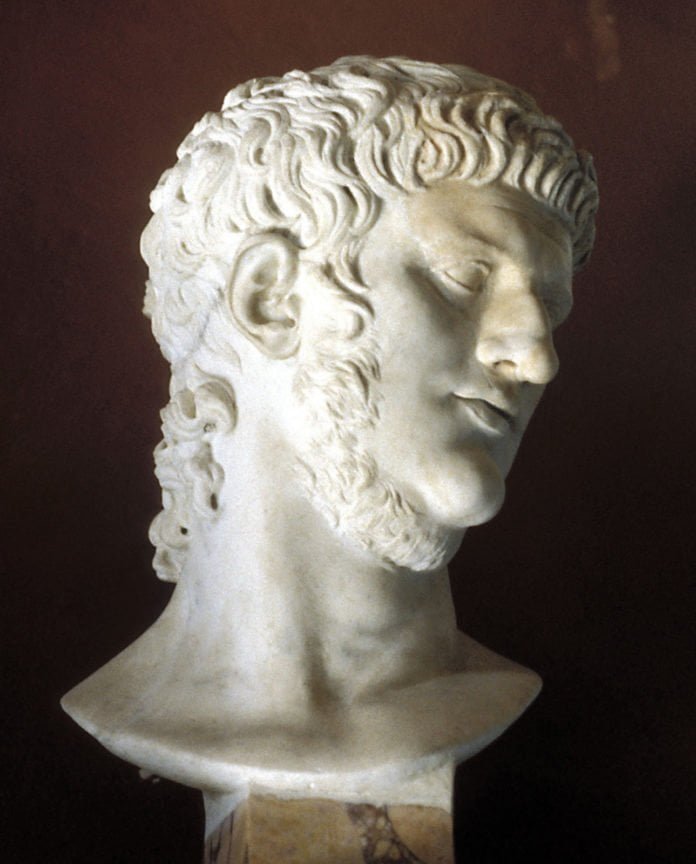 Qualis artifex pereo (what an artist dies in me) is one of the very thought-provoking quote by the Roman emperor Nero, but sadly enough these aren’t the reason for his worldwide fame.

Table of Contents show
Nero’s ascendance to the throne:
How did the mass view him?
Was it a facade or did he really die?

Nero’s ascendance to the throne:

The last emperor of the Julian Claudian dynasty, he was adopted by his great-uncle Claudius and became his successor. His mother Agrippina the younger, was implicated in Claudius’ death and Nero’s nomination as the emperor.

He’s stepping up as the ruler of Rome was with the consent of the Praetorian Guard, yet this seemed to be too little to satisfy his ambitious plans. Nero’s rule was characterized by the uneven focus on diplomacy, trade and cultural life of the empire, ordering the construction of theatres and promoting athletic games.

His public image was that of an actor, poet, musician, and charioteer. Many traditionalists felt that this was a huge drawback in his personal status and office, which indirectly undermined his dignity. His lavish programs were executed by a rise in taxes, which was much detested by the middle and upper classes, thus making him look like an extravagant tyrant.

How did the mass view him?

Nero was always considered a cowardly king, in a way. It is claimed that he tried to commit suicide four times previously and on discovering that he had been labeled as a public enemy by the Senate post the selection of the governor of Hispania Tarraconensis, Galba as the new emperor, he found all the more reason to aim for a successful end to his all-time desire of finishing his own life.

He escaped before the strong swing of revolt against him gained momentum, otherwise, it would’ve made it impossible for him to escape.

Was it a facade or did he really die?

While on a logical level it seems that he fled Rome to save his life, what lies unclear is the section about his multiple attempts at taking his own life. Does it make sense for a man to run to save his life, only to take it at his own expense? The question of honor comes into play but does not really satisfy all the question marks.

His alleged suicide has led to his supporters giving life to a new set of conspiracy theories called the Nero Redivivus legend. This was persistent until the late 5th century and talked about his return with a large army to regain his throne.

The legend is attributed to the presence of several impostors who posed as Nero and led rebellions. These legends play expertly on both hope and fear, with the earliest version of this legend being found in the Sibylline Oracles that claim Nero did not die, and simply fled to Parthia in order to gather a large human force for the attack on his enemies.

The others believed that he lived in hiding and would be restored to the throne when his time approached. A handful also believes that he faked his own death to be left in peace, The legend also gave rise to a sense of fear in Christians who nurtured a belief that he would return from the dead and reclaim his position.

Christians felt particularly threatened because of his infamous step of persecuting a large segment of this religious population. The book of revelation to alludes to this belief of the slaughtered head being returned to life and creating havoc in the realm, indirectly leading to the rumors of him being ‘antichrist’.

While as readers on the other side, we can only speculate and believe whatever helps us sleep better, but the truth may be wild and beyond all our assumptions. The death of Nero and the various theories surrounding it remind us of the death of the Egypt emperor Tutankhamun, in a way, but that is a whole different story. Until then, let’s hope to keep our senses working.

Was Shakespeare as Fictional as His Plays?

"All the world's a stage, and all the men and women merely players: they have their exits and their entrances; and one man in...
Read more

Alexa! Tell Us The Truth- How Creepy is the Smart Speaker?

What is Amazon Alexa? Amazon Alexa or Alexa is a smart speaker developed by Amazon. It lets you speak your wishes and see them fulfilled...
Read more

Seth Rich, 27, was an employee of the Democratic National Committee. He was murdered...
Previous article
The Mystery of North Korean Ghost Ships.
Next article
Experiments in Time: By U.S. Government
Conspiracy theories