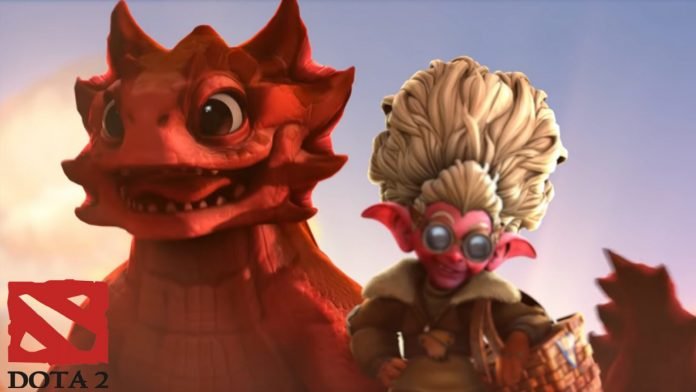 With the end of TI9 in August 2019, we welcome not just the new champions of the DOTA 2 e-sports scene, but an entirely new hero to the roster of DOTA 2. The unveiling was the highlight of the main event in The International tournament, generating a buzz in the community about her role and what position she would play. Is she a classic mid hero? Or is she a carry? Perhaps she’s extra mobile support! Whatever be the case, however, small sections of the community have expressed their interest in finding out where she fits into the history and the lore of DOTA 2.

The first hero to be revealed on the day of the main event was ‘Snapfire’, a badass grandmother Keen with a shotgun for a weapon and a lava-spewing dragon-lizard type hybrid for the amount. Usually, new heroes in DOTA 2 mean there will without a doubt be some lore changes, links and character connections.

This also means foreshadowing a particular hero before it comes out! Luckily for us, we had leaks with some information regarding a certain character called ‘Mazzie Trouble’. Certain theorists dug through the response lines with the word ‘Mazzie’ and they found one voice line for one of the newer heroes, Dark Willow (Mireska Sunbreeze), mentioning Mazzie and giving us an idea of her personality!

You’re not friends with Mazzie, are you? I hate that little runt.

Fast-forward to the last week of August, and a new hero of the Keen species is announced! But is she a runt? We can’t make any conclusive guesses, but from the trailer, she does look like a real hell-raiser. The question still remains whether or not she is the Mazzie, or were there some last moment changes. Just because Mazzie was a keen woman that Dark Willow interacted with doesn’t necessarily mean that Snapfire is the same as ‘Mazzie Trouble’. Perhaps they’re just coincidences that happened really close to each other, but we can at least conclude that Mazzie was a concept waiting to happen.

It’s entirely possible that the concept of Mazzie developed into Snapfire, or she got redesigned and characterized to become what is now officially the 120th hero introduced by Valve to the pantheon of heroes of the well-liked MOBA. With more information coming out in Fall, I’m sure we’ll hear more about Snapfire in all her lore mysteriousness.

NASA has been showing a steadfast improvement in the field of space technology. Not...
Previous articleDid Nikola Tesla invent the Death Ray?
Next articleDOTA 2 THEORY: Visualizing Void Spirit
© Newspaper WordPress Theme by TagDiv