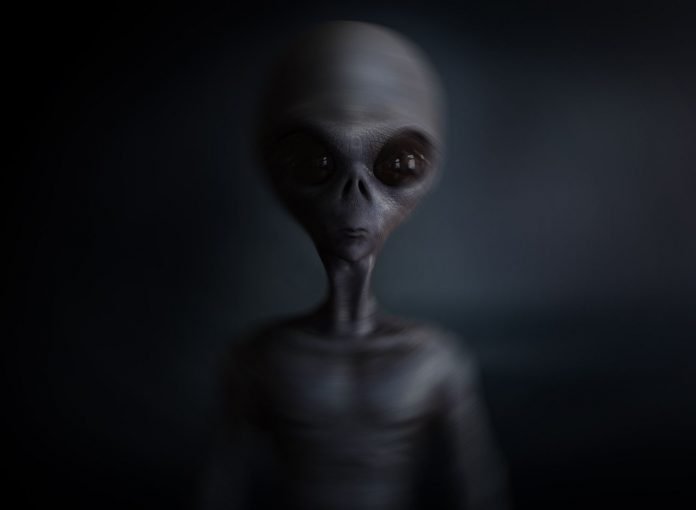 On 29th September 1988- A dead body of a severely mutilated middle-aged man was found on the banks of Billings reservoir, Sao Paulo, Brazil. It was the most disturbing death ever recorded. There were no clues about how that body came there and who mutilated the man. The mutilation was done with a piece of surgical equipment and it is also believed that the machine used for the man was beyond the technical expertise of man. Was he a victim of an alien experiment?

The Billing reservoir served as a place where many deaths occurred and not even a year passed by without at least one drowning; it was also used as a dumping ground for bodies for many gangland killings on the streets of Sao Paulo, but this case was so disturbing that it wasn’t easy to explain.

Table of Contents show
1 Discovery Of The Mutilated Man
2 1994: Six Years After The Discovery
3 The Autopsy Report
4 Painful Death
5 Cause Of The Death
6 Theories Behind The Death
6.1 1. Natural
6.2 2. Murder
6.3 3. Supernatural

Discovery Of The Mutilated Man

On a bright sunny spring day of 29th September 1988, a schoolboy was walking on the banks of Billing’s reservoir after his school to hunt birds and insects inhabiting grass or wood. He stopped when he spotted a large group of vultures on the opposite bank. At first, he thought that it was a dead animal then he tried to disperse the birds by catapulting a stone at them.

What he saw what actually laid beneath him, he was terrified as it was a badly mutilated corpse of a middle-aged man. He got so scared that he ran towards the nearest village and breathlessly told the villagers what he saw at the reservoir.

The police were called, a fire truck and 2 officers from Santo amaro Police department arrived on the scene. After analyzing the situation they all agreed that this is something different than any other case and by late afternoon the area was closed and the site was filled with police officers and medical personnel. Many rumors circulated over the next few hours amongst the villagers’ and nothing was reported on the evening newspaper or tabloid.

Police, medical personnel and everyone else on the site left at night without getting noticed by the villagers. In the morning the site was left with police tape and grass being trampled by many pairs of shoes. Nothing was heard about the case after that. The incident surely began to slip from the mind’s of the villager’s after some time

1994: Six Years After The Discovery

In 1994, Forensic’s reports accompanying photographs somehow got leaked to the press and low key reports appeared in various newspapers and publications over the next few weeks. Someone working in the government must have found this case so disturbing and creepy that they decided to break their silence and leaked the information to the public.

The details regarding the state in which the body was found were so disturbing that the authorities must have been questioning exactly what could or who could have done this to another human being and Is it even possible for a human to do these kinds of injuries to another person?

The personal details of the victim were not released to the press with respect to the victim’s family. This was clear that he was a victim of horrible mutilation which was never seen before or since not in the public sphere

In the autopsy report, it was mentioned that the eyes were extracted and the eyelids were cut away, the tongue had been removed, the left ear had been sliced off, lips and flesh around the mandibles and neck had been excised and a significant piece of jawbone was missing.

Examining the whole body they found that armpits each have been punctured by a single hole of 1.5 inches in diameter, similar holes were found on the legs and arms when it was discovered that flesh including entire muscles had been extracted. These apertures were all uniform in terms of size and the way they had been inflicted and there were two holes on opposite sides of the body such as located in the armpits and limbs, they were found to be symmetrically aligned with each other.

When the forensics attempted to inspect the victims’ internal organs they were shocked to find that these have been removed too. Kidney, liver, large and small intestine, pancreas all were missing and the chest and stomach had shrunken inwards as a result. However, there was no incision in the abdomen besides another hole, where the navel should have been similar in size to others.

Forensics concluded that the organs along with the organ tissues had been sucked out via these holes with some suction mechanism, A complete unnatural method of extraction, It is also believed that the mechanism used for the victim was beyond the technical expertise of man. Victim’s colon was also taken out leaving a huge hole near the rectum.

All the cuts on his body, holes were made with the help of surgical blades and with technology which was beyond human expertise. All wounds showed a lack of bleeding which means blood was extracted at the same time of incisions because the wounds themselves have been cauterized. Everything was done with precision and with technology which we aren’t aware of, clearly pointing towards an alien experiment.

According to Discovery UK, many cattle were found mutilated in the same way abandoned in the fields. Were these cattle and the poor man a victim of an alien experiment?

Some people believed that vultures, insects and organisms must have been fed on the flesh of the corpse. The corpse was found 24 hours after it died. It takes more time for decomposition than 24 hours and there were no traces of rat bites, insect’s, bird bites on the corpse. So, the organs were actually sucked out his body through those holes.

His death was considered the most painful and the most disturbing aspect of this case. There was no sign of anesthesia or any other paralyzing agent. All the injuries were made without anesthesia and the victim’s body was fully conscious during the procedure. When the cranial cavity was opened forensics listed two items: An unimpaired skull cap and signs of cerebral oedema without accompanying trauma to the skull are indicating to an agonising death.

Cause Of The Death

Acute haemorrhage in multiple traumatizing. There is a component of causa mortis by Vargas stimulation. This means the victim died of cardiorespiratory arrest brought on by extreme pain and reports also state the evidence of torture.

He frequently visited the reservoir for fishing and went missing 3 days prior to his death. His clothes were found on the opposite bank behind the woods. It was clear that he swam towards the other bank for fishing. He suffered from both epilepsy and alcoholism. Authorities concluded that he must have mixed alcohol with his medication which resulted in a strong reaction and then swam towards another bank resulted in collapsing and dying. The case was dismissed quickly and cause was told to be natural and that he died because of his lifestyle choices.

But Why Did The Authorities Cover Up The Details?

The case came to light after 6 years of his death and then too it was leaked by someone from the government to the press and was dismissed quickly that it didn’t reach the mainstream press.

Theories Behind The Death

Authorities stated that it was a natural death because he was suffering from epilepsy and alcoholism and must have mixed alcohol with his medication which resulted in a strong reaction and then swam towards another bank, collapsing and dying due to cardiac arrest.

If that is so , why would the authorities lie about the location to press? Why were they trying to avoid mainstream press and hiding details? What about the other injuries on the body?

Some people also believed that it was murder as in the victim’s report it was stated that he died with extreme pain and there were no signs of struggle or attack by another person on the victim’s body.

If it was murder then how was the killer able to perform such skilled surgery with all surgical equipment without any anesthetic agent and with a suction device?

No other human was found dead in a similar manner. No traces of another person were found, not even any equipment was found, which automatically leads towards the 3rd theory.

All the injuries on the victim’s body lead us to something supernatural. Was it the aliens who did this?

The injuries on the man resembled the injuries of animal mutilation which happened back then and there was a shocking resemblance between them. People living in areas where animals were abducted after mutilation link it with aliens and UFOs.

Why did they wanted to do this to him? Could they have subjected him to a swift but extremely brutal procedure in which he lost his life?  This case got closed and is still unsolved in the eyes of the people but pictures are still widely available to the public.

NASA has been showing a steadfast improvement in the field of space technology. Not...
Previous articleHarper Lee’s To Kill a Mocking Bird Ghostwritten By Truman Capote?
Next articleHAARP: A Mind Control Lab Or Another Research Facility?
© Newspaper WordPress Theme by TagDiv