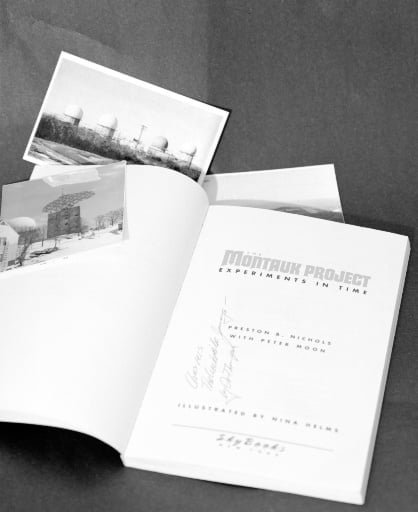 Montauk Point, known to most New Yorkers for its picturesque beauty and landmark lighthouse, is located at the easternmost end of Long Island. On the ancient Fort Hero’s grounds, there is a mysterious and ruined Air Force base to the immediate south of the lighthouse. Despite being formally abolished and abandoned by the U.S. Air Force, it reopened in 1969 and continues to operate without U.S. Government Sanction.

There are survivors from this area that claim that they have been experimented upon and have worked with elements of time travel and mind control. One of them was  Al Bielek, who recovered his represses memories, about his works in the Montauk and called it as an extension of the infamous Philadelphia project. And one of the survivors named Preston Nichols wrote a series of the book known as the “Montauk Project.”

Preston worked on the psychic factors of the Montauk Chair and the program of Montauk Boys with Al Bielek. Preston taught the boys of Montauk as “PSI Warriors.”

The Chair of Montauk used subtle quantum fields to read the ideas of a person. A psychic lay in the chair, go into a trance and select the emanations from a group of coils. A bank of Tesla’s built radio receivers would pick up the idea and digitize it. Turning the thinking into the code of the computer. To transform the idea into fact, the radar tower was used.

For many reasons, this chair has been used. For time travel, one was to open a vortex. During the initial test of the vortex, many Montauk boys were lost.

Both Duncan and Stewart Swerdlow were supposedly Montauk Boys. Both are still deeply disturbed by this portion of the program. The Montauk program came to an abrupt stop when “Jr.”, the Bigfoot monster (via Duncan) came into shape and wrecked the base.

There are a lot of “soft” and “grey” facts regarding the Montauk project but we may never know the truth.

INTRODUCTION We all have seen the Sony Liv web series based on Indian Billionaire Harshad Mehta's life. After seeing that, many, or I must say,...
Read more

You Must Be Curious— What Is Antimatter? Before we understand antimatter, we should understand the matter. The matter is anything that has mass and occupies...
Read more

Seth Rich, 27, was an employee of the Democratic National Committee. He was murdered...
Previous article
Will dead Nero Rise From The Ashes?
Next article
Why did black helicopters exist?
Conspiracy theories