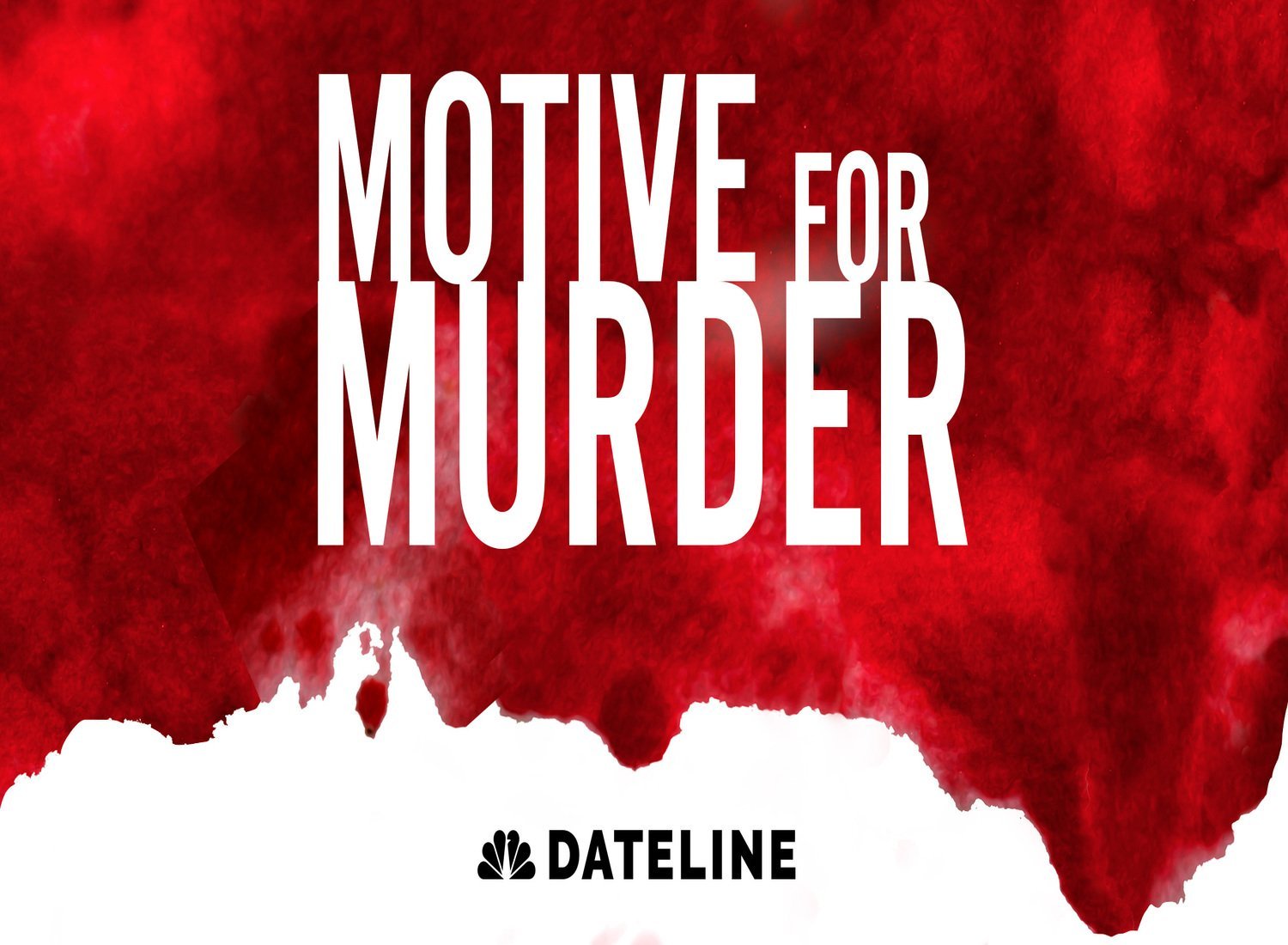 The 2008 Noida double murder case is filled with several theories and allegations which are too bizarre to believe in. The case revolved around the murder of Aarushi Talwar and another murder investigated to happen on the same night of her in-house living servant, Hemraj Banjade. The Aarushi Talwar case received a lot of criticism in terms of the investigation conducted, as most of the evidence was tampered with and misplaced by the police. The judgment was given based on suspicion and not on concrete evidence.

The murders happened between the night of 15th May to 16th May, while the body of Hemraj was discovered a day after. The case was transferred to CBI because most of the evidence was tampered with, and afterward, a new CBI team was also appointed. However, the investigation gave its final closure report of the parents of Aarushi Talwar. This was equally surprising as there was no solid evidence and it was done only based on suspicion

Table of Contents show
1 Theories Revolving Around The Parents
2 Why Were The Suspects Released?
3 Leave your vote

Theories Revolving Around The Parents

According to CBI’s final report, there were several theories, and the parents of Aarushi Talwar, Nupur Talwar, and Rajesh Talwar were accused as murderers. However, there was no solid evidence against them; on the contrary, the evidence collected did not match the accused. The murder scene was tampered with. When the Talwars found their daughter dead, they first called other people to the scene and, only afterward, the police. This had led to several tampered evidence, and secondly, police were highly criticized for mishandling the evidence. The case initially thought Hemraj to be a murderer, but after finding his half decomposed body on the terrace, the suspicions turned down.

There were theories made that Rajesh Talwar, father of Aarushi Talwar, was the convict and Nupur Talwar helped him. The theory followed the sequence that Hemraj knew about Rajesh Talwar having an extramarital affair with Anita Durrani and blackmailed him by threatening to spill the beans. Thereafter, Rajesh called Hemraj on the terrace and murdered him.

Aarushi was murdered as she had witnessed it, and she was against her father’s extramarital affair. The next theory followed that Aarushi knew about the extramarital affair of Rajesh Talwar and started such a relationship with their servant. When he found them in an objectionable position, he took Hemraj and killed him on the terrace. Thereafter, he had a drink and killed his daughter also.

The next theory stated that Hemraj and Aarushi Talwar were found together, which Rajesh Talwar opposed, so he bought his Golf stick and hit Hemraj. The second time he hit, Aarushi got in between and took a blow instead of Hemraj. Afterward, Rajesh Talwar killed Hemraj as well, this had woken up Nupur Talwar, and she helped him clean up the murder. They dragged the body on the terrace and locked the house from the outside, and even influenced the statement given by their maid.

However, these theories were strongly opposed by Talwar’s supporters, and the Talwars approached the Allahabad High court to seek justice. The judge had even given the verdict stating that the accused were arrested on a baseless theory. The Talwars had also passed the lie-detector test and the Narco test; however, they were arrested based on theories.

Talwars had also stated that they don’t recall when the police had asked for keys of the terrace, on which they had doubted them, according to research. In the first CBI team, Arun Kumar had stated that there was no connection between the murders and Aarushi Talwar’s parents. However, the court and the CBI team had presented the report against the parents.

The case when it was closed had many pieces of evidence that were missing. An important link to the case like the fingerprints found on the scotch whiskey did not match either of the parents; their clothes did not have a stain of blood, and security guards’ statement was not fool-proof; the exact sequence of events had loopholes. It was not exact. And the murder weapon thought of as a golf club had no DNA. The shoe print, which was of the size 8 or 9, did not match the size of the shoes of Rajesh Talwar, which is 6.

Why Were The Suspects Released?

The case had witnessed three other suspects who were Rajkumar, Krishna Thadarai, and Mandal. Rajesh Talwar alleged Krishna Thadarai to have induced the theory of the incidents connecting to the Talwars. He accused him of this because he had reprimanded him for making an incorrect dental cast supported by Anita Durrani. There were so many pieces of evidence pointing out their hands in a murder, like a blood-stained Kukri, which was the suspected murder weapon, a pillow cover, and blood-stained trousers.

The three were also subjected to the Narco test under proper supervision, and they came out with theories of the murder. Rajkumar was a domestic servant working with Durranis and a friend of Thadarai. Vijay Mandal was the driver and the domestic servant working at Puneesh Tandon, a neighbor of Talwar. The three had one thing in common— an ex-servant of Talwars, Vishnu had recruited them.

The murder scene had been tampered with, so the CBI depended on the Narco tests, which revealed three of them were present at the murder night and watched a Nepalese channel in Hemraj’s room, confirmed by Nalini Singh for details of the telecast. The Narco tests had different versions. However, they had the beginning in common: the three were invited by Hemraj that night. They then had beer, Thadarai spoke about his insult, and Aarushi’s room was unlocked that night, surprisingly.

The versions expressed by the servants formed various conspiracy theories. First, Aarushi happened to hear them and shut them down; Thadarai took out the kukri and then killed Hemraj as he threatened to expose them. The next one, Thadarai and Rajkumar tried sexually assaulting her and killed Hemraj as he was the sole witness.

The next one, Aarushi resisted as Mandal and Rajkumar tried to rape her, and they cut her throat with the Kukri on resistance. Afterward, they dragged Hemraj’s body towards the terrace and escaped from the roof as he stated that he would reveal the incident. The three suspects had more defenses, and more proof was found to defend them, which was further supported by Nepali organizations and the National Human Rights Commission (NHRC). They alleged that the Narco tests conducted over them were conducted after drilling information in their mouths.

A video of about 45 minutes was released showing that the suspects had not confessed to the murder. However, the original video was of 58.55 minutes long, according to reports. The IG also claimed that the video that included him confessing the crime was not included in the original video and stated that the suspect had confessed the crime and changed it multiple times afterward.

Many other facts revealed that the new CBI team included members who were relatives of the police, who had tampered with the evidence. And, to save them, they gave out a biased conclusion. The three suspects had also alleged that the CBI team had forcefully made them confess so that the Talwars can escape.

The Aarushi Talwar murder mystery remains unsolved to date, with its spine-chilling consequences and the theories that follow it.

In the 16th century, King Henry VIII was desperate to acquire a male heir...

Famous for its golf sites, St Andrews Cathedral was once the site of the...

The McCanns arrived at Paraia da Luz, a beautiful village in Portugal with a...
Previous articleThe Appearance Of Virgin Mary
Next articleMarilyn Monroe’s Death And 3 Conspiracies
© Newspaper WordPress Theme by TagDiv