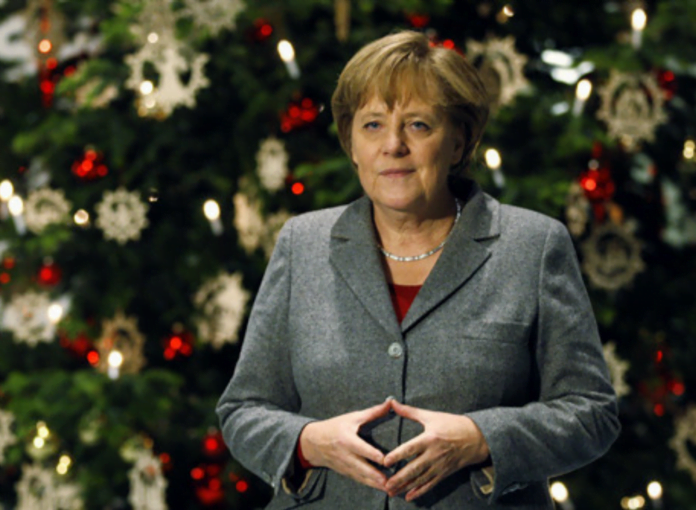 The terrifying, life-threatening reptiles are something most of the population is afraid of. These stealthy-looking creatures could possibly suck the life out of you by just one teeny-tiny, not-so-innocent bite. Reptiloids are an even more dangerous species. They are believed to be some evolved version of a human and reptile. They can shape-shift and are very intelligent and use this intelligence to pose like some great politicians, to take control and wipe out the human race.

One such theory is regarding the infamous German Chancellor Angela Merkel, holding the position for more than 15 years now, who is believed to be a shapeshifting reptiloid.

The Origin Of This Reptiloid Theory

Robert E. Howard, an American author, was the first one to have proposed this unusual reptiles-humans mix-up theory in his work of fiction, CONAN THE BARBARIAN.

Maybe he was inspired from the Indian cinema oozing out the Indian female reptilian shapeshifting into the human race, to avenge her lover’s death, who knows? However, the idea of reptiloid politicians is the brain-child of David Icke. He is the Tom Cruise of the world of conspiracy theories. He has stated, time and again, the possibility of reptilian-possessed politicians.

This conspiracy invites under its blanket the former U.S. President Barack Obama, the Bush family, the British Royal Family-especially the Duke and Duchess of Cambridge-also the Merovingian family of 5th century Franks and the Anunnaki gods and whole of Sumerian civilization.

The Reason Behind The Angela Merkel Rumor

The German national anthem depicting peace and brotherhood starts playing, and THUD! the German Chancellor is left shaken and seated on the chair. Her hands are shaking. She does not speak much nor does she address the tremors she experienced, whole time the ceremonial welcome is in action. This is the third time the world is watching her tremble.

She comments that she is fine and efficient. She understands the responsibilities and looks after her health. People, and especially theorists start watching her actions and, as a result, claim that Angela Merkel has been replaced by a reptiloid.

The Theories Spun In Justification Of The Rumour

An anonymous YouTuber sparked controversy with the release of a video which shows the typical signs that Angela Merkel, the German Chancellor, is a reptiloid politician.

One of the many signs is in relation to the tremors Merkel experienced. The “alleged” cause for the tremors are stated to be the positive energy and vibes the national anthem emits. It’s a song about peace and companionship. Two of the three times when these tremors occurred, the German national anthem was playing. Angela excused herself by saying that it’s just the heat and her careless routine of drinking water. Reptiloids, however, cannot handle positive energy. They are not considered the epitome of inspiration and moral integrity and hence, the great Fall of the ‘unmatchable’ Angela Merkel.

He proposed another piece of evidence, in case you’re still full of anticipation. Her trademark, the hand gesture, Merkel Schema Route (rhombus), is actually a symbol of Satan’s eye.

You cannot go wrong with these obvious signs!

To sum up, there is no concrete evidence supporting this Angela Merkel-reptiloid theory. Her documents, her past, her parentage are all fact-checked. The tremors could just be a coincidence or perhaps due to her bad health, which she might be hiding to avoid political instability. The hand gesture might just be a comfortable position that is subjective, and varies from person to person.

As the Reptile theory and the Illuminati are related, and the other is usually brought up when one is mentioned, Angela Merkel has been linked to the Illuminati as well, whose symbol she has made on various occasions. Not just that, but she has been doubted to be a Russian Spy as well.

However, is it just another way of linking all politicians to various theories or if it has an ounce of truth behind it and is still unclear?

A macabre event was unveiled when walls constructed of human bones and skulls were discovered underneath a Belgium cathedral. A total of nine walls composed...
Read more

“We are close to the tipping point where global warming becomes irreversible,” Hawking told BBC News in July. “Climate change is one of the...
Read more

Seth Rich, 27, was an employee of the Democratic National Committee. He was murdered...
Previous article
Was Harold Wilson A Soviet Spy?- The Age-Old Saga of The KGB’s Infiltration Into The UK’s Labor Party.
Next article
The tribulations of “Diamond Shipwreck”: Misfortunes in the Age of Discovery
Conspiracy theories