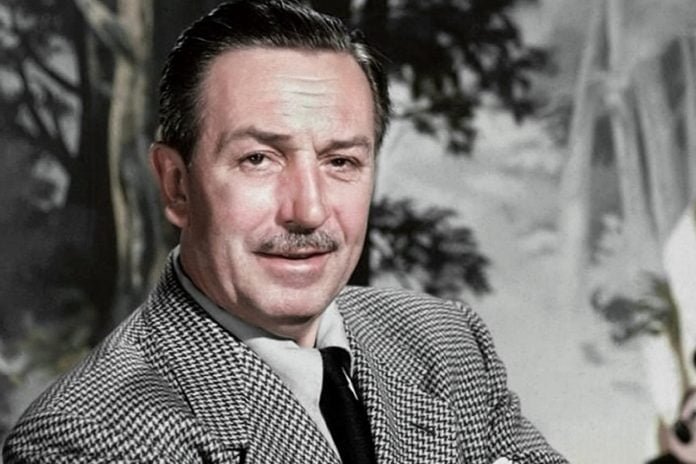 All the children all over the world have grown up watching Disney shows and movies and have loved them. The creator of all these fantastic shows Walt Disney was no doubt a man of great talent and creativity. For a man this famous and who continues even 80 years since the first movie came around in 1937, there must be suspicion and theories about his life and connections. While most people look at this person who shaped our childhoods for the unnaturally talented and innovative man that he was, a lot of people also believe that Walt Disney was a part of a larger mission and had intention bigger than just entertaining children. They believe that he was a member of the Illuminati, a group of secret societies who believed in the ideas of Enlightenment and wanted to control the world order and politics.

Table of Contents show
Members of the Illuminati
Why Walt Disney?
After Death
Conclusion

Members of the Illuminati

It is believed that the motto of the Illuminati is to control the world order and influence political decisions and the minds of common people. If what the conspiracy theorists believe about the who members of the Illuminati are and were, their motto has already been achieved. Popular belief has it that big names of the music industry like Jay-Z, Katy Perry, Rihanna, Beyonce, Miley Cyrus are members of this secret society and this belief is strengthened by the Illuminati symbolism of the ‘all-seeing eye’, the ‘Illuminati pyramid’ etc. in their music videos and tattoos.

Apart from these celebrities, famous political leaders like John F. Kennedy, Angela Merkel and David Cameron are also suspected of being members of the Illuminati organizations. Since this is not a recent concept, famous people from the past like Leonardo Da Vinci, Walt Disney, and the likes are also believed to have associations with the Illuminati.

With the linking of such big names with this secret organization, it seems that all our lives are being controlled by them.

Conspiracy Theorists who associate Walt Disney with Illuminati believe that his purpose of creating movies for children was to control the young minds of people which he clearly did. The world knows him as this talented and creative person, but some believe that there is the other side to Walt Disney as well.

The proponents of this theory have dug out a lot of instances from Disney movies and TV shows that have Illuminati symbols and references hidden in the background. For instance, in a still from one of the episodes from Duck Tales, when Donald Duck goes to visit the eye doctor, in the background of the clinic is the alphabet poster which says ‘ASK ABOUT ILLUMINATI’. The more surprising fact is that ‘Illuminati is written on the ‘eye’ checking equipment. This is just one of the many symbols of Illuminati in Disney movies. What has also been noticed is the Disney characters making the triangular Illuminati symbol a lot of times with their hands.

Also, the font and structure of the Walt Disney production icon have the devil’s number 666.

Walt Disney dies on December 15th of 1966 due to lung cancer. However, what he started, Walt Disney Studios is now growing bigger and bigger every day. From here we could branch into another famous conspiracy theory that suggests that Disney today is an arm of the Illuminati secret society and a budding center for Illuminati believers started by Walt Disney. Whatever his intention might have been, they say that today his Illuminati background is reflected in the productions of his production house Walt Disney Pictures and their extensions.

For example, in recent Disney show Gravity Falls, conspiracy theorists have spotted a good number of Illuminati symbols. The show does have a lot of eye and eyeball imagery everywhere, the primary symbol of the Illuminati.

Those opposing this theory argue that we must not belittle the talent and contribution the great Walt Disney by associated him with such skeptical ideas but rather appreciate his creativity. However, the clear depictions and pieces of evidence of Illuminati symbols point in a completely different direction and then there is only so much that can escape the ‘all-seeing human eye’.

The Kolkata National Library has extended a reputation of being haunted owing to its magnificent pre-colonial structure as well the aura of old chambers...
Read more

Seth Rich, 27, was an employee of the Democratic National Committee. He was murdered...
Previous article
What caused the disaster in Chernobyl in 1986?
Next article
Wladyslaw Sikorski’s unfortunate demise
Conspiracy theories