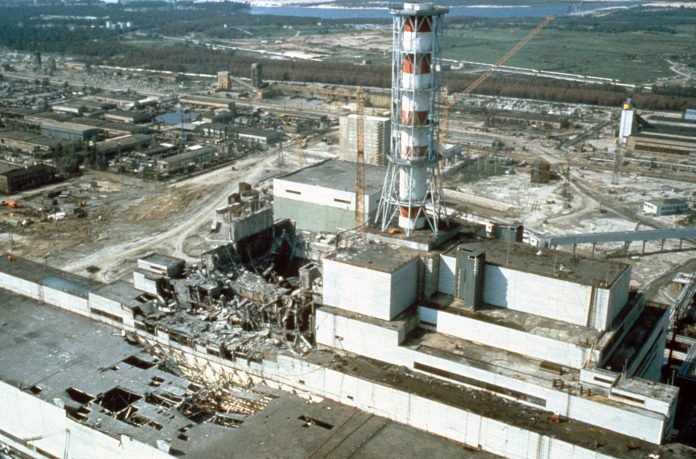 After the premiere of ‘Chernobyl’ on HBO, the question has arisen again. Who is to be blamed for the catastrophe that struck on 26 April 1986?

Chernobyl disaster is considered one of the biggest nuclear disasters accounting for innumerable deaths and a tremendous outlay of money. The accident occurred at the Chernobyl Nuclear Reactor Plant near the city of Pripyat in Ukraine. The Chernobyl catastrophe took place after the core of the nuclear reactor – due to unsuitable conditions caused an increase in fission energy. As a result, the core burst into smithereens. This caused an open-air reactor core fire which continued to burn before it contained after 9 days. This immediately affected the area by extremely harmful and penetrative radiation.

For over 30 years, the city has mostly remained abandoned, leaving the conspiracy theories to rust.

Was Dyatlov really to blame?

Anatoly Stepanovich Dyatlov was in charge of reactor number 4 when the disaster took place. The Soviet Union considers Dyatlov the most responsible for what took place that night. He violated the utmost safety precautions and bullied his subordinates into taking uncalculated risks. This directly leads to the destruction of the reactor and the radioactive bits spewing to a large part of Europe and Chernobyl.

Unlike the official story, Dyatlov narrates a different one. According to him, he was just a scapegoat for the designers of the fatal reactor. Dyatlov said “I found myself confronted with a lie, a huge lie that was repeated over and over again by the leaders of our state and simple technicians alike. These shameless lies shattered me,” said Dyatlov. “I don’t have the slightest doubt that the designers of the reactor figured out the real cause of the accident right away but then did everything to push the guilt onto the operators.”

Experts from other countries were at first favored to accept the Soviet explanation that operator error was chiefly responsible for the Chernobyl disaster. But a report by International Atomic Energy Agency Agency in Vienna declared that most of the blame was on a series of fundamental flaws in reactor design.

Was Chernobyl disaster Planned By The KGB To Monopolize European Energy Markets Down The Road?

Some theorists suggest that the Chernobyl meltdown was planned by the KGB in order to instill fear into the cognizance of Europe, against Nuclear power. Consequently, they would have to rely on Russia’s vast supply of natural energy resources. It is reported that by 2020, about 75 % of Europe would be dependant upon Russia’s energy supplies. Europe and Chernobyl only have so much as far as these resources go, and large shifts towards nuclear power don’t seem to be anywhere on the near horizon.

A global catastrophe prevented by Aliens?

Some witnesses of the disaster reported seeing UFOs while the catastrophe struck. Believers still suggest that this extraterrestrial intervention prevented the disaster from taking the form of a global catastrophe. An eyewitness at the scene, Mikhail Varitsky, stated: “I and other people from my team went to the site of the blast at night. We saw a ball of fire, and it was slowly flying in the sky.

I think the ball was six or eight meters in diameter. Then, we saw two rays of crimson light stretching towards the fourth unit. The object was some 300 meters from the reactor. The event lasted for about three minutes at the Chernobyl power plant. The lights of the object went out and it flew away in the northwestern direction.” Air traffic controllers at the time of the incident also reported seeing unidentified objects in the sky, in the weeks preceding the disaster.

Was the Chernobyl disaster planned by the USSR to observe the adverse effects of radiation?

Russians are known for their checkered secret ways. It wouldn’t be shocking if this disaster was their fault. Some Soviet officials were reported saying that there were tests going on at the time of the disaster that lead to the subsequent destruction. Ironically, this is a theory famous among Russians that this was a planned genocide, to see the effects of a nuclear attack on humans. KGB was not scared of the feat, even if it meant wiping out entire cities or producing disease inflicted citizens for generations to come.

Was the catastrophe predicted in the Bible?

The Russian word for Wormwood is Chernobyl. In the book of Revelations, specifically Revelations 8:10-11, it reads: “And the third angel sounded, and there fell a great star from heaven, burning as it were a lamp, and it fell upon the third part of the rivers, and upon the fountains of waters; And the name of the star is called Wormwood: and the third part of the waters became wormwood; and many men [passed] of the waters, because they were made bitter.” Religious conspiracy theorists liken the disaster to the angel having sounded the third trumpet. They describe the rains that followed the disaster, which further spread the radiation as “waters made bitter”.

NASA has been showing a steadfast improvement in the field of space technology. Not...
Previous articleWas the first step on the Moon, a hoax?
Next articleWas Walt Disney Influenced by Illuminati?
© Newspaper WordPress Theme by TagDiv