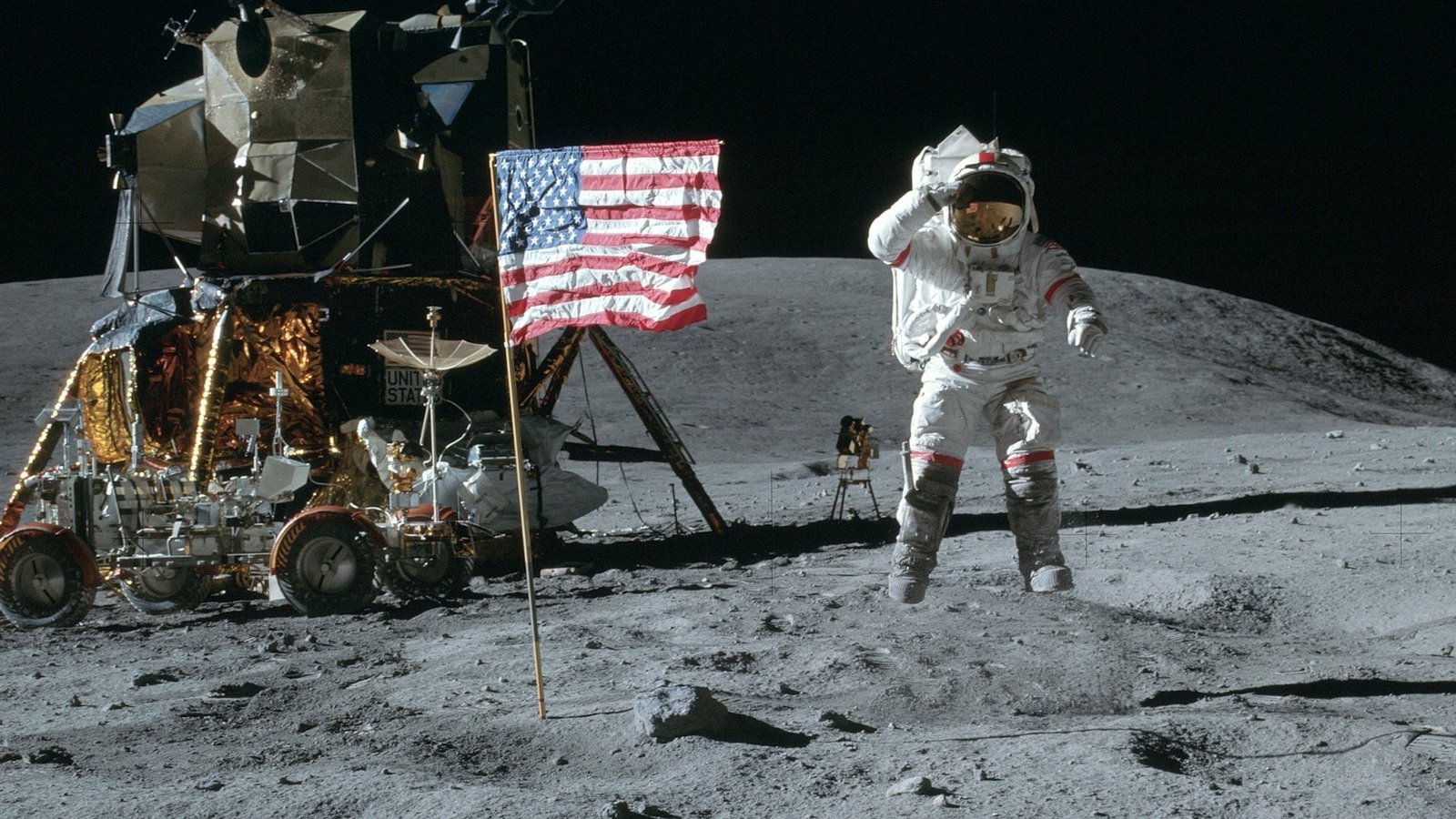 The Apollo 11 Moon landing on July 20, 1969, was one of the most astonishing achievements in human history. It was utmost surreal and fascinating to every person no matter what country they belonged to. That day over 530 million television viewers watched Niel Armstrong and Buzz Aldrin keep their first foot on the moon. This was followed by a safe landing back to earth into the pacific ocean.

However, unfortunately, there were theories claiming the great leap of mankind, a hoax based on perceived anomalies in the images transmitted back to Earth from the moon’s lunar surface.

1. The first instinct arose when people witnessed that the flag looked like it was flapping on the moon.

Since the moon is a province with zero gravity, and no wind whatsoever, thereof, the flapping flag arose serious questions.

However, as answered by Fienberg, it isn’t flapping.

That’s because they didn’t use any ordinary flag.

Had astronauts planted a regular flag on the moon, it would’ve hung slack as flags do when there’s no wind.

That wouldn’t bring out a very appealing photo. Therefore, NASA decided to create special flags for the Apollo-6 missions.

2. The moon landing is a hoax because you cannot see the stars at all.

Since stars are so granted luminous bodies, how are they not visible in the pictures?

The exposure on the astronauts’ cameras was too short to capture the spacesuits and the moon’s surface while also capturing the comparatively dimmer stars. Since these pictures are daylight exposures, the surface was brightly illuminated by the sun, which counters strike the vision of the stars in the pictures.

3. The landing is a hoax because you cannot see a camera in Armstrong’s hand.

The reflection in Aldrin’s visor shows Armstrong without a camera, yet the picture has been taken in a way Armstrong would have clicked.

However, Fieberg answers, that the normal cameras couldn’t be the right thing to be carried by the two astronauts since the bulky suit was complicated enough. So, to make it convenient, the cameras were mounted on the front of their own spacesuits, which is where Armstrong has his hand, in the reflection.

Therefore, the entire fuss about the landing being a hoax, with the misleading pictures creating fuel to the fire, was unfounded, and correctly debunked by Fieberg, himself.

On the 4th of April 1968, Martin Luther King Jr. was assassinated on the balcony at the Lorraine Motel in Memphis, Tennessee. A prominent...
Read more

Seth Rich, 27, was an employee of the Democratic National Committee. He was murdered...
Previous article
How did Bruce Lee die?
Next article
What caused the disaster in Chernobyl in 1986?
Conspiracy theories