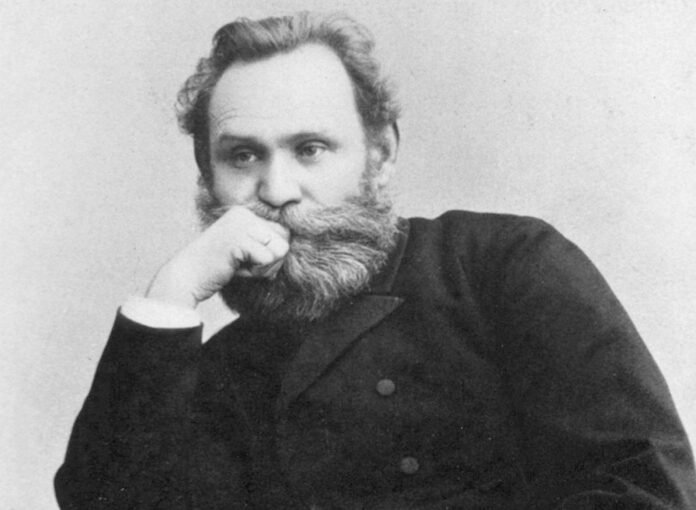 Ever wondered why you get thirsty immediately after you see those sparkly water droplets dripping from a glass filled with coke? Often, seeing certain ads and posters makes us feel some things or associate with a product/brand.

But why do such things happen to us, as in the above case? Why do we always tend to drink coke whenever we are thirsty or feeling dehydrated?

Are we made to think in a certain way by the brands just to sell a product? (wondering if our brain really works on our command, or is it the other way round.)

Let’s start with the basics to understand the reason behind the conspiracy of this theory.

Ivan Pavlov was a Nobel Prize winner in Physiology and Medicine in 1904. His contribution to the study of the physiology of digestion, through which the knowledge of important aspects of the study has been transformed and magnified for further research purposes.

He was born on September 14 in the year 1849, in Ryazan, Russia. His father was a village priest. Ivan Pavlov’s initial education was at the church school in Ryazan and then at the theological seminary there. In his later life, he became immensely inspired by progressive ideas in the field of physiology and devoted his life to this field only. In the year 1879, he enrolled in the physics and mathematics faculty to take a course in natural science.

During this time period, he became absorbed in the study of human physiology and won a gold medal for his work in the physiology of the pancreatic nerve.

During the years between 1891-1900, Ivan Pavlov did most of his research on the physiology of digestion. It was at this time only that he developed the surgical method with extensive use of fistulas, which helped him to observe the functions of various organs continuously in relatively normal conditions.

The discovery opened a new era in the development of the field of physiology. Until this discovery, the only method used was that of vivisection, and the functioning of the organism was the only known analysis.

This method hampered the growth of medical science for a long time because the subject organism was disrupted from its normal environment and was inadequate in determining the functioning of the organs.

This discovery was a game-changer for the medical field in the upcoming years with the clarity he showed. The nervous system has a significant role to play in regulating the digestive process. Ivan Pavlov paved the way for new advancements in the field of theoretical and practical medicine, and since then, the discovery has become the basis of the modern physiology of digestion.

This intensive research led him to create a science of conditional reflexes. In this study, he paid attention to the phenomenon of salivation, which is caused by food stimuli. By the administration of fistulas in the salivary ducts of dogs, he was able to understand the nature of these glands.

This revolutionary discovery of the functioning of conditioned reflexes made it possible to study even the most complex relationship between the organism and its external environment and vice versa.

The consumer behavior theory or better known as the Pavlovian theory is a learning procedure involving the pairing of a stimulus with a conditioned response. He conducted this experiment with dogs and concluded that objects or certain events could trigger a pre-conditioned response with it. He demonstrated how the presence of a bowl could trigger salivation in dogs. In this experiment, the brain associated itself with certain things and formed a pre-planned response for identical incidents and objects.

The theory came out to be a revolutionary scientific discovery and has been used by brands and MNCs to market their products.

This theory is most used by the Coca-Cola brand because they associate their product with thirst and dehydration. They marketed their product in such a way that it became a staple in every household and with every food item.

The strategy that Coca-Cola uses is the summery vibe font of their brand logo and water droplets dripping from the glass filled with chilled coke. It instantly makes the consumer feel thirsty and deprived of something to drink, and that’s when they buy a coke can, and the product is sold!

Read also – Unraveling the Conspiracy of Nine Unknown Men: Is it an Indian Version of Illuminati?

The Disappearance of Frederick Valentich: an Unsolved Puzzle

Frederick Valentich was an Australian pilot who disappeared on October 21, 1978, while he was on a 235 km training flight in a Cessna...
Read more

For all the fans of The Big Bang Theory, there is little to no need to explain what LHC stands for or...
Read more

Seth Rich, 27, was an employee of the Democratic National Committee. He was murdered...
Previous article
Was Queen Elizabeth A King? The Bisley Boy Conspiracy
Next article
The Notorious Jack The Ripper
Conspiracy theories