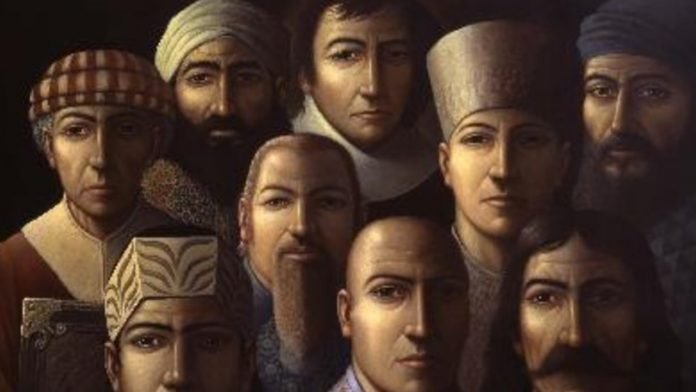 Ashoka, also widely known as Ashoka The Great was the third ruler of the Mauryan Empire. Ashoka is one of the most illustrious kings in the history of the Indian subcontinent. His reign was between 273BC and 232BC. The continent flourished under Ashoka’s rule. He ruled over most of India, South Asia and beyond.

Buddhist literature documents Ashoka as a violent and ruthless king. He supposedly underwent a drastic change after the Battle of Kalinga. Ashoka encountered vehemence during the battle, which influenced him to adopt Buddhism as his way of life. He embraced peace and benevolence that Buddhism carried. He wanted to lead his kingdom into a kind and philanthropic way of life. Ashoka’s rule is considered one of the most prosperous in history. It awarded him the title of ‘ ‘Devanampriya Priyadarshi ‘.

Apart from being a benevolent and prosperous king, he was an intellectual and believed in the power of knowledge. Under the guidance of Brahmin Buddhist sages Radhaswami and Manjushri, Ashoka studied various philosophies of life. He learned that to lead a kingdom to great heights, preaching peace was the way. According to him, to maintain constant peace and bliss in this world, scientific knowledge had to be concealed from evil individuals.

In order to avoid complete chaos among mankind through abuse of scientific techniques, Ashoka formed the secret society of ‘Nine Unknown Men’ in 270 BCE. Even though the identities of these 9 individuals were a mystery, they were awarded the responsibility of carrying and safeguarding the eminent knowledge of several fields. The members were believed to be prominent scientists and individuals of excellence in their fields. These men were sworn to secrecy. They were forbidden to exist in the public eye and their identity was completely hidden.

Each individual had a specific set of a topic to study and to add beneficial aids to. Their duty was to protect, amend and defend their book of knowledge. The topics supposedly although not confirmed, were apparently –

This book consisted of the psychological and techniques of propagandist warfare. According to Talbot Mundy, “The most dangerous of all sciences is that of molding mass opinion, because it would enable anyone to govern the whole world.”

The second book consisted of physiology and how one could kill a person just by a touch or as known as “A Touch of Death”. Some say that the martial art of Judo is the result of ‘leakages’ from the book.

This book focused on Microbiology and Biotechnology.

It is the transmutation of metals into gold. This book had all the secrets regarding this. Apparently, when temples and cities used to run ‘dry’, they used to receive gold from secret agencies.

This meant communication with the terrestrial as well as the extraterrestrial world. It is a possibility that they knew about the existence of aliens.

This book had a collection of secrets regarding the gravity of the earth and other activities of such nature.

This book had secrets regarding the functioning and working of the space and the universe.

It was the study of light and ways to utilize it.

This has information about the working of the societies as well as their evolution.

These individuals were supposed to research in their own fields and add their bits of secrets into the book. In case one of the nine members was supposed to retire, they had to choose a worthy successor first. This secret society supposedly leaked some secrets from their books whenever mankind was in need and science needed some aid.

It is believed that the members of this elite secret society have always been famous scientists. Pioneer of Radio and Microwaves Optics Jagdish Chandra Bose and pioneer of Indian space and missile defense programs Vikram Sarabhai were apparently some of them.

Was this society part of the real world or just a myth? People have contemplated the existence of this society for ages. ‘The Nine Unknown‘ by Talbot Mundy is a book that is concerned with this elite society and the information they safeguard, which could be dangerous to humanity if it fell into the wrong hands.

Prediction 1: Vaccines will Backfire upon us

The most famous scientist after Albert Einstein is Stephen Hawking. He is known for his groundbreaking discoveries in the field of Physics and Cosmology....
Read more

In the past few months, you must have heard the word “QAnon” quite a lot. With the ongoing pandemic and the elections in the...
Read more

Eleanor, Countess of Desmond: The Unsung Heroine of Ireland

Edmund Spenser, the English poet, during 1583, used his poetic tones to describe the province of Munster in the south of Ireland, which was...
Read more

Seth Rich, 27, was an employee of the Democratic National Committee. He was murdered...
Previous article
Cicada 3301: an Enduring Mystery Over the Years
Next article
9/11: Was It Really An Inside Job?
Conspiracy theories