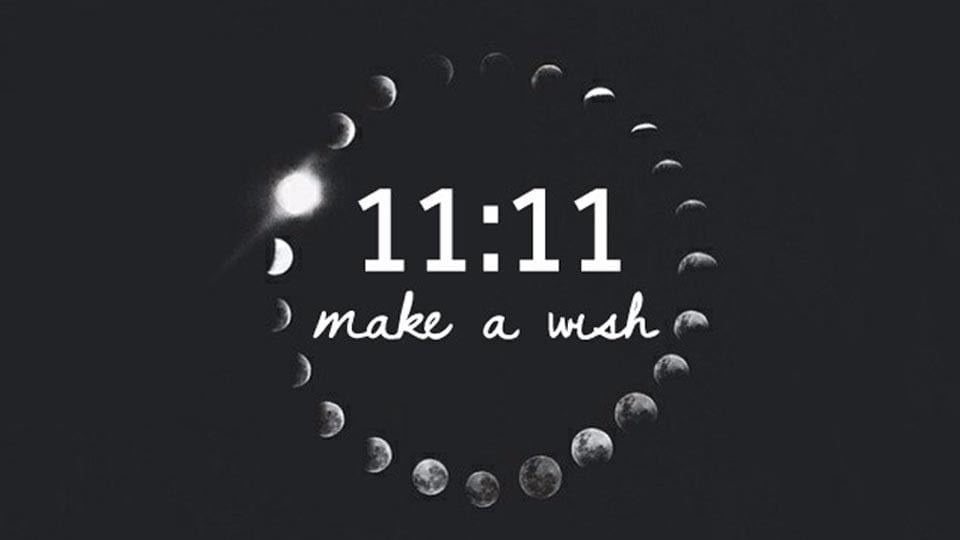 Probably against the laws of wish-making, but I have a discreet alarm for 11:11 pm when I quickly whisper my wishes to the clouds in hopes that they’ll come true. I mean, that’s what they all say. But why 11:11?

Table of Contents show
1 11 Is Everywhere
2 Behind The Digits
3 Stranger Theories
4 Believer?

It’s not simply just a wish-granting phenomenon. The world has been revolving around this number 11 for a long time. Some interesting facts about 11 are: The first World War ended at the 11th hour of the 11th day of the 11th month, in 1918. Also, World War One has 11 letters. So does World War Two. Adding up the numbers of 9/11- 9+1+1 gives you 11.

The World Trade Centre took 11 years to be constructed. Jesus Christ has 11 letters. So does Barack Obama and Harry Potter. The back of a $100 dollar bill has 11 windows on each side of Independence Hall, both left and right. Coincidence or not? Believe what you may, but there have been speculations to give a logic to this weird pattern of Elevens. Let’s dig in.

Numerology (it’s the study of the meanings behind numbers) states that 11 is indeed special. Right after 10, the Perfect Number, 11 exceeds perfection (literally) and is regarded as the Power number. It is a synchronistic number consisting of 1, which signifies beginnings. It is welcomed with much positivity and hope, with some authors claiming that seeing 11:11 on a clock is an auspicious sign. In movies like I Origins, 11:11 represents a sign from fate itself. Others claim that 11:11 signals a spirit presence.

There are countless reports of people who seem to attract this number. They see 11:11 or simply 11 everywhere they go; they see it on the clock, license plates, money, price tags, newspapers, social media, etc. The most common theory holds that when you see these numbers, you should simply make a wish, and that wish will come true. It perhaps stems from the belief in Numerology which states that 11 is a portal between the mortal and immortal world, so a window opens up to grant wishes of people. Some also claim that it opens portals to inter-dimensional realms. Does that ring a bell? In the tv series Stranger Things, little Eleven is the portal to the dark dimension called the “Upside Down”.

According to George Barnard, 11:11 is “the calling card for beings that are half angels and half humans”. Numerous theories, mainly Biblical, reveal that 11:11 is a sign from our spiritual guides or guardian angels, hence called the Angel Number. A “wake up call” from your soul, God, or some higher being, it is supposed to symbolize the certain sign of a situation you are in to get a higher meaning out of it.  It could mean that you need to incorporate some change in your life as you are the creator of your own reality.

Some theorists also make a biological claim. Since the brain is like a computer, it relies on binary codes (1’s and 0’s). In this premise, 11:11 is the binary code that awakens your dormant (junk) DNA, bringing about self-enlightenment.

Through the idea of synchronicity, it could also mean that everything is in balance and in perfect alignment in your life and you are exactly where you need to be. It is claimed that that moment, you feel more conscious about the world around you and your role in it. You feel connected with the Universe and everyone else who is currently experiencing this phenomenon.

So, the next time its 11:11 and the Universe is literally calling out to you, will you answer?

Personally, I was fascinated by 11:11 way before I knew the “make a wish” trend. There was something magnificent and comforting about it as soon as I would see this number. Soon, I learned to make wishes on it and trust me, they come true. But it’s not just making wishes if you won’t work for it yourself. Whether its the Universe or Eleven from the “Upside Down”, 11:11 is a call to remind you that you are the master of your fate, the captain of your soul.

NASA has been showing a steadfast improvement in the field of space technology. Not...
Previous articleIs The Death Of Princess Diana Still A Conspiracy Theory?
Next article23andMe: A DNA Kit Whose Product is You
© Newspaper WordPress Theme by TagDiv