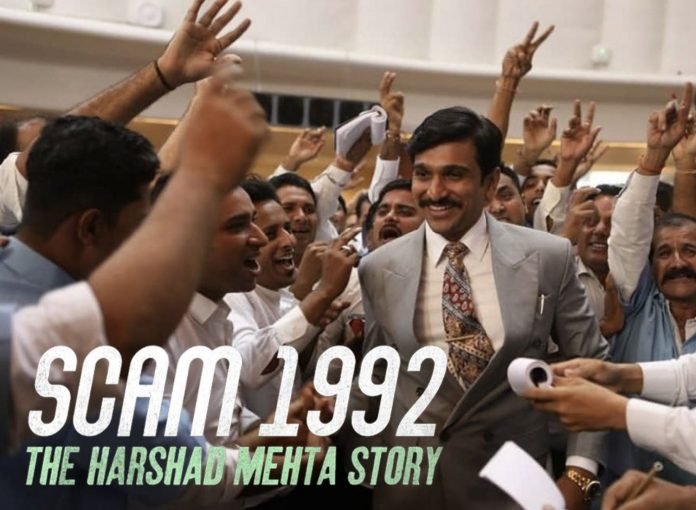 We all have seen the Sony Liv web series based on Indian Billionaire Harshad Mehta’s life. After seeing that, many, or I must say, most of us, had the same question in our minds: Was he the main culprit? Was he the one who exploited the bank policies in India, or were there many others who were already in this game?

In this article, I will explain all about the Scam 1992 in layman’s words to make it easier for the readers to understand the real story behind the scam.

Harshad Shantilal Mehta was born on July 29 in 1954, in Rajkot, in a Gujrati Jain family. His father was a small-time textile businessman. Later the family moved to Bombay, where he lived in a 1BHK ‘chawl’ room with his wife, mother, father, and brother. He used to do petty jobs and was mainly involved in sales of hosiery, cement, and sorting diamonds.

Since the very beginning, Harshad wanted to do something big and was not ready to settle for less; he often used to be restless in search of some kind of opportunity to grab on to and work upon. This habit of his made him so prominent in the game and was also responsible for his downfall later.

Harshad’s story is one of from rags to riches then again to rags. Though his brother was always there to keep him grounded, his ambitions sored much higher than that; later, after getting into the stock market business, he, his brother Ashwin and a former friend (Ketan Parekh) opened a consultancy company named Grow More, which was instead a very fancy name back in the 80-90s, when people used to be flattered by the use of English names and often used such names to market their brands and create trust in the eyes of the customers. Harshad did the same.

Harshad started his career as a salesperson in the Mumbai office of NIACL— New India Assurance Company Limited. It is said that during this time, only he got interested in the stock market game, and after a few days, he resigned from his job and joined a brokerage firm. Following that, during the early 80s, he moved to a lower-level clerical position at the brokerage firm named Harjivandas Nemidas Securities, where he worked as a jobber for Prasann Pranjivandas, who was a broker. It was at this time he met Ketan Parekh, who was also an employee under the same firm.

For approximately ten years since the beginning of 1980, he served in several positions of increasing responsibility at various brokerage firms. By the year 1990, he had opened his Brokerage consultancy firm named Grow More, and soon after gaining trust, many prominent investors invested in his firm. He had risen to a position of prominence in the Indian securities system and soon started to invest in the money market along with the stock market. The media and magazines began to refer to him as the Big Bull and Amitabh Bachchan of the stock market.

He was often seen advising people about investing in his favorite and profitable stocks, which according to him, would do good in the market. All this gained him huge respect, and he was no less than a celebrity; he was invited to exclusive parties and events.

With all this, his lifestyle also improved a lot. He owned several properties and lived in his infamous house, a 15000 square feet sea-facing penthouse with a swimming pool and a mini-golf course. He also had a fleet of cars, including the Toyota Corolla and his infamous Lexus, which even the wealthy businessmen of India couldn’t afford at that time.

All this was heavily in the public’s eyes, and he was considered the ‘God of Common Man.’ People had high hopes back then and thought that if Harshad, who used to live in slums, could make it, everyone could make it. He was regarded as a very learned man and witty as well.

The Indian economy was evolving at a very slow pace back in the 80-90s, all thanks to the rigid system and old school guidelines implemented by the RBI. At that time, in comparison to India, the world was evolving at a swift pace. Still, India was far behind that, so we had to be dependent on the foreign banks and their investment in the Indian markets to support the economy.

People were also very fast to realize the loopholes in the government system and had found means and ways to exploit them, and the exploitation happened at such a high rate that it started to come in the eyes of the RBI and SEBI.

The 1992 scam was the biggest money market scam ever committed in India, and it was a systematic stock fraud that involved the usage of fake Bank receipts and stamp papers. Eventually, the Indian Stock Market crashed.

Earlier, the stockbrokers used to divert the money from the banks into the stock market; they would promise the banks interests in the cash and profit in the market by keeping it in an uptrend.

There were various instances during the 1980-1990s because of which the market should have fallen by massive points. Still, it kept on rising despite the Prime Minister’s death and other things that impacted the country’s economy.

The stockbrokers, including Harshad, would manipulate the market by buying the stocks in huge quantities, keeping the market in upstand only. The price of ACC cement rose to a whopping 9k at that time.

According to RBI’s calculations, the total amount of the scam was approximately Rs. 1000 Billion. The impact of the fraud had many consequences, which included the loss of money to lakhs of families and the immediate crash of the stock market. The index fell from 4500 to 2500.

Harshad died at the age of 47 when he was in jail under police custody. Later on, many charges were waived off from his name, but many were left for his family to clean. His brother went on to pursue law in his 50s and currently works as a lawyer in Mumbai; he also single-handedly paid all the debts which Harshad left behind — a sum of 1700 crores.

There are no known whereabouts of Harshad’s wife and son. Some say that they have left India and live in the USA, but their whereabouts are unknown to the public.

The Scam 1992 was not wholly Harshad’s fault, but he was the big fish in the sea which was caught quickly, and there was no one to bail him out as people cornered him. It was later found that this was all part of the chain of various scams, and many names, even those who brought Harshad down, went down as well.

The beautiful ocean liner spent years and gave its service to people, even in World War II. The ship has witnessed more than 50...
Read more

Seth Rich, 27, was an employee of the Democratic National Committee. He was murdered...
Previous article
Can We Measure Infinity? If So, How Big Is It?
Next article
Dark Matter & Dark Energy: The Universe’s Unseen Forces
Conspiracy theories