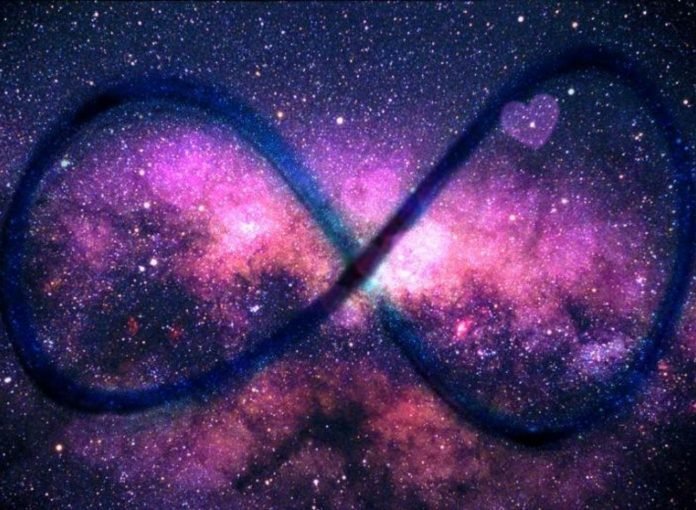 Numbers rule everybody’s life, and not just the world of mathematics or physics if we are counting the possibilities of the Universe. But how many numbers are there? Where does it end? Is infinity the end of the number line?

If infinity is the last number, could it be something vast and boundless? Immeasurable? Infinite? So, what is Infinity? How big is it? Is infinity a number? Where does it end? What’s beyond infinity?

We’ve been into infinity for like a minute now and all we could do is come up with infinite questions.

Infinity generally means something uncountable or indeterminable. Something even bigger than all the real numbers.

This concept is widely used in areas such as mathematics, physics, and metaphysics. In mathematics, it’s used to compare sets, or the basics of mathematics being counting numbers.

In physics, it is used to measure or determine concepts such as volume, light, gravity, space, and the Universe itself. Metaphysics uses infinity to justify abstract, logical, and philosophical forces that may or may not exist.

Infinity is mathematically represented by the infinity symbol. It looks like a horizontal number eight. This symbol was invented by John Wallis in 1655 and is called Lemniscate.

The symbol is quite articulate. For instance, if you trace the symbol, you’ll find yourself going on the same path over and over again without an end.

The thing with infinity is that it can’t be defined. Even if you go around the world asking people to come up with the largest number, the possibilities are pretty vague and enormous because there is no largest number.

It’s easy to use the term “infinite” in everyday conversations, but it’s more complicated than it looks. Mathematicians have been trying to explain this paradox for a long time now.

Mathematics has a beautiful way of explaining this. There’s a massive set of numbers, and it’s classified into countable and uncountable numbers. In fancy math language, the numbers that can be represented by positions in a list are called Ordinal numbers.

While numbers that represent the quantity are called Cardinal numbers; for example, if there’s two of something, it’s called a couple. Suppose there’s twelve. It’s called a dozen. Likewise, when there’s an indeterminate amount of numbers, it’s called infinity.

Infinity is not a  number but basically a representation of the numbers that could be there on a number line or in a sequence.

Where does the never-ending number line end? Does it end at infinity? If not, what’s probably after infinity?

This could be simply explained with the Infinite Hotel Paradox by David Hilbert.

This paradox explains a Grand hotel with infinite rooms that could accommodate infinite guests, says guest one to room 1, guest two to room 2, and so on…

But things can’t always be predictable, especially when there’s no order. To understand this paradox, Hilbert came up with two situations that would explain its functions.

In this case, the current guest in room one is moved to room 2, the guest in room two is moved into room 3, and it goes on for the rest. This leaves room one empty, which will be later assigned to the newcomer.

This situation can’t be resolved by giving the last room to the additional guest because it has infinite rooms, and it is impossible to know the last number.

This case follows the same rules as case 1 but just that instead of moving the guests from the current room to the next rooms, their numbers are doubled, leaving enough space for the newly arrived infinite members.

This paradox explains the working of infinity in a relatively simple way compared to all complex theories used in real life. Infinity has no end. Even if we add 1 to infinity, it’ll be nothing but more infinity( infinity + 1 = infinity).

This proves the point that we could keep adding 1 to infinity, and it’s only going to give us more infinities. So to the question of what’s beyond infinity? It’s merely various other infinities.

It might sound a little bizarre to some of us, but for the conspiracy-lovers, it is big news. India might be having its own...
Read more

In the Anantpur district of Andhra Pradesh, exists a small village of Lepakshi of great historic importance. It is about 15 km from Hindupur...
Read more

Seth Rich, 27, was an employee of the Democratic National Committee. He was murdered...
Previous article
Project MKUltra: The License To Kill
Next article
SCAM 1992, Who Started It All, Who Went Down, Who Got Away
Conspiracy theories