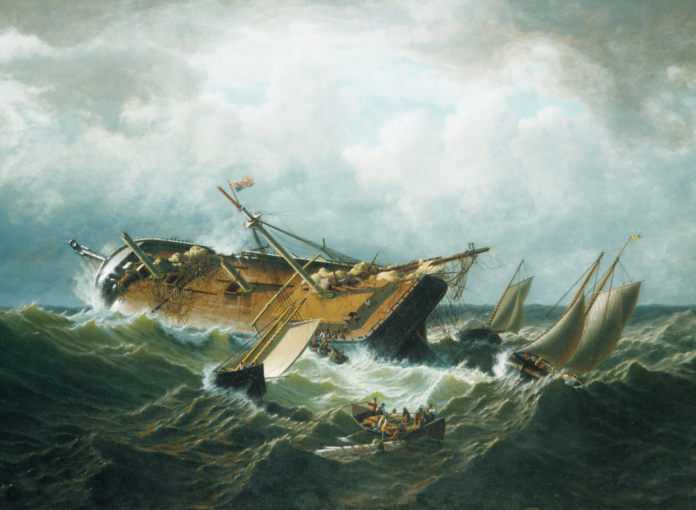 The Diamond Shipwreck is a story of the misfortunes experienced by one unlucky crew in the Renaissance times. The plethora of inventions and modernization in the human world was inaugurated by the “Age of Discovery” in Europe which began around the 15th century. It introduced a number of worthy explorers such as Vasco da Gama, Ferdinand Magellan, and Christopher Columbus. However, these were not the only people who went out into the world in search of new lands.

Many unknown souls could not bear the tensions of their perilous journeys, and lost their lives and their existence in the rusted pages of history.

The evidences to such incidents still lie on ocean beds as various shipwrecks reminiscence the tale of these chronicled explorations. Through such evidences researchers try to solve the puzzle regarding the aspects they were scrutinizing in those explorations and the reason which led to such a moment of tragedy.

One such evidence is the “Diamond Shipwreck” which was discovered in the area of Sperrgebiet, which is situated in Namibia in southern Africa. It is known as the De Beers diamond-mining lease and is located near the mouth of the Orange River tipping off Namibia’s southern coast.

A company geologist, working in the mining area U-60 in 2008, found a peculiar looking rock which on close inspection was found to be a copper ingot. It was characterized by a trident shaped mark and he was astonished to realize that the hallmark engraved on the weathered surface actually notified Anton Fugger who was known to be one of Renaissance Europe’s wealthiest financiers.

Treasure Beneath The Ocean

With more rigorous research over the years, archeologists eventually found almost 22 tones of these ingots beneath the sands along with other artifacts such as ivory tusks, weapons, bronze cannons, armors, cannon balls and loads of gold, in the form of coins having Spanish, Moorish, Venetian and French lineages.

Since the shipwreck happened in one of the world’s most carefully guarded diamond mines, it was likely that valuable content from the shipwreck was guarded from the treasure hunters all throughout time.

Details Of The Ship

Keeping aside the artifacts fished out from the ruins of the ship, the ship itself is an exciting piece of history for the archeologists. The ship dates back to the 1530’s, licensed under the East India Companies, accessed from Portugal. These kinds of ships were used throughout the “Age of Discovery” to transport exotic goods from Asia to Europe, thereby bringing prosperity to the European nations. Even though these ships are a carrier of such great history, there is not much known about them.

The “Diamond Shipwreck” is recorded to be the second East Indiaman-a class of ship which was excavated by the archeologists. The ship will unearth various technicalities about shipbuilding which prevailed centuries ago; the designing of the ships and how it evolved over time. The cargo which was found to be untouched can give a vivid picture to the archeologists regarding the life of a traveler onboard on a trading vessel, the routine that was followed daily and the various other points which are needed to understand the history of exploration in a clear manner.

From the evidences that could be collected from the ruins, it was suggested that the ship was originally known as “Bom Jesus” meaning “God Jesus”. It had a crew strength of around 300 people consisting of soldiers, sailors, nobles, merchants, priests and slaves; the ship being captained by Dom Francisco de Noronha.

The Final Fate Of The Diamond Shipwreck

A number of theories were put together regarding the fate of these men. The only human remains which were discovered from the shipwreck consisted of a few personal belongings and several toe bones packed in a shoe located beneath a pile of timbers. Archaeologists, based on these evidences speculate that majority of the crew managed to escape to the dry lands. However, they couldn’t have survived there for long due to harsh climatic and geological conditions.

A positive note about the Diamond Shipwreck remains that the Orange River was located about 25 kilometers to the south of the shipwreck and it was held that the survivors made it there and found the means to survive. The Portuguese might have confronted the natives since winter becomes the ideal time for the native tribes to hunt for the carcasses of southern right whales which occasionally drifted to the shore.

A proper empirical report regarding the final fate of the Diamond shipwreck explorers and their support staff, is yet to be known. Many lives have been lost at sea. Many voyages have now become haunted and mysterious and full of conspiracies. We are only able to track a handful of them down, and get to understand the story of even fewer, the stories and ambitions of the rest lost in history.

NASA has been showing a steadfast improvement in the field of space technology. Not...
Previous articleIs Angela Merkel A Reptiloid! – Unravelling The Reptilian Ruler
Next articleDid the Brontë siblings die of grief?
© Newspaper WordPress Theme by TagDiv