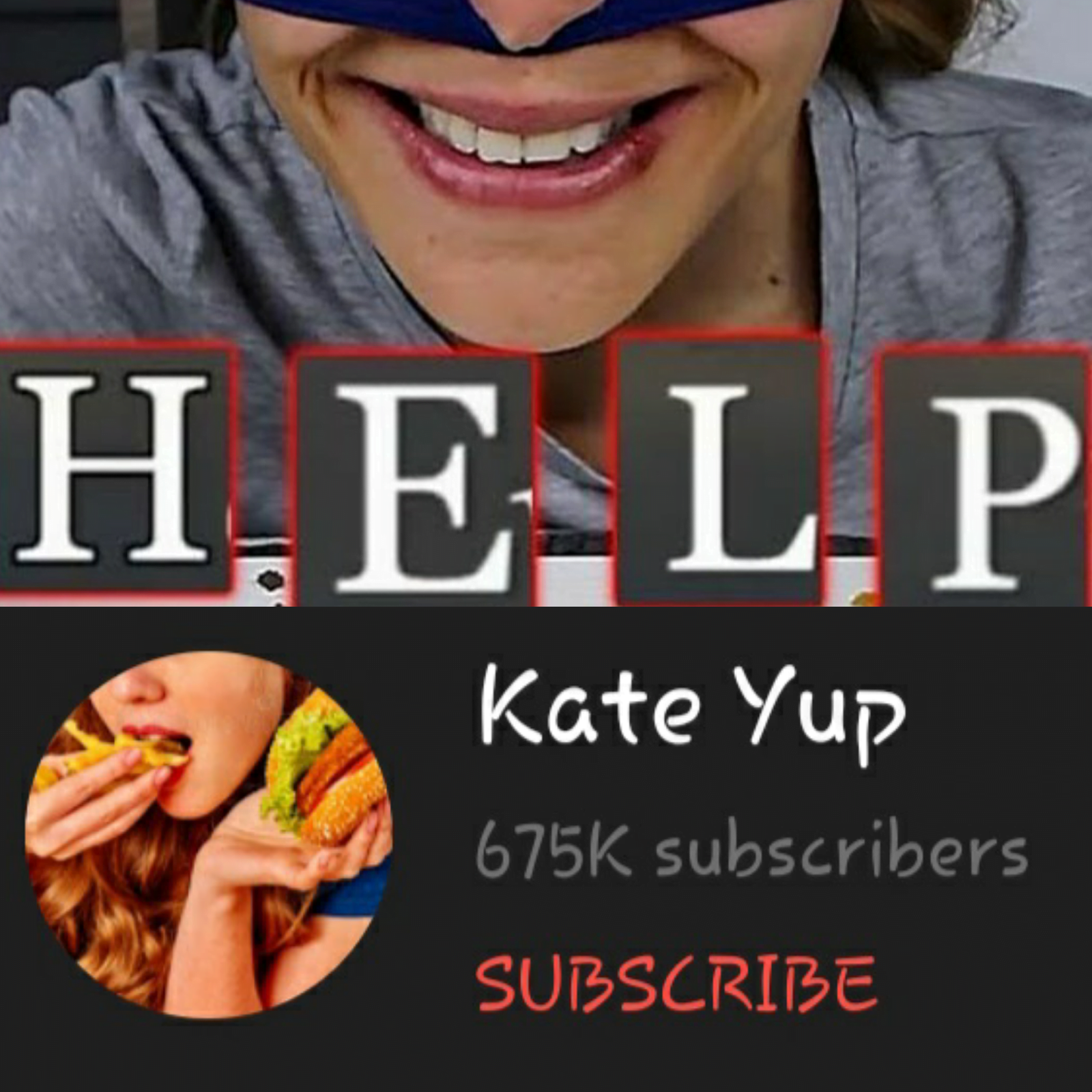 Ever seen a YouTube video where a person consumes unhealthy amounts of mouth-watering delicious food within minutes? An extremely popular trend emerging from South Korea, welcome to the Land of Mukbangs, where you binge your eyes and induce your stomachs to go into hunger overdrive. We provide you with the sensory temptations of fire noodles, cheese, crispy fried chicken, seafood, jellies, candied fruits, chocolates, desserts, bubble teas, and an entire gastronomical event.

Speaking from an experienced POV of a Mukbang fan, such videos often leave their viewers unsatisfied with their meals and induces them to binge unhealthy amounts of foods with zero nutritional value. Apart from the audio and visual sensations, Mukbangers indulge in gluttony and slide into obesity.

Here is the skeptical story of one such Mukbanger ‘Kate Yup’ and as to why conspiracy theorists believe that she has been kidnapped.

Table of Contents show
Hidden SOS Messages In Her Videos
What Is The Truth Behind Kate Yup?

Hidden SOS Messages In Her Videos

Kate Yup’s video opens with a wide assortment of raw salmon, giant prawns, stone crab, claws, lobster, scallops, clams, and octopuses with a blood-red or secret Kate sauce. She eats an innumerable amount of this feast almost savagely and within minutes.

Although, what you have seen till now is almost how all Mukbangs work but in the middle of her eating you can make out certain sounds which seem to say, ‘I will kill you,’ ‘Eat Fast,’ and ‘Swallow.’ This isn’t the only creepy thing you’ll notice. As you decipher the subtitles provided in the video you see the capitalized first letters of each sentence being spelled out as ‘H.E.L.P.’ This is the moment you make out that this isn’t just some ordinary Mukbang video.

The mystery deepens as clues keep on piling up when Kate Yup posts a video of her eating with a busted lip and bruised arms. She also wears a wristband in order to hide something on her wrist. Another shocking incident is revealed when her teeth fall out in one of her videos while eating.

Where did these marks and incidents almost resembling that of abuse come from?

While she gorges on a huge amount of seafood you pause, and see her tapping her fingers on the sauce bowl. An unusual behavior, but when thought about a way of communication through Morse code it spells out as ‘I need help.’

In a video of Kate’s, the subtitling is done as ‘I am completely fine and no one is torturing me’ but then it further goes on to say ‘Oh no! I’m lying; people are torturing me every day even without knowing it.’ By this time you are almost too certain that the woman who is hidden behind her mask and camera is captivated and forced to do something which she doesn’t want to.

What Is The Truth Behind Kate Yup?

Being bombarded with theories such as these it seems as if the Mukbanger herself had to take some action. A clarification message was posted by Kate Yup shortly after people started commenting on her seafood Mukbang where she was seen with visible bruises. She wrote, ‘Everything is fine with me.’ Kate further goes on to clarify that ‘The bruises and the lip is caused due to sunburn’ and that ‘I eat fast and I know the risks but I have always eaten this way and my metabolic system had adapted accordingly.’

But the credibility of this message is still under scrutiny when she went ahead and posted a new video titled ‘I AM ALIVE’ leaving hidden acronyms of help all across after her statement.

Theories have also emerged due to no evidence of her facial features that she may be from Europe as her English is broken and the huge amounts of seafood she eats, can be only be purchased in some areas of the World. Some YouTube conspiracy videos have coined that Kate’s real name is Joanna who is a Polish UFC Fighter due to similarities found in the lower jaw structure.

Others say that she is an employee at the Escape Room and had got the idea of this whole ‘kidnapping mystery’ from her workplace to make her Mukbangs stand apart from the virtual crowd. A theory has also emerged that perhaps she is part of some mafia or a gang due to the wristband she wears to hide her tattoos and the bruises she might have gotten because of her involvement with such groups.

Many have discarded this gibberish and thrown them in the trash thinking that viewers are reading too much into it, whereas, it is nothing but an eating broadcast. But due to the evidence gathered we should also question that if Kate Yup has been kidnapped, How does she get the free will to post and edit her videos adding the help messages within them? Is this done for money? Is this a publicity stunt?

Maybe, Maybe Not. But one thing is sure and that is her subscriber account has been increasing day by day and it does have something to do about how this mystery is kept alive through her videos. The truth will only come forward when the true identity of Kate Yup is revealed.

All cherish the International art exhibitions, but some of the precious idols and antiques from Indian history are among those antiques. Although these idols...
Read more

Is it a Conspiracy or Reality? This is the story of a cult that was originated in Uganda. Like most cults, it was a huge...
Read more