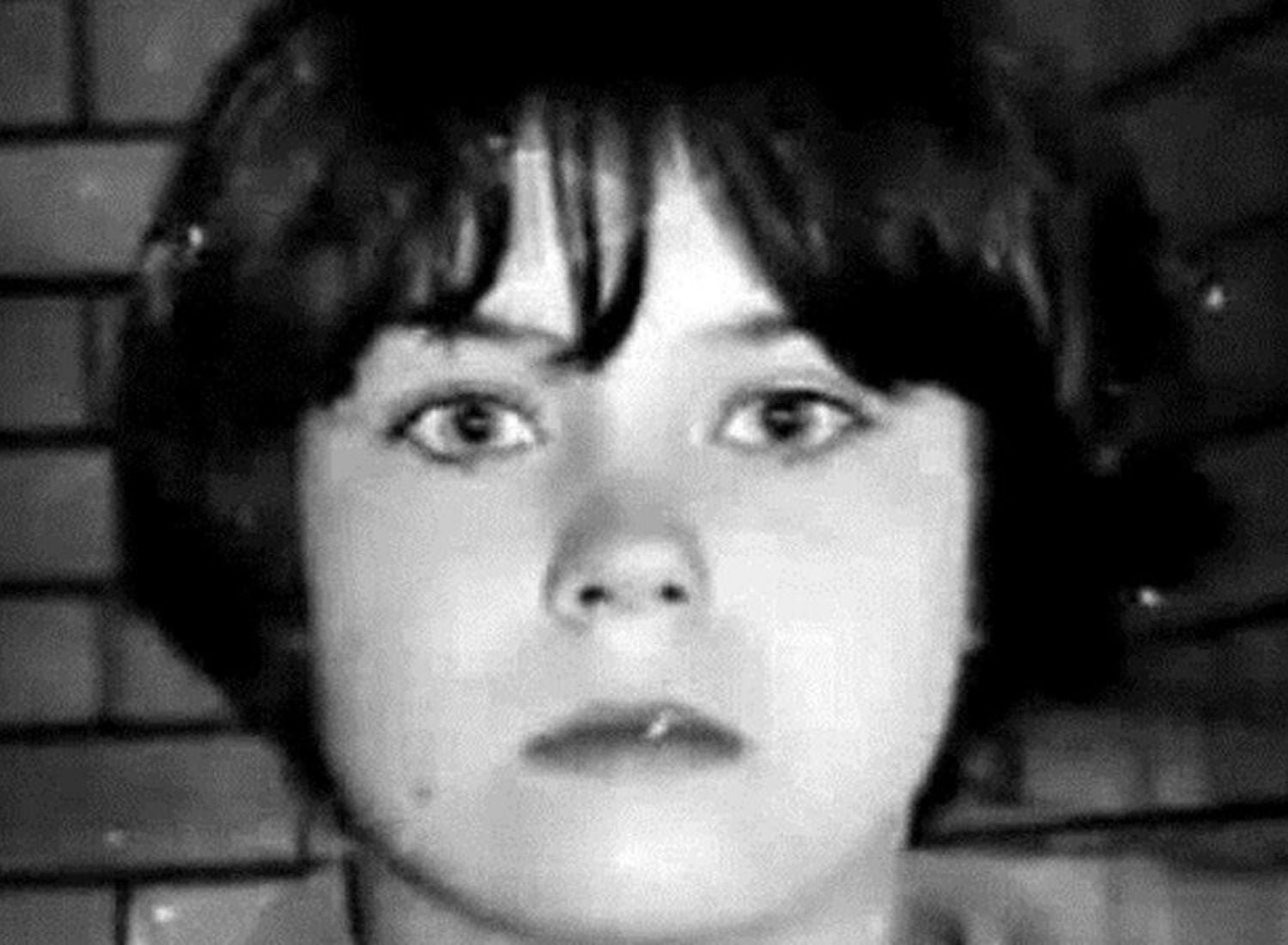 May 25th, 1968 the day Britain’s town Newcastle lost its innocence. A body of a 4-year-old Martin Brown was founded in an abandoned home in a rough neighborhood of New Castle England. There were no suspects to be found. Two months later another toddler was found dead on New Castle waste ground, this time it was 3-year-old Brian Howe. He had been strangled and mutilated with an M carved on his body and various stabs over his legs.

The town was made aware of a serial killer on the loose, only to find out that he/she was a child too. Two of the children interviewed were of interest to the police due to their suspicious answers. The two girls were 11-year-old Mary Bell and 13-year-old Norma Bell. Both of them were friends from the same neighborhood with a common surname but no relation. In the daylight and amidst childhood innocence what would have caused Britain’s history to encounter a deadly serial killer?

Mary Bell was born in 1957 to a mentally unstable 17-year-old prostitute Betty Bell. She had an instant disliking to her daughter and began abusing the child from a very early age. There were several attempts on the murder of Mary on her mother’s hand. One attempt involved Mary managing to get hold of a container of bleach and another one where she overdosed on sleeping pills. Betty Bell claimed that this was an accident, however, eyewitnesses have claimed to see betty feed these pills to Mary as sweets.

The most vindictive murder attempt was when Betty pushed her daughter out of her a second-story window. Mary suffered severe brain trauma during the fall and sustained brain damage to the prefrontal cortex – the area of the brain which is involved in involuntary movements and decision making. Mary has also claimed that from the age of four, her mother would pimp her out to clients to engage in sexual acts with them.

Betty would be working 7 days a week, sometimes she would go elsewhere for work, sometimes going up to Scotland for 4 weeks at a time. Mary’s father was named Billy Bell. He was an alcoholic and was well known by police for fighting and theft. Due to these reasons, Mary never got attention from her parents at all.

Bell grew up in an economically low area called the Scotswood, where violence and criminal conduct was commonplace. As a result, she had a history of violence against other kids in school, robbery, and was accounted for by creating a ruckus. All of which went unnoticed because of her background and the place she came for.

On May 25th, 1968 4-year-old Martin Brown was playing out on the streets with his friends. They were playing in an abandoned house in their neighborhood while one of his friends or a worker around saw Martin on the floor and thought that he was hurt because of an accident. On informing his mother, she ran to this abandoned house where there was already a huge crowd outside. Martin Brown was taken to the hospital, but he was declared dead on arrival.

Due to the suspicious circumstances in which Martin died upstairs in abandoned building police were called in. Different theories reasoning out his death rolled around because Martin’s post-mortem report had no signs of a murder. It was stated that he died of natural causes.

Two days later the police were called to a local nursery that had been broken into over the weekend. Nothing was stolen which seemed like someone had broken in just to trash it and make a scene. However, police did find 4 pieces of paper. That read, “I murder so that I may come back” and “We killed Martin Brown f*** off you bastard.” The police just disregarded this as a prank and looking at the spelling mistakes, grammatical errors, and handwriting it seemed childlike.

On July 31st, 1968, Mary, Norma, and a bunch of other kids went on the estate to watch these abandoned buildings been torn down by the officials so that such an incident does not occur again. With the kids was of three-year-old Brian Howe. The two girls apparently took him to a field to play and that same night Brian was reported missing. A bunch of people came out to help his mothers search for him including Mary and Norma who specifically helped them, taking them around through the neighborhood they played in.

The same night Brian’s body was found in the field half-naked and murdered. His hair had been cut off and his body had a couple of stab wounds. That seems to have been made by the same scissors that we used to cut his hair. He was strangled to death with gentle pressure, which indicated that it must have been done by another child. The M mark carved into his body seems to have been done in two parts. Once during his death that was actually an “N” and then been changed into an “M” much later.

Given the similarities between Brian’s murder and the death of Martin brown, police decided to reopen Martin Brown’s case thinking that probably natural causes weren’t the reason because they now started linking both the deaths. Suspicion fell on the two girls who not only always caused trouble in the town but also gave suspicious answers during the investigation. On August 8, 1968, The two girls were charged with two murders. Mary’s response to this was, “That’s alright by me.”

The trial began 4 months later in November with both girls trying to prove themselves innocent and blaming each other. During this period, both girls showed different behaviors in court. Norma was overwhelmed and confused while Mary was quite confident and self-possessed. While the judge asked Mary a bunch of questions regarding acts that she had done, she responded with no guilt whatsoever.

“Brian Howe had no mother, so he won’t be missed.” – said Mary displaying no harm in what she had done. Mary lacked basic human emotions. She also didn’t seem to understand the weight of a crime since she showed no remorse. Mary was examined by different psychiatrists all concluding that she was a psychopath. Norma was actually acquitted of a role in the murders on the grounds that she was simple-minded and that she “witnessed” the murders under Mary’s manipulation. Hence, she was not found guilty.

Because of the young age, it was impossible for her to be tried for murder in Britain and was sentenced to life for manslaughter. She spent 8 years in a young offenders Institute followed by four years in an open present before being released with a new identity in 1980.

Mary Bell turned into the first individual in British history to be granted a lifetime anonymity order. This implied she was given the new name and an actual existence away from the public eye. Permitting her a tranquil life, Mary moved to the USA, settled down with her better half, and her little girl who was conceived on 25 May 1984. Her daughter’s anonymity was initially ensured only until she arrived at the age of 18.

On 21 May 2003, Mary Bell won a High Court case to have her own anonymity and that of her girl stretched out forever. Any court order forever protecting the identity of somebody is subsequently known as a “Mary Bell order”. In 2009, it was accounted for that Bell had become a grandmother. What’s more, this request was present to be extended onto her grandkid as well.

Years later there have been multiple books and short films or documentaries written and made, based on Mary Bell’s life. But one author in particular named Gitta Sereny for her book, Cries Unheard: the Story of Mary Bell (1998) actually paid fifty thousand pounds to Mary Bell, in order to get inside facts and details of her life and this case.

Yes, you read it right, it is as obnoxious as it sounds, a murderer got paid for killing two little children!

Read Also: What lurks in the town of Nome, Alaska?

NASA has been showing a steadfast improvement in the field of space technology. Not...
Previous articleThe Kidnapping Of Kate Yup And Her Forced Mukbangs
Next articleWho Was The Zodiac Killer?
© Newspaper WordPress Theme by TagDiv