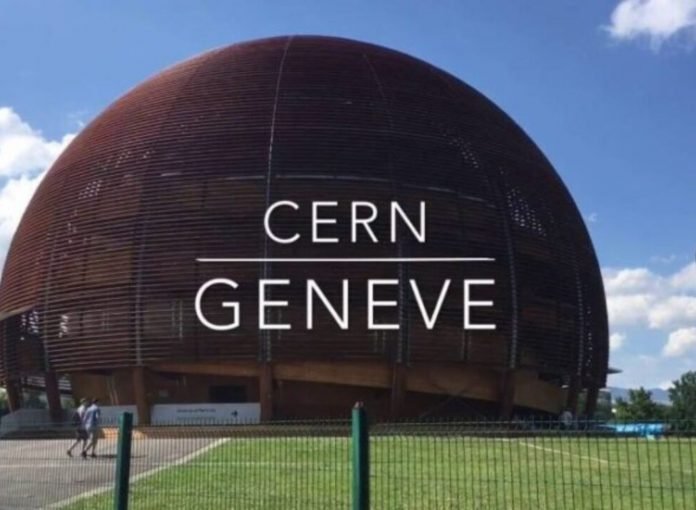 Physics is always fascinating, with its great experiments and colossal instruments sitting at the world’s largest laboratory, CERN. CERN? What’s that now? Before we get into all that, let’s discuss something less serious.

We don’t have to be a scientist to be curious about what started the Universe. Wonders never cease. The more people dig into the workings of the Universe, the more astounding it becomes.

I mean, it’s a common question. We all know we live on Earth. Like, we have a home called Earth, Earth has its home called the Milky Way. And beyond that lies millions and millions of galaxy clusters or things made of gas and dust or just space radiating massive undetectable energy.

People all around the world have been working on uncovering the mysteries of the Universe, studying the workings of physics and all stuff. Just when they think they are getting somewhere, they either land in a whole new place or stumble across an extraordinary and unusual element.

Thanks to the frequent advancement in technology, it has been enormously helpful in uncloaking this conundrum possibly relating to the very state of our existence.

Speaking of technologies, CERN has one of the most advanced technologies that play a significant role in aiding physicists on their journey to uncovering the mysteries of the Universe.

But can this super-tech facility possibly end up being the doom of our planet?

Table of Contents show
1 What Is CERN?
2 What Does CERN Do?
3 Will CERN Destroy The World?

Initially started as a laboratory for particle physics is now an international organization providing world-class research.

It holds facilities for experimental physics to study and understand the mechanisms of the Universe.

What Does CERN Do?

Well, we do know that the whole Universe is based on matter. Whether be it matter or antimatter, or dark matter.

Matter is the fundamental building block of the Universe. And this matter is made up of atoms. To understand an atom, one needs to know how its particles, such as electrons that orbit around a nucleus made up of protons and neutrons, which are made of quarks, work.

CERN has four huge particle detectors that are used to study atoms and understand the state of matter and the structure of the universe.

These particle accelerators, the best being the Large Hadron Collider( LHC), collides with particles almost at the speed of light to study the quarks and other particles.

Scientists figured that to know the start of the universe and understand the big bang, they need to recreate the conditions that existed before the bang using these accelerators.

These accelerators help answer some fundamental questions like the mass of an atom, nature of dark matter, the particles that existed only for fractions of seconds after the big bang, why the matter was formed first, giving way to life, why not antimatter, and so on?

Scientists worldwide use this facility to find answers for the unimaginable and unthinkable concepts that govern the universe.

With the recent and rapid development in technology, CERN has designed a collaborative project called the Grid that handles all the data created by the LHC for further experiments.

The WLCG (Worldwide LHC Computing Grid) is a grid-based computing system that’s spread across the world in over 42 countries combining resources from more than 900,000 computer cores.

CERN is playing a major role in contributing to state-of-the-art research. It specializes in experimental physics and is the reason for one of the most universally appreciated and used technology, the World Wide Web, which was invented at CERN back in 1989.

Its technologies are being used in various sectors such as security scanning, medical applications, engineering, etc.

So if CERN is the starting point of most remarkable ideas that exist today, why would it probably be the ruination of the world?

Will CERN Destroy The World?

This terrific tech facility is used for various purposes, one of which is the particle detectors and accelerators used to find answers for our existence’s most fundamental questions.

But the super-collider has got people freaked. Conspiracy theorists strongly believe something is happening within the center more than just detecting particles and energy.

People’s minds are swimming with some impossibly possible suspicions that could be true. Well, we can’t blame people for being skeptical about their home planet being destroyed by a super tech. Sounds like the plot of The Terminator.

People have been suspecting if the energy levels radiated by LHC could destroy the earth, to which Jennifer Klay, a scientist working with CERN, said: “we also know experimentally it’s not going to happen.” She said they observe cosmic ray collisions from the earth’s atmosphere, and these collisions are far more energetic than anything that’s produced at the LHC.

While asked, Frank Wilczek, a Nobel Laureate in physics, said at the World Science Festival, “if it were going to happen, it would have happened.”

In addition to this, people are also debating about CERN creating a black hole that would possibly engorge our whole world.

Scientists have a unit called Teraelectronvolt (TeV) to measure particles created by the LHC. 14 of these tiny units are needed to create a particle. And to create black holes, scientists need more than a quintillion (1 with 18 zeroes) amount of TeV.

Even with that amount, the back hole will be quantum level-small which is very microscopic. And it wouldn’t be strong enough to attract any matter and lose its energy dissolving before it gains any mass.

Scientists say even if CERN designs a future collider that could outsmart LHC, it still won’t cause any damage to the planet, and we would all be pretty safe until an alien invasion or a giant meteor brings “ The Judgement day.”

How did Bruce Lee die?

NASA has been showing a steadfast improvement in the field of space technology. Not...
Previous articleThe Mysterious Death Of Edgar Allan Poe
Next articleDid The Beatles Truly Exist Or Was It An Imposter?
© Newspaper WordPress Theme by TagDiv