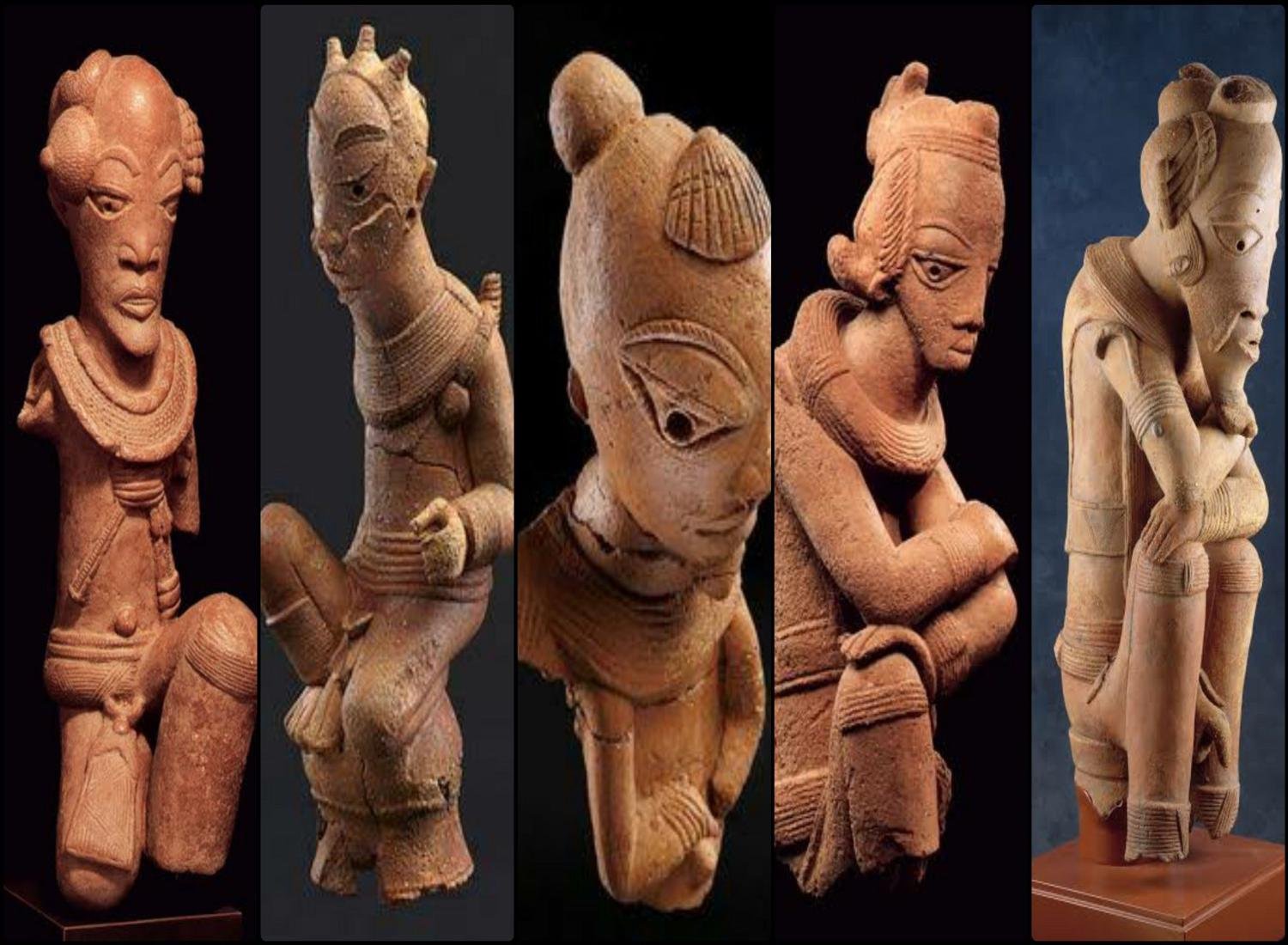 The unique Nok Civilization was first unearthed in 1928 when many remarkable terracotta artifacts were dug out by a group of tin miners in the Kaduna state of Central Nigeria. This intrigued archeologists’ interest, which gave way to extensive excavations into the Nok civilization, suggesting that they may have been the first complex civilization in West Africa, introducing themselves around 900 BC until their peculiar disappearance around 200 AD.

The advanced Nok society brought a new paradigm in human civilization. They introduced one of the most complex judicial systems in history and mastered themselves in producing life-sized terracotta figures in Sub-Sahara. As evidence of their mastery, archeologists have traced various remains from the Nok livelihood, such as iron equipment, rock paintings, stone tools, knives, and jewelry pieces.

The most enigmatic and amusing aspects of the Nok culture were defined by their terracotta statues, which art lovers held to be a timeless and extraordinary creation.

The figures, which date back to almost 500 BC, are mostly human figures signified by elongated heads, hollow looking eyes, and lips slightly parted. The features are somewhat peculiar since although the figures have been constructed accurately, the proportions of the various bodily features remain relative, often making people term them as “extraterrestrial looking.”

A thorough inspection was carried on regarding the clay used in the figures, and it was amusing to notice that the clay was uniform over the whole Nok region, which suggested that the clay came from a single source. However, it remains undiscovered. There are not many records as to why these figures were built in the first place, but it was assumed that these peculiar sculptures were used as charms to ward off the evil, prevent crop failure, and bring harmony to the households. Simultaneously, other speculations suggest that these figures resembled high-status individuals who were worshipped by the citizens.

The construction of these life-sized statues is the only evidence tracing the Nok society’s advancement. The Nok civilization developed a highly advanced system of administration to ensure law and order.

The Advanced Judicial System Of The Noks

Even before the sophisticated western judicial system was put into place, Noks had their own advanced judicial system arrangement. Various courts were generated for settling cases of various levels, ranging from minor civil cases to larger criminal cases. The Nok people believed in a myth that every crime attracts a curse to the entire family and thus must be uncovered and neutralized to avoid the consequences arising from committing the crimes.

The suspect was presented before an open court for a traditional oath-taking ceremony, presided by the supreme sun God, Nom. He was made to stand between two monoliths that faced the sun, where he swore to tell the truth. Cases that could not be resolved in these open courts were further taken to higher courts situated in an enclosed shrine.

This court was mediated by the Chief Priest and various clan heads. If his crime was proved and he was found guilty, he was fined with goats and chickens, which were meant to be sacrificed before the gods, and local wine was presented to the Chief Priest. This was followed by a celebration where the town would gather and thank the gods for their merciful blessings in successfully resolving the dispute saving the people from further doom.

The Mysterious Fading Out Of The Nok civilization

There was no concrete evidence regarding the existence of the Nok civilization post 200 AD, as a sharp drop in the quantity of pottery and terracotta in soil layers suggested that the once-blooming Nok civilization declined at a rapid pace; the reason of which remains unknown. Some suggested reasons such as climatic change, natural calamity, and epidemic or territorial wars could have caused their disappearance. Other theories suggest that the Nok people’s excessive dependence on natural resources, especially charcoal, led to their mysterious disappearance.

The Nok civilization became an epitome for succeeding generations regarding the cultural legacy that they left behind. However, many riddles remain unsolved, ranging from the real reason for their disappearance to the mysterious terracotta statutes’ true purpose.

The unexplained mysterious death will unravel its unknown facts which our past finds a bit difficult to decipher. After a historic jubilant expedition with...
Read more

Sunanda Pushkar Nath Das, the wife of Shashi Tharoor and an Indian businesswoman, who died on 17th January 2014, had attracted a series of...
Read more

Rothschild, The House of the Red Shield, is a name having an extraordinary tradition and reputation with great pulling power in today’s world. Covered...
Read more

Seth Rich, 27, was an employee of the Democratic National Committee. He was murdered...
Previous article
The Idols Smuggled From Temples Of Tamil Nadu
Next article
The Moon Landing, The Aliens, And An Inside Mystery
Conspiracy theories