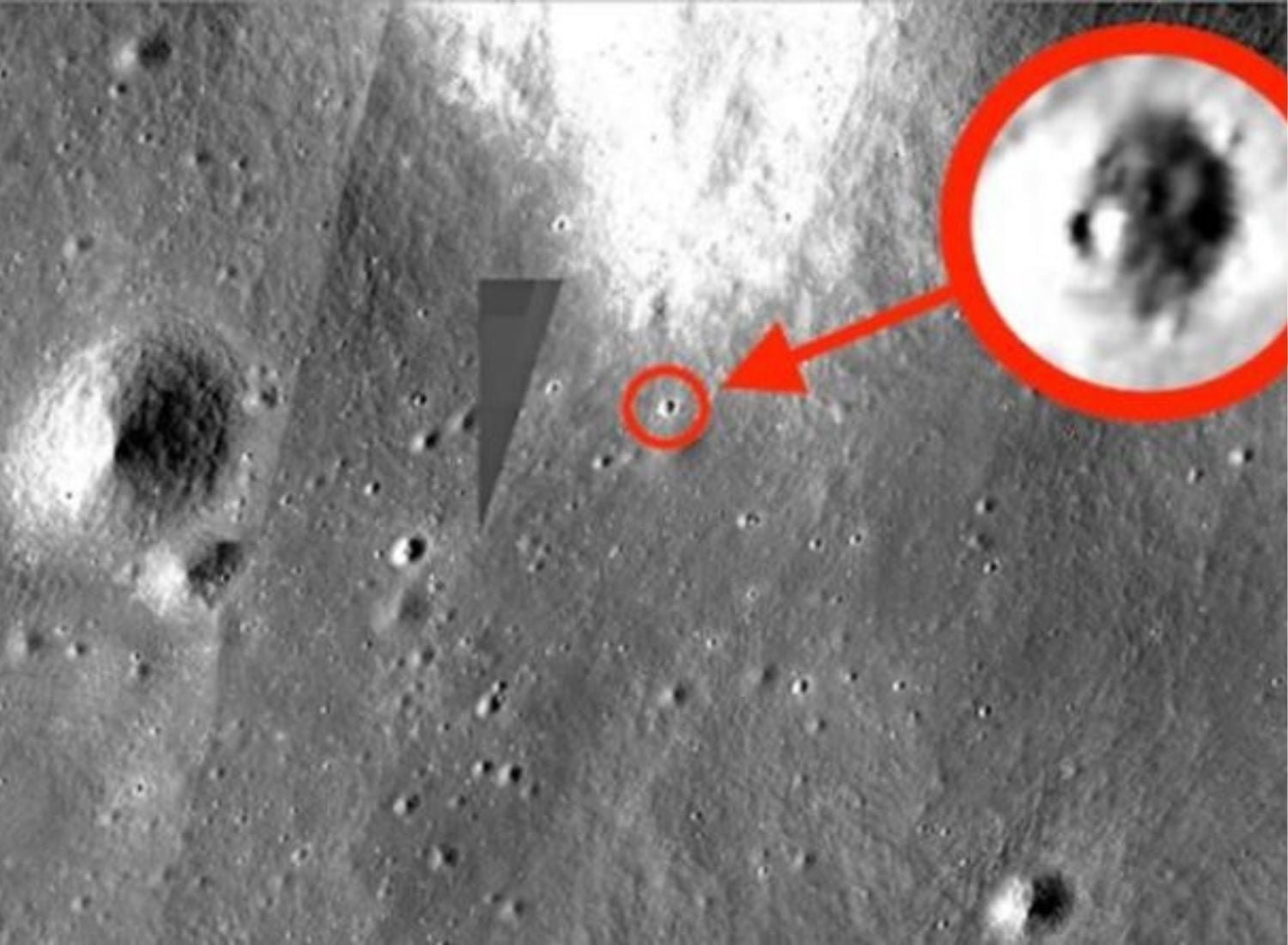 It’s been nearly 50 years since the last human being set foot on the Moon. Technology has evolved more in these 50 years, but still, we aren’t able to set foot on the moon again. Why? Budget issues? Or is there something going on with the moon landing?

From 1969-1972, American astronauts completed six successful landings on the surface of the Moon. The last of these missions, Apollo 17, concluded on the 19th December 1972, when Eugene Cernan, Harrison Schmitt, and Ronald Evans were recovered from the Pacific Ocean by the crew of the USS Ticonderoga.

Three Apollo missions have been planned to follow on from this; no other human-crewed expedition from any nation has since taken place. The justification behind this sudden reversal was a shift between both the financial and political landscapes.

The moon landing program’s overall cost went from $7 billion to $20 billion. This expenditure proved difficult to maintain; no natural resources or significant scientific material was retrieved from the previous trips. NASA found it impossible to secure the funding needed for the remaining program. Political heat over exploring more about the lunar surface cooled down as the western powers achieved landmark victory.

Table of Contents show
Backstory
Did We Really Step On The Moon Around 1990?
Why Do They Want Us To Get Scared?
What Did Karl Wolfe See?

In the decades that followed, many probes and robotic landers sent from different nations such as India, China, and the USA were dispatched to different regions of our nearest heavenly bodies. The majority of these ended up crashing into the lunar surface either due to technical failure or after fulfilling their purpose. We know only a little more about the moon after all these than we did in 1970.

Since the Apollo program stopped, several reports say that the crew has encountered more than just rock and dust. Strange tracks were observed on the ground near the moon landing zone, mysterious objects were seen floating in the sky, and imposing alien structures were glimpsed way off in the distance.

In some cases, claims are supported by blurred or poor quality photos, and in some cases, audio files that have been erased or edited are offered as evidence of a conspiracy. It presents a common threat that the moon may be home to existing residents, who don’t appreciate visitors.

Around  2015 an article began to circulate on Reddit. Purporting to be from a British psychologist who had viewed secret files that contained information regarding further moon landings after Apollo 17 and detailing everything that happened to them.

An anonymous source claimed the astronauts of Apollo 17 hadn’t traveled far from their landing site when they came across another shattered landing craft. It was a severely damaged vehicle with the bodies of several cosmonauts, all of whom appeared to be Soviet in origin.

The US astronauts examined the Soviet astronauts’ bodies, and they found bruises from physical assault rather than any form of decompression or collision impact. The article also said that unknown sources and glass were puncturing vehicles, and the helmets worn by the dead Russian cosmonauts were smashed.

When the American crew saw this, they immediately returned to the lander and requested permission to lift off again, but they were told to stay for few more hours due to some technical issue. During this time, they sent more panicked radio transmissions that they are not feeling safe as they saw shadows of figures coming closer to them.

In the article, it was said that it was a joint British and Russian mission to go to the crash landing site in 1989; the psychologist who wrote the article also said that he was told to assist in debriefing the crew of this expedition when they returned home.

The Russian lander successfully arrived in the vicinity of Apollo 17’s moon landing zone in December of 1990, only for the crew to be attacked by unknown entities. This attack was watched by their controllers at the Okhotsk launch site before contact with them was lost.

Why Do They Want Us To Get Scared?

In May 1969, the Apollo 10 crew members, Gene Cernan and John Young reported strange sounds from the surface below; it was a whistling sound that they considered outer space music.

In July 1971, Apollo 15 crew members observed something strange, the transcripts of radio transmissions between crew members David Scott and Irwin. They observed vehicle tracks at the base of mount Hadley. They described it as linear impressions, running from east to west, and totally uniform in nature.

There were also some claims made by the crew members of Apollo 11 that they observed multiple sightings of unidentified objects, which automatically drew a lot of conspiracy theorists’ attention. They observed that something was traveling parallel alongside their ship and asked for clarification from mission controllers. Neil Armstrong described the object as cylindrical, metallic, and with light coming from one end.

After being asked by NASA to clarify the object, they replied by identifying it as a metal paneling that may have blown clear of the main booster. Even more disturbing radio conversations were believed to have occurred between Armstrong and the controller at the control center after he reached the Moon.

He also described buildings that led down the moon’s surface and what appeared to be metallic vehicles parked in lines outside these constructs. As proof, he also clicked a lot of pictures from his chest-mounted camera, but they never got published. He also said that he got terrified by those space crafts, and he believed that they were warning humans to stay away from the Moon.

In October 2018, two Ufologists died, recently it generated a great deal of speculation within the media. Both of them were in the US military and claimed that there is life on the moon. They made allegations against NASA for hiding the truth.

Bob Dean was a former Sergeant Major in the US army during the 1960s. During this time, he claimed that NASA had destroyed 40 rolls of film shot by astronauts of the Apollo 11 mission. He also claimed that extraterrestrial invaders had threatened him when he read a top-secret document.

On 11th October, within a week of Dean’s death, authorities were called at his home in Tucson. Karl Wolfe, a 74-year-old man, was crushed to death by a tractor. Wolfe was a former US air force Sergeant and repeatedly claimed to possess some terrifying evidence proving that there are aliens on the moon.

What Did Karl Wolfe See?

In 1965, Wolfe had been stationed at Langley Airforce Base Virginia, specializing as an electronic technician. His job was to repair photographic systems, which the Air Force damaged during the Vietnam conflict. Still, one day he got himself temporarily reassigned to NASA lunar orbiter project. He was called and was led to a room where he met another airman who explained to him that NASA was having issues producing photographs from the latest lunar mission.

After rectifying the fault, Wolfe was shocked to see the lunar landscape, complete with a whole city of mysterious alien structures. He described seeing domed towers situated on the dark side of the moon. He thought that the news would get telecasted in the evening news, but it never reached that point. So, in 2001, with intelligence officials and service members, he went public with his experience.

Pictures sent by probes showed lights on the surface of the moon emanating from some unnatural structures. Some theorists also believe that the moon is also not a natural satellite; rather, it is a shell or a gigantic spacecraft. The theory is similar to the hollow earth theory, whose supporters believe that there are vast networks of tunnels under the earth’s surface which we aren’t aware of.

As evidence of a hollow Moon, theorists point to data produced by seismometers left on the moon in each Apollo mission. Between 1972 and 1977, these instruments recorded a series of geological movements under the lunar surface. During the Apollo 12 mission, the decision to deliberately crash the ascent stage of the crew’s lunar module back onto the surface. They recorded strange vibrations after they monitored stations, which continued for an hour during which the Moon rang like a bell.

Was Homi Bhabha’s Death the Work of the CIA?

The Pioneer of the Indian Nuclear Research Homi Jehangir Bhabha was an Indian physicist who was the key architect of India's Nuclear Energy Program....
Read more

Seth Rich, 27, was an employee of the Democratic National Committee. He was murdered...
Previous article
The Nok Civilization: The Mysteriously Advanced West African Civilization
Next article
Antimatter— A Whimsical Enigma
Conspiracy theories