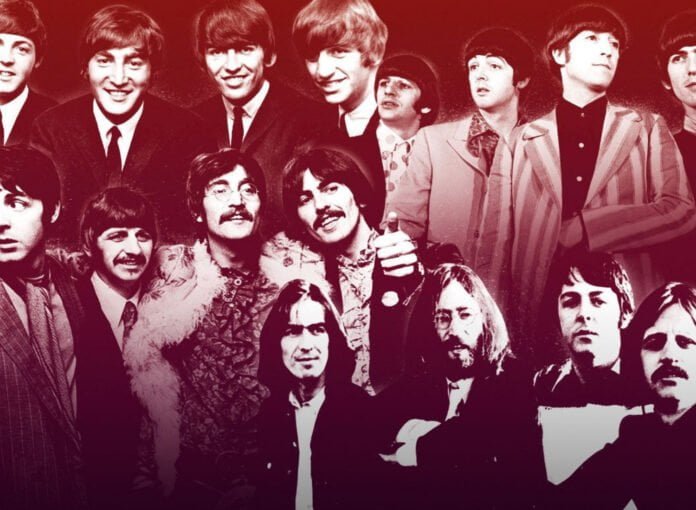 Music is everyone’s anchor to stay in reality, keep in check and cope with life. From your grandfather who vibes to 70’s music to every other girl that swoons over a boy band, music lives in our very soul.

But what would you do if someone told you that your favorite band never actually existed? Won’t your whole world crumble into pieces? It would for me.

The Beatles, one of the most influential bands of all time, went through some similar situations. Despite being the ‘phenomenal four,’ conspiracy theorists believe that they might have been clones or series of individuals impersonating personas.

Sounds exciting and creepy at the same time. Well, if it meant replacing one band member, cool. How is it possible to replace all four members constantly?

Are The Beatles The Best Known Band To Ever Exist?

The Beatles is a British rock band that stole millions of people’s hearts over a decade. Well, sure it did. Who wouldn’t fall hard for a boy band? Especially when it comes with the bonus of being British, no matter what century it is.

It was formed in Liverpool in the 1960s. The band consists of four members, John Lennon, Paul McCartney, George Harrison, and Ringo Starr. All of them were incredibly talented and were called the ‘Fab Four.’

They were also named as the most influential people of the 20th century in Time magazine. Well, they could have still been the best pop group if it weren’t for the growing number of boy bands in our era.

The Beatles broke apart in 1970, which caused immense heartbreak among people. Later all members of the band had successful solo careers.

I don’t know how people went through watching their favorite band break apart. But doesn’t it sounds awfully familiar? That’s because people in our era went through a similar situation with a pop boy band called One Direction. Well, it’s not exactly the same, but it helps.

So why do theorists believe that this record-breaking power-four never existed?

The Beatles were quite the big deal in that era; they had 20 No.1 Hits and 34 Top 10 Hits on The Billboard chart. It’s been 50 years since the band broke up, but we still talk about them like they are fresh in our minds.

The Beatles have a lot of mysteries among themselves. For example, the popular one being, Paul is Dead and replaced by a look-alike called William Campbell. There were many arguments supporting this claim, like subtle mentions of Paul’s death in their weird album covers and lyrics that have an ambiguous meaning related to Paul’s death.

Later conspiracy theorists came up with a bizarre theory, what if the Beatles itself didn’t exist?

What if they were just characters played by many different actors over the years?

Even if we consider that, wouldn’t it have been hard to manage all those people? Or were they being constantly threatened to keep it a secret?

Some believe that a sinister establishment used body doubles to create a band. Others believe that the Illuminati created the Beatles to control the youth and reshape their personalities using soft drugs.

Soon the ‘Fab Four’ became the ‘Fake Four.’ The widely believed theory is that they might have used clones or body doubles.

Even though it was possible to have used clones and body doubles, not everyone is equally talented in music, and not everyone’s voice sounds the same. Anyway.

It was first noticed when pictures were found with mismatched appearances. Two photos that didn’t match wouldn’t have caused a fuss. But it was claimed none of the photos matched.

Some noticeable differences like the difference in height, position of eyes, shape of eyebrows and ear, the arrangement of teeth, the shape of the nose, and so on were some things that added gasoline to the fire.

I mean, facial features kind of change as people grow up. Nobody looks the same way they looked at 17 when they are 70.

And as for the teeth, they could have clipped them so that it’s actually not crooked anymore.

Though it had too many people playing a boy band, how long could they have been threatened by someone not to reveal any information? They are going to talk eventually. Word travels. It’s too big of a risk.

Anyway, they exist or don’t, two people are already dead, and the Beatles have become old news over time.

Seth Rich, 27, was an employee of the Democratic National Committee. He was murdered...
Previous article
Is CERN Powerful Enough To Destroy The World?
Next article
Mystery Satellite Monitoring Earth? Was It Sent By Aliens?
Conspiracy theories