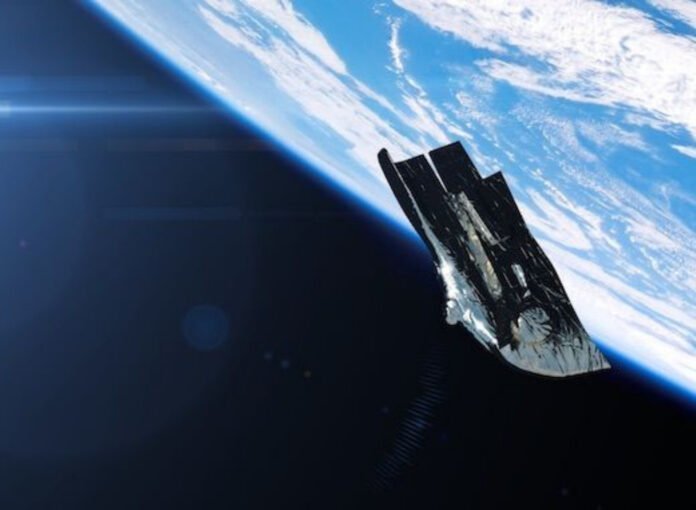 Space is filled with a lot of things. Starting from satellites that are orbiting the Earth to huge black holes that could gobble up anything.

Speaking of anything, it could also be UFOs, especially one that has caught the attention of all the scientists and space-related researchers, the Black Knight Satellite.

Currently, about 2,800 satellites are going around the Earth along with the natural satellite the Moon, and several pieces of space junk.

Since the first-ever UFO sighting, there has been a whole load of theories being postulated about Earth being monitored or probably being invaded. But what’s mysterious is that there have been no records related to whosoever placed the Black knight Satellite in the Earth’s orbit.

All sightings and connections with this mysterious object have only lead us to a blind alley.

What Is This Extraterrestrial Space Satellite?

Such paranormal objects definitely grab the attention of people like a moth to a flame. A lot of people tried and failed in finding an answer to this particular mystery or was it a myth? This thing has been going on for years because people have been uncertain as to what this object is.

Conspiracy theorists saw this as an opportunity to lure people into their web of confusion and curiosity.

Various conjectures were made based on this particular issue.

The space probe has been in the Moon’s orbit for around 13000 years and it observes Earth while it passes along the orbit.

Nikola Tesla, one of the greatest inventors of his time was working on electricity and transistors in 1889 when he got electric signals which he thought were from Mars. But modern conspiracy theorists believe these signals came from the Black Knight Satellite.

Later, in 1928, Jørgen Hals, a Norwegian engineer claimed that he received radio signals from the same spot from space as Tesla received.

In 1954, it was claimed that the U.S. Air Force had discovered two satellites orbiting the Earth and one of them could be the Black Knight. This was considered a false discovery because at that time no country had the technology and hadn’t managed to launch a satellite.

A Scottish author claimed that he had decoded the signals that Tesla and Hals received. He believed that the signals were sent from a planet in the solar system of a star called Epsilon Boötis.

He later excused himself for giving false information through ‘unscientific’ methods.

While the other nations were putting in their thoughts about this possible alien-space probe, the French too decided to pitch in their ideas. Jacques Valle, an internet pioneer claimed that he had identified a bright unidentified object in retrograde i.e., orbiting in the opposite direction of Earth’s rotation. But there was no evidence because his senior members had confiscated the tape and erased all the data relating to the Black Knight Satellite.

Astronaut Gordan Cooper claimed that he saw a UFO during his mission to space, which wasn’t confirmed by NASA.

But later NASA’s STS-88 mission captured pictures of this space probe. It explained that it’s probably just space junk or debris. Conspiracy theorists think that NASA was allegedly refusing to reveal any information about this mystery object and there’s more beyond what they claim as just space junk.

But still, even if it was a satellite, aren’t they supposed to look like a speck of dust? But pictures related to the Black Knight Satellite taken from Earth look like an object is flying inside the atmosphere, while most satellites are in space or occupy the outermost regions of the atmosphere.

In 1998, an insulation blanket lost during a mission was also considered to be this mysterious object that apparently looks like a space probe.

The picture above shows the satellite matching with the video of the thermal blanket.

But theorists believe that there are possible chances of other advanced worlds existing in solar systems from faraway galaxies somewhere in space. And people (or aliens) are just monitoring Earth through its mystery object.

But there is no evidence as to who launched it; why it’s there, and what it’s doing.

We don’t even know if it’s a space probe or just some metal junk.

NASA has been showing a steadfast improvement in the field of space technology. Not...
Previous articleDid The Beatles Truly Exist Or Was It An Imposter?
Next articleBindi: Evolution Of The Hindu Forehead Dot
© Newspaper WordPress Theme by TagDiv