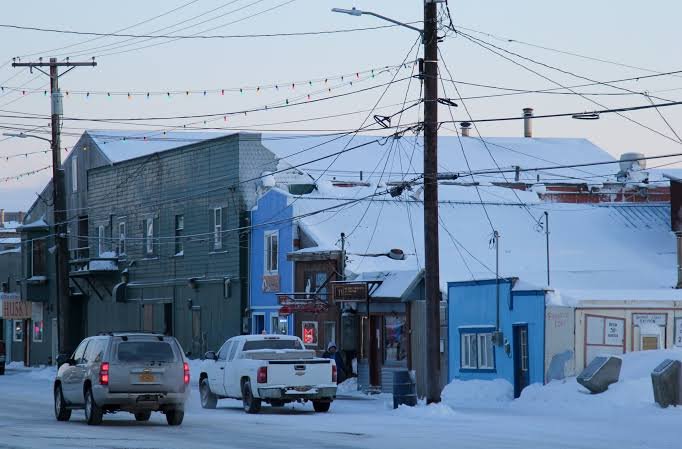 What inspired the directors of the major motion picture, The Fourth Kind (2009)? based upon the Town of Nome, Alaska.

The small town of Nome is a pleasant Alaskan town. It claims to be home to one of the largest’s gold pans. But it hides a secret, mysterious to the outside world.

The town of Nome experienced some questionable and mysterious disappearances of its citizens between 1940 to 2004. As a result, several questions were raised by the general public about what was the cause behind these inexplicable disappearances. The town lies on the bank of Bering sea and takes up less than 22 miles of land. It is extremely desolate and adds an element of secrecy to the town’s life. All these attributes add life to the brewing theories.

The area of Nome is supposed to have the highest amount of UFO sightings as compared to anywhere in the last frontier. According to Huliq.com, there are “regular UFO sightings in the Nome region throughout the year, with ufologists thinking this may be a region for a sort of command center for alien life on Earth.” Locals of the town report seeing UFOs in the sky frequently.

One wouldn’t expect a large number of disappearances from a town this small, that only has 350 miles of road covering it. The only way in and out of the town is through a plane. You’re only leaving the town once you’re on that plane. These planes could be mistaken as UFOs. But strangely enough, it is reported that there are some inexplicable strong signals of something big, that are detected in this area.

The people suppose these disappearances amount to alien abductions. This theory is the origin of the movie The Fourth Kind, which follows a documentary type analysis of the abductions by a psychologist. Many people criticized and bashed the movie for exaggerating the sequence of abductions but some believe for it to be true.

Work of A Serial Killer

The disappearances were so frequent that people started suspecting that there was a serial killer residing amongst them. According to an article in 2004, 3,323 people were reported missing in the state of Alaska, far higher than anywhere else in the country. Since police began recording numbers in 1988, they have received at least 60,700 reports of missing people in Alaska.

According to the L.A. Times, Alaska has approximately 5000 glaciers, 3000 rivers, 39 mountain ranges, and around 3 million lakes which could easily serve as great hiding spots for killers.

There are very few people residing in Alaska. But on an average, 5 out of 1000 people go missing every year, which is double the number for the rest of the US. Being an isolated and desolate town, it can get extremely difficult to search for missing individuals. It is even considered that they wanted to get lost on their own.

By 2004, even the FBI was concerned. As the number of people disappearing was higher than usual. Pieces of evidence often included vehicles that had been abandoned and footprints that lead to nowhere; there were no signs no murder, which was indeed ambiguous. Sometimes even families went missing! Where were all these individuals disappearing to?

Some people suggest that the high number of disappearances are due to “high alcohol consumption and a harsh climate”. Some suggest that Nome is the command center where the extraterrestrial activities take place. The internet has an ample number of eye-witnesses accounts and possible sightings of UFOs in Alaskan skies witnessed by supposedly credible people. And consequently, there is a frightening reality that exists for the people believing in alien abductions.

Till then Nome offers vast skies for large number of theories to brew.

Nelson Mandela, born on 18 July 1918, was the President of South Africa. He was known for his anti-apartheid and philanthropic works. He was...
Read more

Seth Rich, 27, was an employee of the Democratic National Committee. He was murdered...
Previous article
The Truth behind the Death of Lal Bahadur Shastri.
Next article
Secret Vault of Padmanabhaswamy Temple.
Conspiracy theories