Table of Contents show
1 All about the Temple
2 Vault B – The mystery
3 Who can open it?

All about the Temple

There is a temple, Padmanabhaswamy Temple, in the state of Kerela that is the mother of all supernatural sites. It is a replica of the famous Sri Adikesavaperumal Temple at Thiruvattar. The principal deity in the temple is ‘Padmanabhaswamy’. It is found in the “Anantha-sayanam” posture which is the eternal sleep of Yoga-nidra on the serpent Anantha. Only those who profess the Hindu faith are allowed entry to the temple. Among other things, the temple is famous for having a secret vault that no one has been able to open up till date.

Vault B – The mystery

A committee of seven members was sent in 2011 to the temple by the Supreme Court of India. The six vaults, A, B, C, D, E and F were opened in the presence of the head trustee of the temple. When they were opened, they were astonished to see what they found. The vaults had dozens of diamond jewellery along with golden utensils, weapons, golden idols, golden elephants idols and diamond necklaces which had 500 kilograms weight and 18 feet length and bags full of golden coins of different nations.

But the twist here is the Vault B. While the other vaults are opened at least 8 times a year, Chamber B is not. No one knows what lies beyond its gates. It is said that the chamber is holy in nature, as it contains an idol of Sri Padmanabha and many valuables of mystic origins. It is also said that the chamber might have walls of solid gold. It is possible that it may contain the largest undiscovered treasure in world history.

Aside from the two enormous engraved cobras, the steel door of Chamber B does not have and bolts, latches, or any other means of entrance. The trustees of the temple and other astrologers of India consider the chamber very mysterious and sacred. According to them, it is very risky and dangerous to uncover what is inside the vault. The chamber is apprently protected by a number of mantras by the ‘siddha purushas’ that lived in the 16th Century.

Who can open it?

The door of the chamber can be opened only by highly knowledgeable sadhus and mantrikas who are familiar with the way of freeing the ancient mantras on the vault. This can be done by the ‘Garuda Mantra‘. If the mantra is chanted properly, the power of it will automatically open the door without any need of human effort. If not, mighty serpents guarding the door will apparently wreak havoc on those who try to open the door.

It is also insinuated that if any man made or other technology is used to try and open the door, other than the mantras, a huge catastrophe will occur around the area of the temple as well as the whole country. It is believed that attempts were made on Vault B to open it with man-made technology, however they were unsuccessful.

As of now, no one knows what this secret chamber contains, no one has been able to chant the Garuda mantra correctly, and the Supreme Court order against the opening of the chamber still pertains. 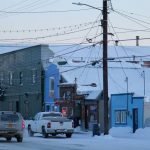 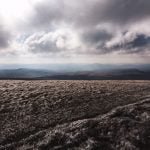