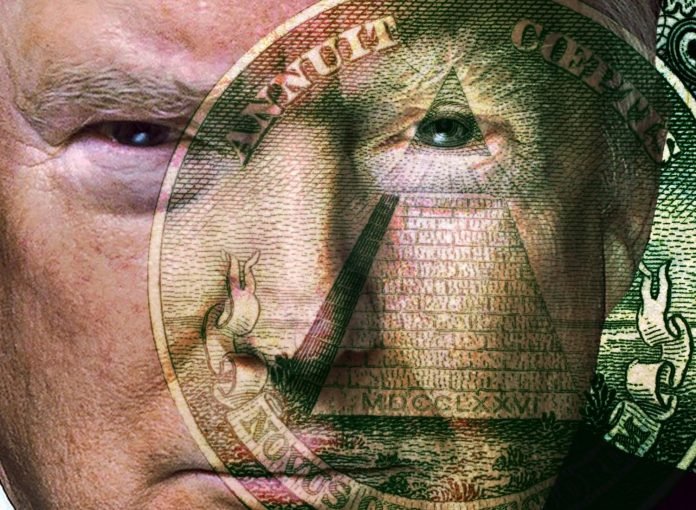 You have probably heard about thousands of theories consisting of the infamous United States President, Donald Trump, and his family. However, here is one which surprised, intrigued, and creeped us out all at the same time.

It is often speculated that Donald Trump and his family are time travelers from the 19th century who came to the 21st century in hopes of ruling the United States of America and then slowly the world. The thing that shocked us the most is that these theories are based on a crazy set of coincidences and conjectures that actually make sense.

Over time almost all the major conspiracy theories from lizard people to aliens have been applied to Donald Trump and his family. Many theories seem to make sense, while others just make you wonder. The main reason behind calling him a time traveler or part of the Illuminati are given here.

Books Written In The 19th Century

The main reason behind all these theories was two books written by the same author named Ingersoll Lockwood. Both the books were written in the 1890s. These books are named “Baron Trump’s Marvellous Underground Journey” and “1900; Or, The Last President.”. The former was published in 1893, and the latter was published four years after the first one. The relation and coincidences in this book are creepy and intriguing at the same time.

Context Of Both Books

The book is based on a little boy whose adventure begins in Russia before going into the unknown world. Shockingly, the boy’s name is the same as the name of Donald Trump’s son Baron Trump. The little boy finds a portal and finds out that he can time travel, and his adventures are guided by “the masters of all masters”, a man named ‘Don’. I don’t think I need to bring your attention to this minor detail; Don is the abbreviated version of the name Donald. If you think that this book can’t get any creepier, think again because you are in for a surprise.

Lockwood wrote many sequels of this series four years after the first book’s success. The third book,” 1900; Or, The Last President”, provides a set of even stranger coincidences linking the story to incidents happening in the 21st century.

Following the election and the chaotic scenery in New York City, it is discovered that the man is extremely wealthy and resides on 5th Avenue.

If you aren’t aware, Donald owns ”The Trump Tower,” located on 5th Avenue.

Once the character becomes president, he starts picking people for the cabinet, and the first person he chooses is a man named Lafe Pence. I don’t think I will be able to stress this enough…Illuminati, which is probably one of the biggest conspiracies out there.

It has always been speculated that every President instantly assumes a key role in the alleged Illuminati organization, and Lafe Pence was a US representative.

Also, it is often speculated that Donald Trump has been a member of the Illuminati for a long time because of the hand signals he gives out, the weird and creepy things he says, and the people he is associated with.

If you want more information about Illuminati, then I suggest looking it up because there is so much intriguing, creepy and shocking stuff that is deliberately hidden from us.

Many things collide with real-life in Lockwood’s second Baron Trump novel “Travels And Adventures Of Little Baron Trump”: giant turtles, alternate dimensions, and a dog named Bulgar. Even though this is a really interesting time travel theory and should be taken seriously, time travel theories are always nit-picked and are always considered impossible.

But we mustn’t ignore that the possibility of time travel, giant turtles, and alternate dimensions is very low—but never zero. Not believing that these things exist is like taking a spoonful of water from the ocean and saying, “there are no whales and sharks in the ocean because there are none in my spoon”.

Many things in this world are unexplainable and will probably always remain so. The best we can do is try and make sense of the things available to us.

Scientists have been trying to uncover the dark mysteries that lie behind the curtains of the Universe for a very long time now.Whether it...
Read more

Seth Rich, 27, was an employee of the Democratic National Committee. He was murdered...
Previous article
Is Iraq A Hub For Aliens?
Next article
Amityville And The Horrific Murder Of The DeFeo Family
Conspiracy theories