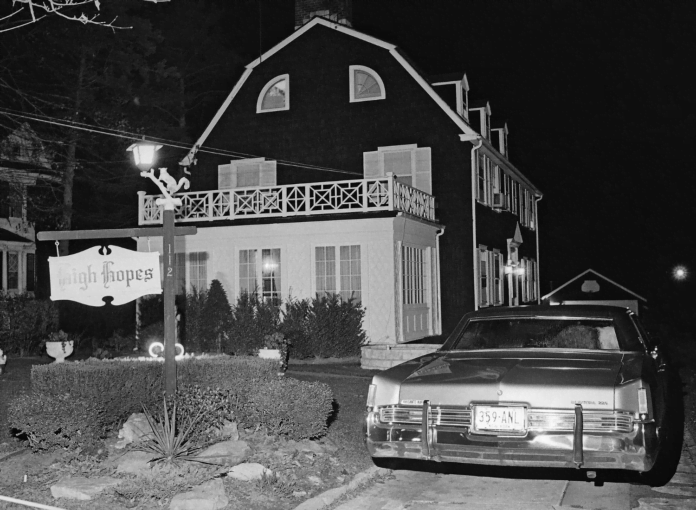 Amityville is a seemingly normal house, thirty miles outside of New York City, deep in a small town of Long Island. But you may wonder what is so special about this one house? Amityville has a very tragic and chilling past that haunts the town to this day.

The year of 1974 changed the town and brought in a deep fear. One of the town’s residents was charged with murder, of his own family. His claim? An evil entity made him commit the murders.

Was there an actual entity in that house that made him kill his entire family, or was this just a ploy to not get charged?

Background Of The Family

Butch had a traumatizing childhood since his father was abusive and his mother faded in the back due to his overbearing personality. Butch started to get addicted to drugs and alcohol and occasionally lash out at his parents. He even threatened his father with a gun at one point.

His parents hoped that he would get better one day, but they didn’t live to see that day.

Butch had a job at a car dealership in Brooklyn, which he rarely showed up to. On the afternoon of November 13th, Butch got out of work early because of boredom and went to a nearby bar with a couple of friends. He would constantly call home and complain that no one was picking up the phone, and soon, he left to go home.

At around 6:30 pm, he stumbled into the bar again, screaming, “You gotta help me! I think my mother and father are shot!”. A group of people, including Butch, went to the house and found not only his parents’ bodies but also his four siblings: Dawn, Allison, Marc, and John, all of them dead.

An emergency call was made to the Suffolk County Police Department, who confirmed that all six members of the family were dead. The victims were killed with a .35 caliber rifle, Ronald and Louise were both killed with two shots while the children were killed by one shot, and all of them were found lying on their stomachs.

Butch was taken to the police station for his own safety. He was seemingly innocent in this case since he revealed that he was at work when the murders happened. He also tried calling them multiple times throughout the day, but no one answered.

Claims of his innocence soon changed when the autopsy report revealed that the victims were killed at around 3 am, at which time Butch was at home.

He then changed his story, now stating that a mob hit-man killed his family and made him watch. That story was proven to be wrong, as well as the said mob hit-man had an alibi at the time of the murders.

The following day, Butch confessed to killing his family, but said that he wasn’t in control of his senses and there was an entity in the house which forcefully made him commit the murders.

But after a while, he truthfully confessed that he did kill them all, and he was in complete control of his senses. He told the detectives, “Once I started, I just couldn’t stop. It just went so fast”.

DeFeo’s trial began on October 14, 1975. He and his defense attorney William Weber, claimed insanity, with DeFeo claiming that he killed his family in self-defense because he heard their voices plotting against him. The insanity plea was supported by the court psychiatrist, Daniel Schwartz.

Dr. Harold Zolan, a personally hired psychiatrist for the State, maintained that, although DeFeo was a user of heroin, he had an antisocial personality disorder and stated Butch was aware of his actions at the time of the crime.

On November 21, 1975, DeFeo was found guilty on six counts of first-degree murder, the court refusing to side with Weber’s insanity plea for his client. Judge Thomas Stark sentenced DeFeo 25 years in prison, with no chance at parole.

The Rise Of Conspiracies

After Butch’s claim at the involvement of an evil entity, it was obvious that various conspiracies would rise.

Detectives revealed that there was no silencer in the rifle, and the neighbors should have been able to hear the gunshots, but no one heard anything. At the time of the murders, the whole family was sleeping, except for Louis and Allison. Butch confessed to injecting sedatives into them, but the coroners could not find any trace of the sedatives during the autopsy.

Over the years, Butch has been changing his statement about what happened. He sometimes blames his mother and sister and said that they were the ones who shot the rest of the family. Other times he claimes to have been possessed and did not know what he was doing. In the most recent statement, he said that his lawyers forced him to talk about being possessed so they could get book and movie deals.

Butch’s claims keep adding more and more mystery to a seemingly simple case. He was charged for the murder of his family, but no one can explain why no one from the neighborhood woke up after a total of eight shots were fired without any silencer. Why was no trace of the said sedatives found? Why were all the bodies on the floor, on their stomachs? Did Butch lie about the evil entity involved, or did he backtrack from his statement after realizing no one would believe him? Was he alone? Or was someone else there too?

All these are questions that will go unanswered as the case was closed after his confession and Ronald ‘Butch’ DeFeo Jr. died on 12th March, 2021 in custody.

Leonardo da Vinci was an esoteric 15th-century artist and thinker of Italy, whose mysterious paintings and theories are still indecipherable to modern scholars and...
Read more

When we think of Iceland, our mind brings in the image of glaciers and snow and overall calm and polite people. The capital city...
Read more

The Bermuda Triangle is a slackly specified area in the western part of the North Ocean. This has been a site of conspiracies and...
Read more

Seth Rich, 27, was an employee of the Democratic National Committee. He was murdered...
Previous article
Is Donald Trump A Time Traveller Or An Illuminati?
Next article
Tamla Horsford Case: Accident or Murder?
Conspiracy theories