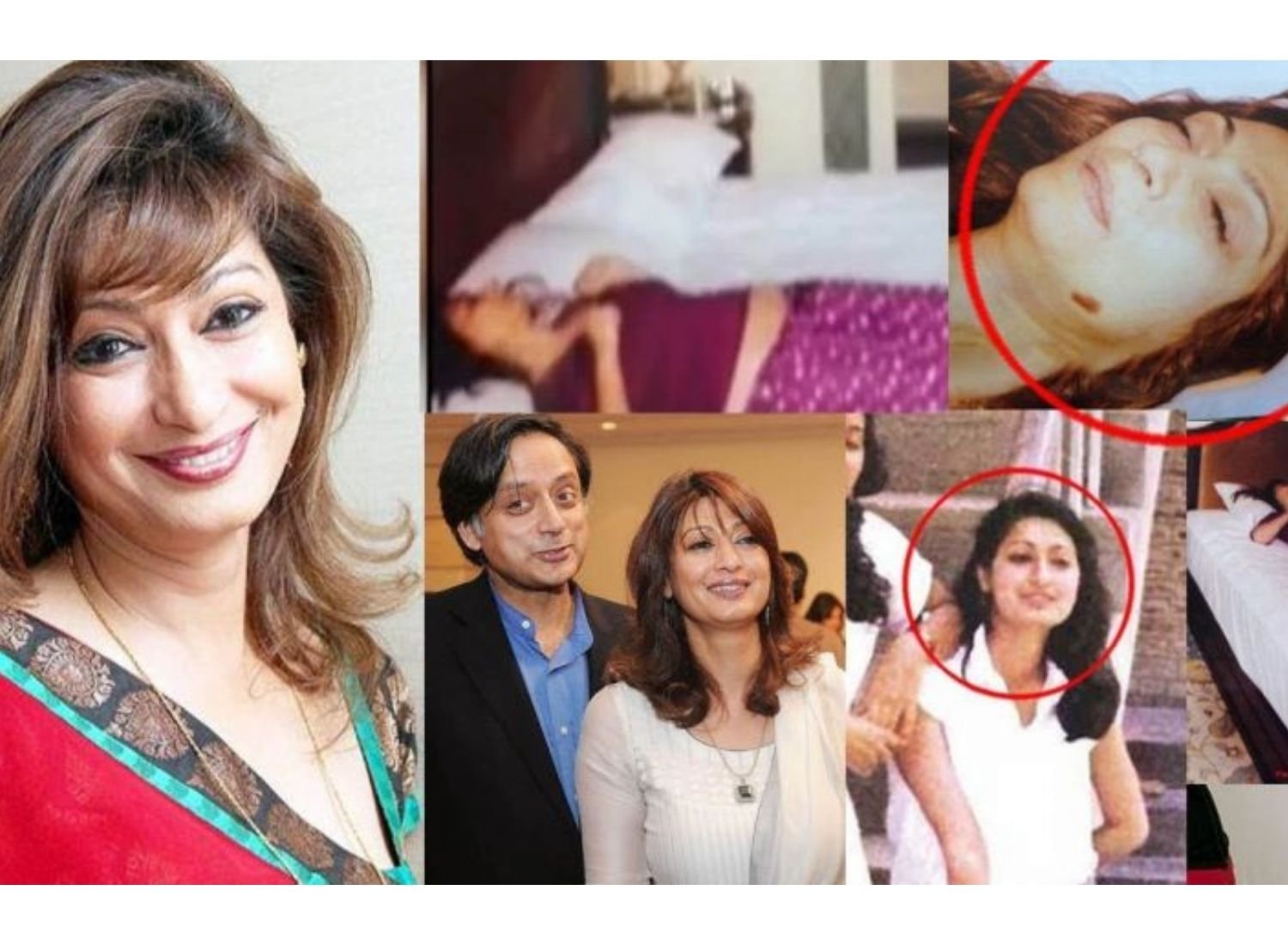 Sunanda Pushkar Nath Das, the wife of Shashi Tharoor and an Indian businesswoman, who died on 17th January 2014, had attracted a series of theories. The theories range from Shashi Tharoor as a suspect to the inaction of the murder by underworld or involvement of ISI. The theories may highlight several reasons, but in reality, many instances proved Sunanda Pushkar was going through a very disturbing life behind the glamour world.

The life and the death of Sunanda Pushkar revolved around the suspicion of Shashi Tharoor, having extra-marital affairs, loneliness, and the IPL controversy. The case of Sunanda Pushkar’s death stated that her dead body was recovered from Room no. 345 in Chanakyapuri at the Leela Palace Hotel, Mumbai. Shashi Tharoor first discovered the body, and the cause of death was drawn out as a drug overdose.

Table of Contents show
1 The Disturbed Marriage:
2 The Unseen, ‘Secret Report’:
3 The Theory Stating For A Probable Role Of ISI:
4 The Hand of Underworld Behind The Murder:

The legal proceedings conveyed the cause of death as suicide, but afterward, it was concluded as murder, and many eyebrows had been raised towards her marriage life. The main issue, according to reports that turned Sunanda Pushkar from a confident and high-spirited woman to a suspicious and insecure one, was Mehr Tarar. Mehr Tarar, a West Virginia University graduate and a Lahore-based journalist, happened to meet Shashi Tharoor in 2013 at a social gathering. Mehr Tarar, an admirer of Shashi Tharoor’s books thereafter, was in touch with him and her project.

The meet and greet between the two was just a suspicion but became more evident in June 2013. This was when Sunanda Pushkar and the media raised their voice louder when Shashi Tharoor was seen at a social event in Dubai, where he had gone for a conference, and Sunanda accused that he spent three nights with her too. This was also confirmed by Nalini Singh, who confirmed many instances like her birthday party, where Sunanda was constantly thinking about it and told Nalini Singh that she had Lupus. According to few media reports, Sunanda Pushkar, along with Mehr Tarar, had suspicions over Shashi Tharoor’s biographer and with an air hostess.

This was further accompanied by conversations about suspicious affairs with her friends and attaining many events alone. The same anxious relationship between the two was also being theorized for her mental agony driving her to suicide at last. However, the 15 injuries on her body diverted it and the Twitter controversy as well. There were many fights reported that had taken place between the couple a day before the death of Sunanda Pushkar, which was confirmed by her friends and the manager of Airtel, who had come to help out Shashi Tharoor’s call to change the SIM card.

The same heated argument made Sunanda Pushkar hack into Shashi Tharoor’s Twitter account. It released several tweets that drew light towards the extra-marital affair of Shashi Tharoor and Mehr Tarar. However, afterward, they jointly released a statement on Facebook that they are happily married even after Sunanda Pushkar had accepted that she took full responsibility for the tweets before.

There was another autopsy report found by an exclusive covering, according to a media report. The report brought concern upon Injury No.1 and Injury No. 12 out of the 15 injuries ranging between 12 hours to 4 days. The report also claimed that Injury No. 1 was fresh and was an injection mark, whereas the 12th one was of teeth bite marks.

The report had also theorized that she and Shashi Tharoor had a scuffle; this was further supported by many reports, including fingerprint and biological reports pointing towards murder. This had too raised questions about whether poison was injected or it had an oral intake. The report conveyed that her suspicious room shift from 307 to 345. It also included Nalini Singh’s statement that Sunanda Pushkar had called for a presser at 3 p.m. and asked her assistant to take out a white dress for the same.

The Theory Stating For A Probable Role Of ISI:

Among the array of theories, the ISI theory was first thought as before death Sunanda Pushkar had stated that Mehr Tarar was an ISI agent. There were also rumors that the agency had sent a spy to eliminate the wife of Shashi Tharoor. The theory further gained a basis when experts pointed out that the poison used to kill was not an ordinary one and can be often seen with such a high-placed agency.

The Hand of Underworld Behind The Murder:

Sunanda Pushkar’s death had taken another angle when the suspicions behind her murder were directed towards the hands of the underworld. Subramanian Swamy largely supported the theory. It conveyed that Dawood Ibrahim had personally sent people for murdering Sunanda Pushkar and the reason behind it was that she knew many things about the underhand financial deals. Subramanian Swamy had also taken bigger names like Robert Vadra, Sonia Gandhi’s son-in-law, and argued about the autopsy report.

He had also made a tweet, according to media reports, that the crowd behind planning the murder of Sunanda Pushkar was the same behind the campaign that led to the unseating of ICC/BCCI Chm Srinivasan and further stated that India is being led on by Dubai. Many reports asserted connections of Chhota Shakeel and Dawood Ibrahim connections in the spot-fixing scandal, along with the discovery of three people carrying fake passports living in the same hotel.

NASA has been showing a steadfast improvement in the field of space technology. Not...
Previous articleNetflix: Are Others Chilling at Your Cost?
Next articleWhat Is QAnon?
© Newspaper WordPress Theme by TagDiv