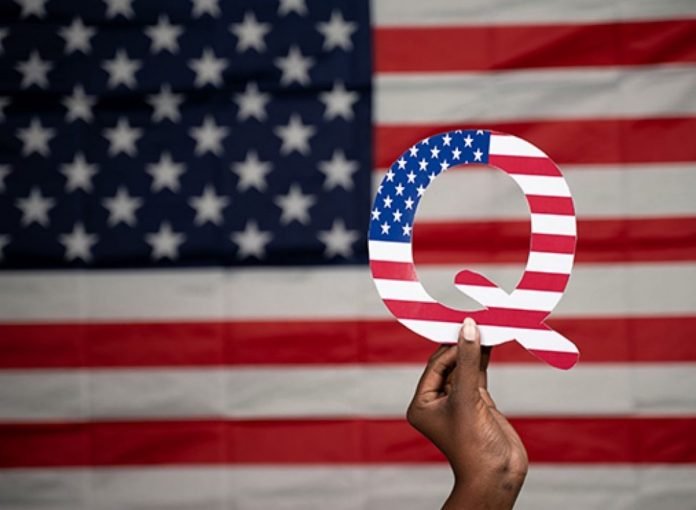 In the past few months, you must have heard the word “QAnon” quite a lot. With the ongoing pandemic and the elections in the United States, the conspiracy theory involving QAnon has increased, and more and more people believe in it every day.

Table of Contents show
What is QAnon?
When Was It Formed?
Their Beliefs
Why A Sudden Rise In Belief?
Is QAnon dangerous?
What is next for QAnon supporters?

QAnon is an ideologically motivated movement with its roots in nonfactual violent and extremist beliefs. The followers of this movement believe in the presence of a cabal or secret sect of Satan worshipping pedophiles, who are members of the elite sections of the society like actors, politicians, and businesspeople. Their goal is to take down Former President of the United States, Mr. Donald Trump.

For the believers, Trump is the only hope to bring back order in the world and defeat the secret sect.

When Was It Formed?

In 2017, a user who goes by the name of “Q” posted that they had sensitive information about the Trump administration as they had the Q level Clearance— given by the US Department of Energy. It is not known if the user Q is a single user or a group. Q is said to be sending messages and instructions using the code “17”—the position of the alphabet Q.

People believe Q to be a saint or patriot.

The people who believe in this theory think that Satanists and Pedophiles run the world. The theory is based on the original fight of man— the original conflict of good vs. evil. In this case, however, Trump is in the good, whereas everyone opposing him is evil and part of this plot. They believe that one of the goals of Trump becoming President was to debunk and expose this entire section of the world and punish them.

The supporters would wait for two events following this theory, the coming of the “The Storm” and “The Awakening.” The storm will be when all the high-ranking people of the cabal would be arrested and punished. The Awakening will be when the entire world would realize that Trump is their savior and QAnon was right the whole time. The realization will lead to a peaceful and great age.

“QAnon is an amalgamation of all conspiracy theories in one belief.”

Why A Sudden Rise In Belief?

The movement of QAnon has been around since 2017 but gained a sudden rise in believers and traction. But what caused this rise? Many believe that the pandemic aided in the increase and spread of this belief. Due to the lockdown, people were forced inside their houses and spent more time on their phones.

The rabbit hole effect of social media, especially YouTube, Twitter, and Facebook, got more people involved. The members of its biggest Facebook group increased by 700%, according to research done by BBCNews. The pandemic caused boredom in people, which lead to them looking for more interesting things and trying to find a reason for everything happening around us. QAnon had an answer for every question, and the answer was Donald Trump.

Another reason for the massive spike in interest of the QAnon was the US Presidential Election of 2020. QAnon is seen as a right-wing movement in complete support of Donald Trump. Trump has even tweeted his support to the campaign, and for the supporters, it was more than they could’ve ever imagined.

People ask if QAnon is just a conspiracy theory floating around the internet, or does it have any real consequences? However, the answer to that was seen by the entire world on 6th January 2021 when the mob stormed The Capitol in Washington. The leaders of the mob were seen wearing shirts of QAnon and holding up QAnon charts. The QAnon shaman, the mob leader, who was seen wearing a fur hat with bison horns, has been a QAnon supporter for a long while and was usually seen holding up boards reading “Q sent me.”

Many people worry for their family members who have become a part of this cult-like movement as they refuse to believe in the pandemic and take any precautions.

What is next for QAnon supporters?

QAnon supporters believed that the inauguration day would be the day for “The Storm” and “The Awakening” would follow. Trump calling the elections rigged, fed into the conspiracy theory and him not believing to have lost, gave the believers of QAnon the green signal to storm the Capitol. However, no blackout took place, no Awakening happened, and Trump was voted out of office.

Some supporters have given up their beliefs and plan on going back to their everyday lives, accepting the new President, while the rest still have a strong belief in it. They still follow their slogan.

Their faith and conspiracies about the cult increase every day.

Who are these "Aliens"? When we talk about aliens, we talk about things that are different and strange to us. But in science fiction, space...
Read more

What does it mean when one says "I'm running out of time"? What is Time? How does it work? Can we measure time? Does it...
Read more

Seth Rich, 27, was an employee of the Democratic National Committee. He was murdered...
Previous article
Sunanda Pushkar’s Mysterious Death Case
Next article
Ashwatthama, The Immortal: The Mahabharat, Kalyug And Its Mystery
Conspiracy theories