Is It Strange That Earth Is Going Dark For 2 Weeks? 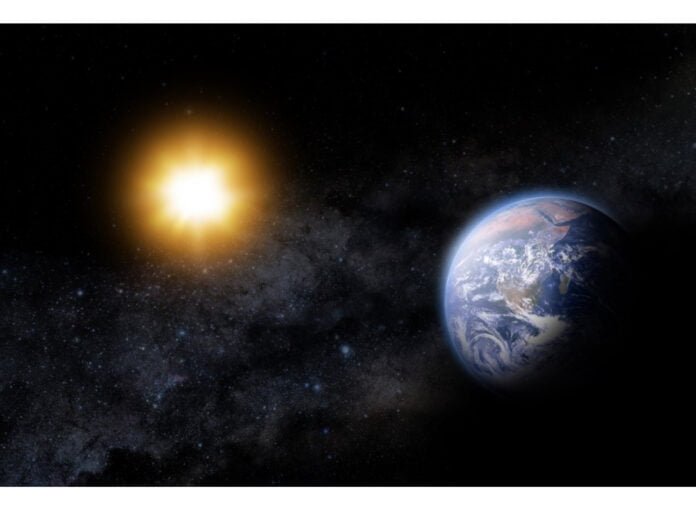 You must’ve read about the Earth going Dark on your social media or even in the Google recommendations. The internet is flooded with a lot of stuff. Good and bad. True and False. But if you don’t know where and what you’re looking for, you might actually step into a whole different world that feeds you fake news. I mean, who wouldn’t be pulled into these types of mysteries even though they are absolute nonsense.

NASA is not real, and The Earth is flat, a black hole that will gobble up the world, the moon will turn green and whatnot. The most recently added hoax to this list is “the Earth will go dark for two weeks.”

I mean, how dark is it going to get? Is the Earth going to shut down for 15 days, or given that our basic light source is the Sun, it has something to do with it?

Well, this thing’s not new. It has been circulated for over a decade now. What better way to spread fake news than to put it on social media? Social media platforms have been trying so hard to erase this off the face of the Earth, but it keeps resurfacing one way or another.

The Earth Will Go Dark Because Of This “Rare Phenomenon.”

The fake article first appeared in 2015 and caused a huge fuss, and then it resurfaced back in 2017. When confirmed with NASA, they said that this was fake news. But NASA also said that darkness is coming, which was about a total solar eclipse on August 21, 2017.

According to this news, the Earth was supposed to go dark for 15 days, from November 15 to November 29. Apparently, this was happening due to some rare phenomenon where Jupiter and Venus come close to each other.

This is another absolute nonsense because we all know that Venus and Jupiter are nowhere close to each other. At the farthest, they are about four hundred million miles away from each other.

The fake news claimed that this “rare phenomenon” occurs “when Venus comes closer to Jupiter, it releases enormous amounts of Hydrogen into its atmosphere, which will be later ejected into space and this will cause a massive explosion on the sun.”

After the explosion, the sun starts to cool down as an after effect, and that’s when everything’s supposed to go dark.

Jupiter is inducing Hydrogen release that causes the Sun to Explode sounds impossible, because it is. Even though Jupiter is the biggest planet in the Solar System, it is very tiny compared to The Sun.

Seems like a plausible plot for a science fiction movie. Famous websites like space.com and Forbes confirmed that this is nothing more than a hoax.

This fake news doesn’t seem to be going away anytime sooner. It re-surfaced last year in a blog called Daily Buzz Live, stating that “NASA put out an alert saying Earth will go dark for 6 days from December 16 to December 22, 2020”.

The blog posted, “The world will remain dark for these 6 days, completely void of sunlight, due to a solar storm which will cause dust and space debris to block 90% of the sun…”

To this, NASA took to Twitter to explain this false claim, “Busting the myth: Despite false reports, Earth will not go dark for 6 days, and we have not issued a statement with this misinformation. Unfortunately, this viral hoax story has circulated off & on during the last decade…”

I mean, it could have made an excellent science fiction story-situation. Anyways, the Sun is not going to turn itself off. Not now, not ever.

The unique Nok Civilization was first unearthed in 1928 when many remarkable terracotta artifacts were dug out by a group of tin miners in...
Read more

Seth Rich, 27, was an employee of the Democratic National Committee. He was murdered...
Previous article
Ashwatthama, The Immortal: The Mahabharat, Kalyug And Its Mystery
Next article
The Green Moon: A Cosmic Event Or A Hoax?
Conspiracy theories