Are you, the Only ‘You’ Present in this Universe? 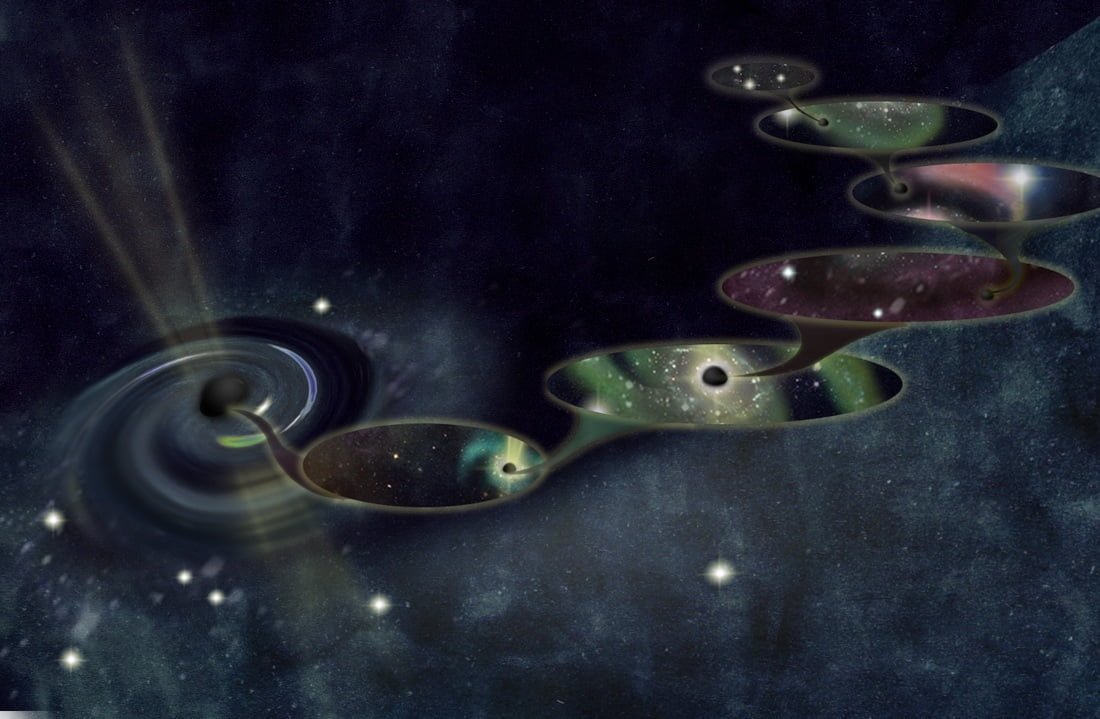 Are you sure this is the only life present in this universe? Well, think again.

Table of Contents show
What is alternate/parallel universe?
Theories about why alternate reality exists
1. The double slit experiment
2. A Repeating Universe
3. Supernatural Activity
4. The Fourth Dimension
5. Dreams
6. Alter Vu and the Mandela Effect

What is alternate/parallel universe?

Theories about why alternate reality exists

A material with two slits in it are made to pass through a beam of electrons to see how they impacted the wall behind the material. The researchers, however, discovered something new. Instead of producing two slit marks on the wall behind the sheet, it produced a wave-like pattern. Being particles, the electrons seem to act like waves. They interfered with each other even when only one was fired at a time. Strangely, when they added a camera to see which slit individual electrons were going through, suddenly they started to act more like particles.

This observation suggested that the electrons were aware that they were being observed. The electrons are actually existing in multiple places at once. This is known as Superposition, which itself proves that,
A) We don’t know as much about the universe as we thought we knew
B) It is possible that a number of things exist in multiple places, i.e. different realities.

There are many who claim that the Big Bang itself could be proof that there are other worlds. A theory suggests that The Big Bang was so powerful, it created along with the universe with everything in it. Something called the eternal return. It suggests that our universe is bound to repeat itself over and over again. If so, it could also mean that there may be an infinite number of parallel universes.

This could contain a world exactly like ours. This is with the same people, stories, and history, though it could also differ slightly. An infinite number of universes with an infinite number of variables. Let’s take this as an example, you might have brown eyes in this world.

There are many supposed sightings of ghosts and other paranormal activities. Many think that this is evidence of an afterlife where supernatural beings are actually deceased people from the past. Others believe that they might actually be living beings from a parallel universe.

Ghosts may actually be a vision into alternate realities and timelines that exist almost in unison with ours. The spectral humans that so many have claimed to have witnessed might actually be flickering into our world from theirs’. By that same logic, you might also be occurring on their side too.

Another explanation for ghostly apparitions could be that there are humans that live alongside us. But they exist in a realm that we can’t actually perceive with our senses.

Our current understanding of the universe is that it exists through our perception of the three dimensions we live in – length, width, and height. But we are actually able to get glimpses into the fourth dimension from time to time.

Some call it a Spiritual Plane, a place where energy is self-aware and conscious in many ways. Scientists have presented many ideas using quantum theories about this.

They say that breaching the fourth dimension barrier would essentially be traveling through time and landing on what can only be described as an alternate Earth. Whatever the parameters are for existence in dimensions beyond our own, we are able to experience it. It changes how we view reality forever.

Despite science being able to explain numerous things, we are not that much closer to understanding how our brains work. Aside from pinpointing which location in the brain a thought or action comes from, there’s still so much that is unknown. One of these unknown phenomenons are dreams.

No one truly knows what dreams actually are. There are theories suggesting that they are the brain’s way of filing away memories. The brain could also be shutting down to deal with physical or mental stress. However, some scientists suggest once, in REM sleep, it’s the closest we’ll ever get to an alternate world.

A lucid dream or a regular one, the thought of being able to glance straight into an alternate world and experience things you wouldn’t normally go through while awake. This sure is truly fascinating.

6. Alter Vu and the Mandela Effect

Apart from deja vu, there is alter vu – when someone remembers a completely different past altogether. There’s also deja vecu, which is the feeling when you know what’s about to happen in the next moment.

Another evidence is called the Mandela Effect. This is a psychological phenomenon in which a person recalls a memory that didn’t actually occur.

Conspiracy lovers can never get enough of the phenomenal bestseller, ‘The Da Vinci Code’ by Dan Brown, combining historical timelines of events with fictional...
Read more

Remember the time you were 8, lying on your back on the terrace or...
Previous articleIs Malala Yousafzai An American Spy, Helping Pak To Get Funds?
Next articleElvis Presley, Is He Dead Or Alive Enjoying His Retirement?
Conspiracy theories