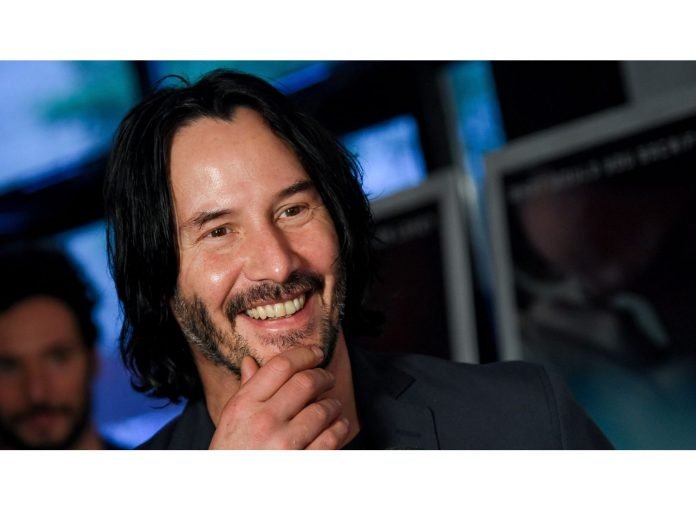 Keanu Reeves has been in the film industry for nearly 3 decades now, and you have to be living under a rock to not know about him. With the release of his movies “My own Private Idaho” in 1991 to “The Matrix” in 2003 to “John Wick: Parabellum” in 2019, Keanu Reeves has managed to have a special place in everyone’s heart. It is not only his movie persona but his words of wisdom and acts of kindness that have won over the public. But is all this charm natural, or does it come with his long, long time spent of on this planet?

The claim of Keanu Reeves being an immortal began some ten years ago when a site “keanuisimmortal” was published. It was sprung forward from a thread on Reddit and is now a place for all the conspiracy enthusiasts to talk about Keanu Reeves’s immortality. Detailed explanations support every claim on the site, and the creator of the site, who goes by the name Davide, gave his official statement saying, “I 100 percent believe in this theory.”

Keanu Reeves was supposedly born in 1964, but investigations suggest that he might have taken birth in 784 A.D.

Charlemagne (748-814) was a Roman King, and aside from the striking resemblance that he shares with Keanu, there are a few facts about him that sound a little suspicious. He named his son as the heir to his throne just before dying as if he knew he would die (or was going to fake his death). His burial was also hurried due to the weather, giving rise to more and more suspicion.

Keanu Reeves’s uncanny resemblance to the French doctor and actor Paul Mounet was the first time someone noticed that an immortal might be living among us. The actor allegedly died in 1922, but his body was never found. In 2010, his Wikipedia page stated that :

“PAUL MOUNET CURRENTLY ACTS UNDER THE PSEUDONYM KEANU REEVES. THE SOURCE OF HIS ETERNAL YOUTH IS NOT KNOWN.”

This stayed up on Wikipedia for almost two weeks. The similar profession and the obvious resemblance make up quite a case.

Keanu Reeves is known for his movies with a cult-like following. It is also believed that Keanu is giving some kind of hints with his movies. First “Bill and Ted” where his character gets to meet historical figures first hand through a time-traveling phone booth, then “Dracula” then “The Matrix” where his character lives in an alternate computer reality or his role in “The Lake House” where his character sends love letters to his beloved who lives two years away and his recently released role in the video game “Cyberpunk 2077” which suggests that he will be alive in 2077 as well.

All these shreds of evidence are like an autobiography of Keanu. He plays the roles of time travelers and immortals because he is the only one qualified to do so!

His Interview With Jimmy Fallon

Fans of this theory are enamored with Keanu for many reasons, one of them being that he never denies these theories. In an interview with Jimmy Fallon in 2017, he was shown pictures of “old dudes” who look like him.

He kept throwing witty remarks throughout the segment to derail the audience but never actually denied any claims. He even knew about the website beforehand!

His Wisdom And Kindness

Be it his iconic response to Stephen Colbert’s question of what happens when we die “the ones who love us will miss us” or the time he bought an ice cream cone he didn’t need to autograph the receipt for a 16-year-old, everyone is in awe of this man’s gentleness and love how down to earth he is.

He is constantly named as one of the kindest people in Hollywood, and he donates millions to charity. However, many believe that his humbleness comes from being alive for centuries. He has had time to learn and fall and grow, and now he has become the perfect man.

He likes to maintain a low profile and is only seen on tv whenever a new movie is out. He has an old soul, and listening to him talk and answer questions shows the wisdom he hides. Of course, wisdom acquired over the years.

We can believe that he is, in fact, just a nice Hollywood actor, who donates to charity, is helpful and kind, and just happened to age beautifully. But Keanu Reeves is immortal; it is really more of a believable theory.

And as he likes to say,

If you don’t know who Adolf Hitler is, you’re probably living under a rock or you didn’t take up History in school. Adolf Hitler,...
Read more

The Tale of the Secret Tomb of Tu Duc, Vietnam’s Emperor

Tracing the antiquity of Vietnam, the nation was ruled by many emperors during its long, frictional and turbulent history. Emperor Tu Duc was one...
Read more

Seth Rich, 27, was an employee of the Democratic National Committee. He was murdered...
Previous article
Bindi: Evolution Of The Hindu Forehead Dot
Next article
Is Climate Change A Potential Crisis Or A Devised Plan?
Conspiracy theories